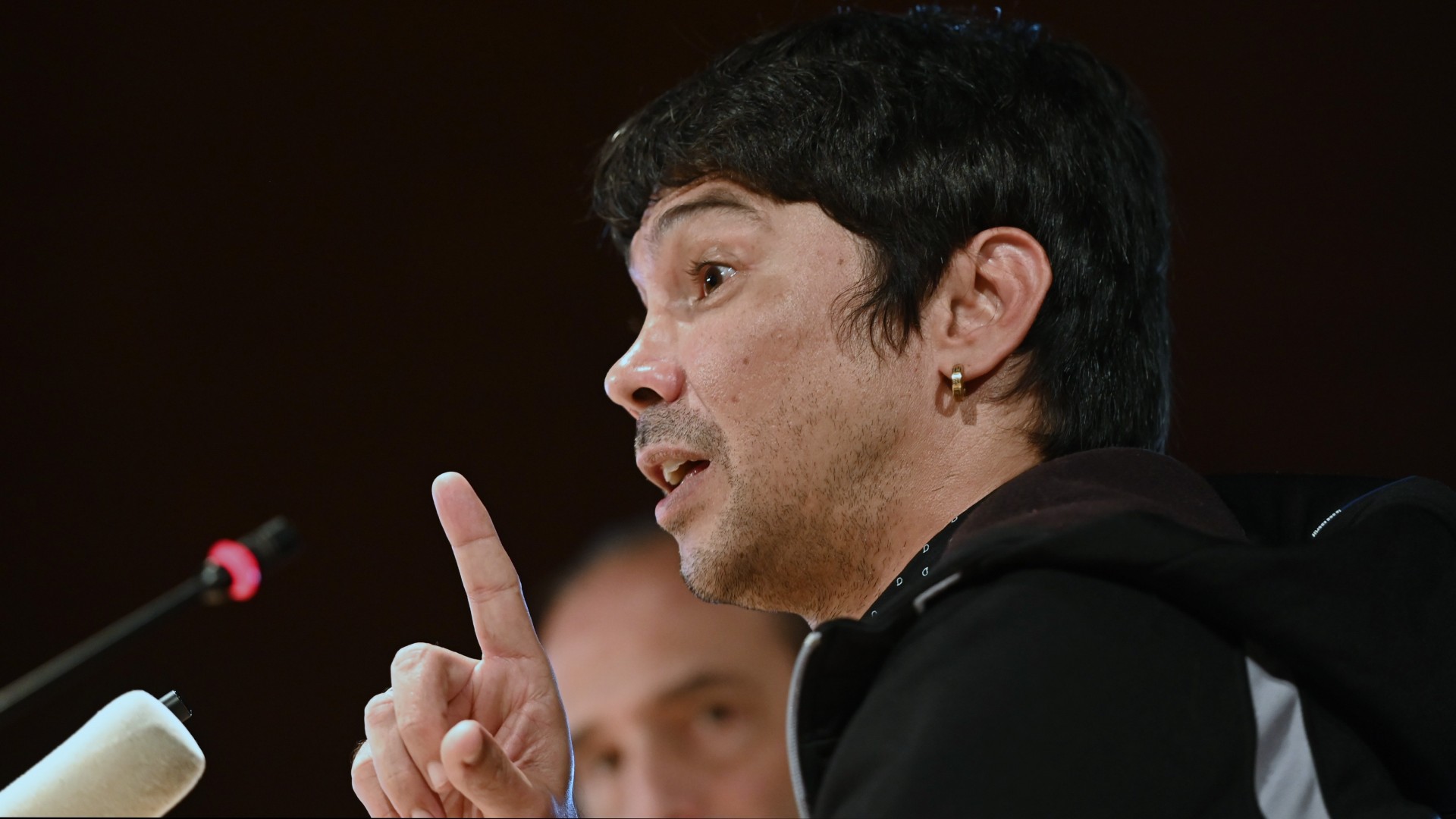 The Cuban opponent Yunior Garcia, who arrived in Spain this Wednesday after fleeing Cuba, has assured that the island’s authorities let him leave “because if they condemned me or killed me they turned me into a symbol“.

“They thought I was going to ask for asylum in Spain and get rid of me, but I’m not going to give them the pleasure. I am thinking of returning, and when I am ready I will return, “he said at a press conference in Madrid, where he is staying with the same friends who helped him flee from Cuba, according to himself.

“I don’t know how many years they were going to sentence me to but I think His strategy was to keep me imprisoned in my house, without internet, without visitors, incommunicado, and silence me, and all I have is my voice, I couldn’t keep quiet. That is why I decided to leave Cuba and come to Spain “, explained García.

“I have not requested asylum, my intention is to return to Cuba. But I do not want to do it with anger. (…) I needed to heal that anger so as not to stop being pluralist and tolerant and then return to take up the fight when my life and that of my wife is not in danger in Cuba, “he added.

Yunior García: “I am not going to rest until all Cubans can enjoy their rights”

García has assured that has yet to meet any member of the Spanish government, although he was grateful that “they gave me the visa because if not I don’t know what would have happened to my wife and me“.

This Thursday the Minister of the Presidency, Felix Bolaños, has confirmed that the Executive of Pedro Sánchez helped García by granting him the visa.

The playwright and actor has explained that applied for a visa at the Spanish embassy before the planned action of marching alone along the Malecón in Havana, in view of the opposition march called for the 15th, it was not going to be possible to celebrate. Finally, García could not carry out his individual protest because a concentration of people in front of his house prevented him from doing so, “shouting offenses at me, terrorist, mercenary.”

“I was practically convinced that they were going to arrest me, and that is why two days before leaving alone I had applied for a visa at the Spanish embassy. I thought that with a visa I could negotiate my release from prison. On the 14th I was convinced that they were not going to arrest me. (…) When I found out that they had given me a visa, thanks to friends whose names I cannot reveal, they managed to get me out of my house, take me to a safe place and then to the airport. “

García has reported that a police patrol saw him leave the house but did not stop him. “I think they knew about my trip and said ‘let’s let him go’. I thought that before getting on the plane the state security would appear (…) but they never appeared. ”

“If they had wanted to, they would have prevented me from leaving. The reason is because they thought they had a victory with it. But the problem that Cuba has is not called Yunior García, it’s called dictatorship“.

See also  The autopsy of Esther López shows internal trauma, but does not clarify the cause of death | Spain

“The Cuban government has lost the support of the majority”

The playwright and leader of the Archipelago movement considers that the Cuban government, chaired by Miguel Díaz Canel, “they have already lost most of them and that is why they are afraid “. “The majority who did not leave on the 15th out of fear, no longer support them,” he added, while calling the government “mediocre.” “They are not in control of the minds, only of the blows.”

Garcia has criticized the left who continues to support Cuba out of “nostalgia.” “You have to break the immature vision and call things by their names. What are we defending in Cuba? [El gobierno] they are a group of bureaucrats who behave like bourgeois, with companies that exploit their workers, they are manual conservatives, who repress their youth. ”

“Most of the young people who take initiatives are progressive – Yunior García has assured at another time during his appearance – We believe in social justice, we fight for rights for all Cubans. The dictatorship, the tyranny, the regime behaves like a conservative caste no progressive ideal. “

The opponent too has criticized the United States embargo against the island, because it is the “perfect excuse for the regime, and if they lose it they run out of arguments.” “Sometimes I think that the US is the main ally of the regime, because it sends tons of excuses”, he has ironized.