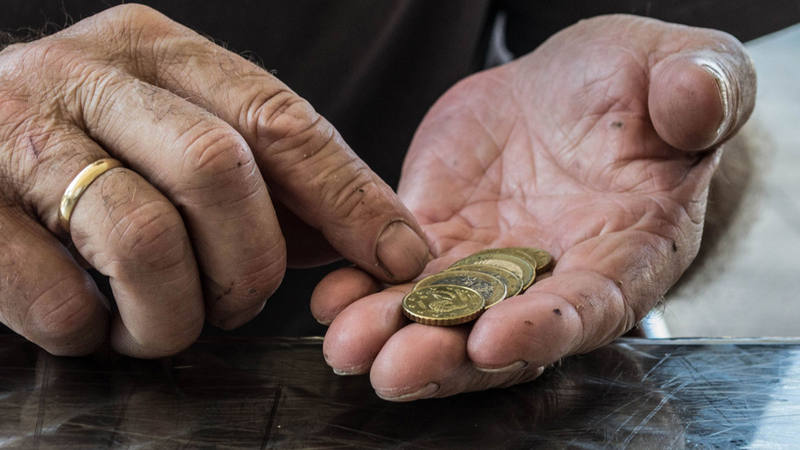 Most of the political parties in Congress, PP, Vox, Ciudadanos, ERC, JxCat or PDeCat, see a “patch” or an insufficient and temporary measure the agreement that the Government has signed only with the unions, and that will mean an increase in contributions of 0.6 points from 2023 to 2032 in order to pay the pensions of the baby boom generation ‘.

ERC, one of the investiture partners of the Executive, has launched the notice that the problem of pensions is not one of spending, but of income and he recalled that of the 55 amendments presented to the Government in the budgets and related to pensions “there is still no answer.”

“The main problem is the precariousness at work,” he pointed out, while explaining that those who pay pensions are groups vilified by formations of this chamber “such as immigrants.

Esquerra, who also asks to raise the minimum pensions to 90% of the minimum wage and doing an audit in the Social Security to see how these benefits have been paid for years, he has asked for “answers” from the Government. “It is ostensibly improvable. I would like that so much confetti was not sold by the Government around something that is clearly not solving the problem of pensions,” he stressed.

Even United Podemos, a coalition partner of the Government, which has signed the agreement together with the unions, has indicated that although it is a “good agreement” it is “limited.”

PP, Vox and Cs, the most critical

For its part, PP, Vox and Ciudadanos have been much more critical with the agreement that has been reached without the approval of the Spanish Confederation of Business Organizations (CEOE).

For him PP, the Government is on “a path that is not correct” and that is the opposite of job creation. In this sense, they have considered that the rise in contributions is a “labor tax”. “If labor costs continue to tighten, with a labor tax, who is going to hire in the country and who is going to create jobs?”, Asked the PP spokesperson in Congress, Cuca Gamarra.

Too Vox has agreed that “raising prices is making employment more expensive” and has congratulated the CEOE for its “enormous courage” in getting up from the table and not accepting this measure after years of “swallowing” with the Government. For the Vox spokesperson in Congress, Iván Espinosa de los Monteros, the measure will mean a cut and will reduce employment.

The deputy spokesperson for Citizens, Edmundo Bal, has regretted that the pact has not been closed with the agreement of the employer and suppose a “patch” that will lead to the breakdown of intergenerational equity by “burdening young people with more contributions and not guaranteeing their future.” In addition, he has warned that this measure has not been agreed upon in Parliament.

Also, the PDeCat sees “a serious mistake” that the Executive agrees a reform with a part of the social agents and believe that you are going to approve it in the Cortes Generales. PDeCat deputy Ferrán Bel has indicated that in the amendments proposed in Congress to the draft Law on pensions, they propose other types of measures related to the replacement of workers who are retiring so that wages are not reduced.

Too JxCat considers that raising the prices is a “temporary and very short-term” solution, although the parliamentary spokesperson, Miriam Nogueras, has stated that the generation “that has sustained the pension system” cannot be left behind.