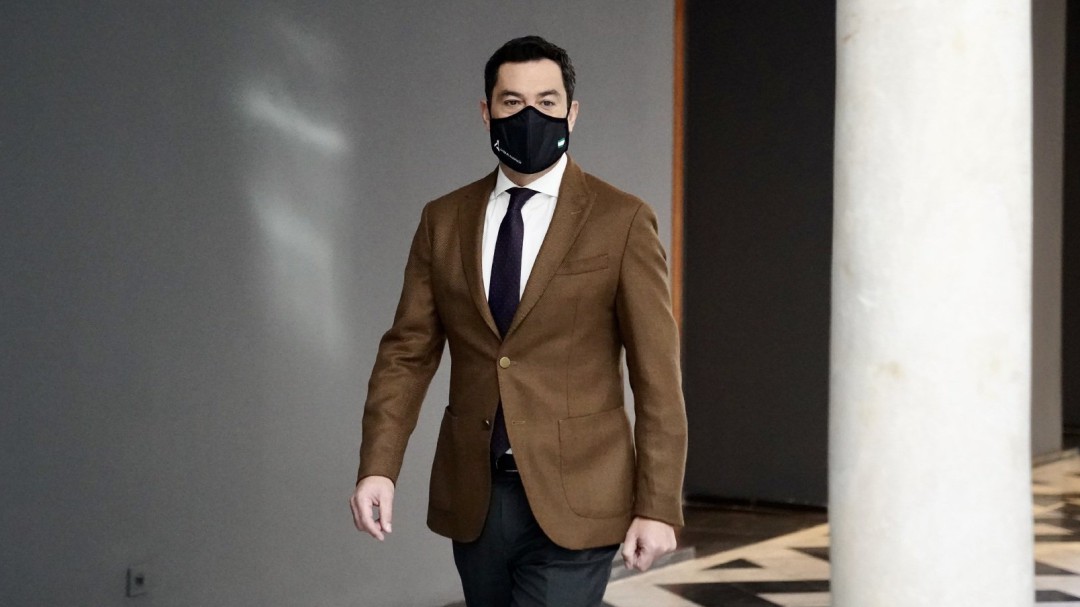 The opposition parties, PSOE, Vox and United We Can, have knocked down the Andalusian Budget Law Project for 2022 of the Government of PP and Citizens on Wednesday, forcing the extension of current accounts, which in practice will mean giving and a kick-off for the upcoming election year, whether there is advancement or not.

The debate on the totality of the budgets has not given rise to surprise and these three political groups, together with the non-attached deputies of Adelante Andalucía, have added their support in the joint vote of the three amendments to the totality that they had presented. which has left the coalition Executive in a parliamentary minority.

The last time the budgets were rejected in the Andalusian Parliament was in 1995, in what is known as the “pinza” era, in which the PP and IU joined their votes to return the accounts of the then socialist president, Manuel Chaves, who convened early elections for early 1996 and won by absolute majority.

Andalusia will thus face the electoral year from January 1 with the current accounts extended, which will make management difficult, and from this moment the political and media debate will intensify on whether the president, Juanma Moreno (PP), is going to advance or Not the elections, which are officially set just one year from now, at the end of November 2022.

Moreno has assured this Wednesday that the rejection of the budgets “obviously” will not lead to an electoral advance but has regretted that it supposes “a beginning of the blockade” of the PSOE and Vox to the activity of the Government, the only reason that he always cites as hypothetical justification for the advancement of the elections.

For now, it is expected that tomorrow these two parties will facilitate the approval of the Land Law (LISTA), one of the star laws of the Government of PP and Cs.

The Minister of Finance, Juan Bravo (PP), has lamented the failure of the accounts and has guaranteed that they have tried to “do everything possible” to have a budget, offering “the possibility of reaching agreements until the last moment.”

He has warned of the “negative effects” of the extension of the accounts, since it will put the recovery at risk because it will lead to problems in investments and the execution of European funds.

The PSOE-A parliamentary spokesperson, Ángeles Férriz, has assured that Moreno has done everything “humanly possible” to leave Andalusia without a budget, and has added: “with you there is no future in this land.”

He has described the bipartite government as “trilero” after recalling – literally – the words of the vice president of the Board, Juan Marín (Cs) in which he called the approval of the accounts in an electoral year “stupid” and that they met by a leak.

The parliamentary spokesman for Vox, Manuel Gavira, has demanded the urgent call for elections, has assured that they will not be part of the “farce” of the Andalusian Government and has warned Moreno that they will not have his support: “Time with you will be it’s over, “he told her.

Gavira has denounced that the “act of generosity and commitment” of his party with the change has been “betrayed” by the Government of PP and Cs and considers that the Government has only dedicated itself “to managing the socialist heritage and Vox that no longer He is going to spoil it. “

See also  The men who regained the championship: How the Celtic players fared on famous night Tannadice

The spokeswoman for United We Can (UP), Inmaculada Nieto, has disapproved of the “failed” policies contained in the budgets and has accused the Government of a lack of credibility, of making a bad budget and of chronifying the problems of Andalusia.

The parliamentary spokeswoman for Ciudadanos, Teresa Pardo, has charged against the PSOE and Vox and has warned them that they have “many days of frustration” because the fact that “the accounts fall does not mean that this government falls” of the PP and Cs .

On the part of the PP, its spokesman, José Antonio Nieto, has accused the PSOE-A, Vox and United We Can of “inventing a story” to knock down the budgets and has argued that the “reality” is that they have placed their priority in the elections .

Struggling with the cost of living? The Tories think it’s all your own fault