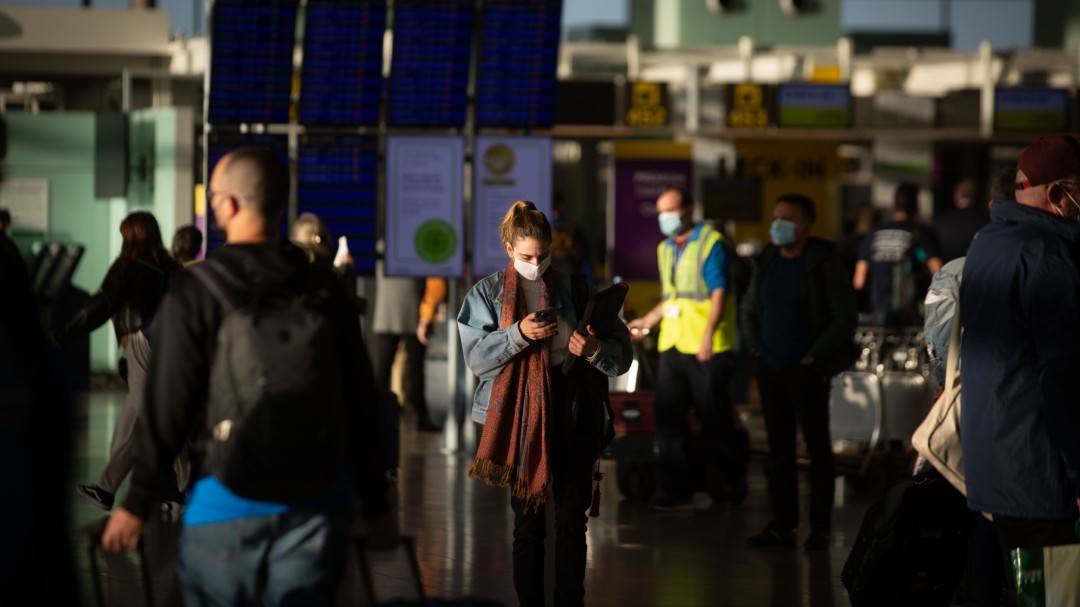 Since this Friday the WHO showed a “greater risk” for the new variant of the coronavirus, Ómicron, many European countries have shielded themselves to prevent transmission. A) Yes, United Kingdom, Germany, Italy, Austria, Czech Republic and Turkey on Friday they banned flights to or from South Africa and six other African countries as a measure against the new variant. Also in America, Australia, Brazil, Mexico, the Dominican Republic, Peru and Guatemala put restrictions on travelers from the countries affected by the variant.

In this way, cases have already been confirmed in Belgium, the Netherlands, Germany, the United Kingdom or Italy. The Higher Institute of Health of Italy has confirmed this Sunday the first case of the Omicron variant of the coronavirus in Italy, specifically in a sequenced sample in the Laboratory of Clinical Microbiology, Virology and Bioemergency Diagnosis of the Sacco Hospital in Milan. The sample belongs to an individual who returned from Mozambique ten days ago and is in good health, as are his contacts and family, according to the Italian news agency AGI. Five people are in isolation.

The positive patient lives in Campania and the sample was analyzed by in Milan at the request of the Campania Region, according to the Higher Institute of Health. Samples have already been taken from the patient’s contacts and laboratories in the Campania region have been alerted to begin genomic sequencing and detect other possible cases. The man who has tested positive, a manager of a multinational company, has received both doses of vaccination and is asymptomatic. The positive was detected when he was trying to board another plane to Africa for work reasons.

Half the world shields itself from the risk of Ómicron

Also Australia, which confirmed its first two cases this Sunday. The Government of the state of New South Wales has indicated in a statement that the two travelers, vaccinated with the complete schedule and asymptomatic, arrived in Sydney on a flight from Doha, where they had made a stopover after leaving a southern African country. .

The two positives have been sent to a quarantine center like the other twelve passengers who came, via Doha, from southern African countries while the crew and the remaining 260 passengers are considered risk contacts and must remain isolated. For this reason, Australia prohibits from Saturday the entry into its territory to non-Australian travelers or residents in the country who have visited in the last 14 days South Africa, Namibia, Zimbabwe, Botswana, Lesotho, Swaziland, Malawi, Mozambique or the Seychelles Islands, where the omicron variant is suspected to be circulating.

The Israeli government has also announced the closure of borders to foreign nationals for two weeks starting Sunday night in response to the emergence of the new variant of the coronavirus. The Israeli authorities have confirmed a case of the new variant and are investigating another seven possible cases, which has led to an extraordinary meeting of almost three hours of the Council of Ministers held this Saturday to agree on new restrictions.

In addition, the country’s health agencies are working on locating another 800 people who may have been exposed to the new variant. Thus, the Deputy Minister of Defense, Alon Schuster, has confirmed that, given the first reports, it is feared that Ómicron is more infectious than previous strains. “The variant that was discovered is worrying (…) It seems that it could be more contagious, so we are taking measures as quickly as possible,” explained the deputy minister.

The measure is still pending formal approval, but it provides that Israeli citizens from any country, including those vaccinated, must serve three days of isolation after entering Israel. Travelers arriving in Israel will undergo a PCR test at the airport and will have to take another test three days later, and only after the negative can they leave isolation. Unvaccinated Israelis will have to complete seven days of isolation and undergo tests at the beginning and end of the period.

The United Kingdom announced this Saturday measures to stop the contagion of this variant. Thus, the British Prime Minister decreed that anyone who enters the country A PCR test should be done at the end of the second day after entry – instead of an antigen test – and isolated until a negative result is obtained, even if the total vaccination schedule is available. Similarly, it has reintroduced mandatory masks in stores and public transport.

Spain, for its part, Without any case detected for now of the Omicrón variant, he also announced the tightening of controls at the entrances for travelers from several African countries, and they must present a negative test even when vaccinated, and those from the United Kingdom, who will only be able to enter with the vaccination certificate