Skip to content
Home News The New Year’s Concert: the palms of the Radetzky March as a symbol of recovery | Culture 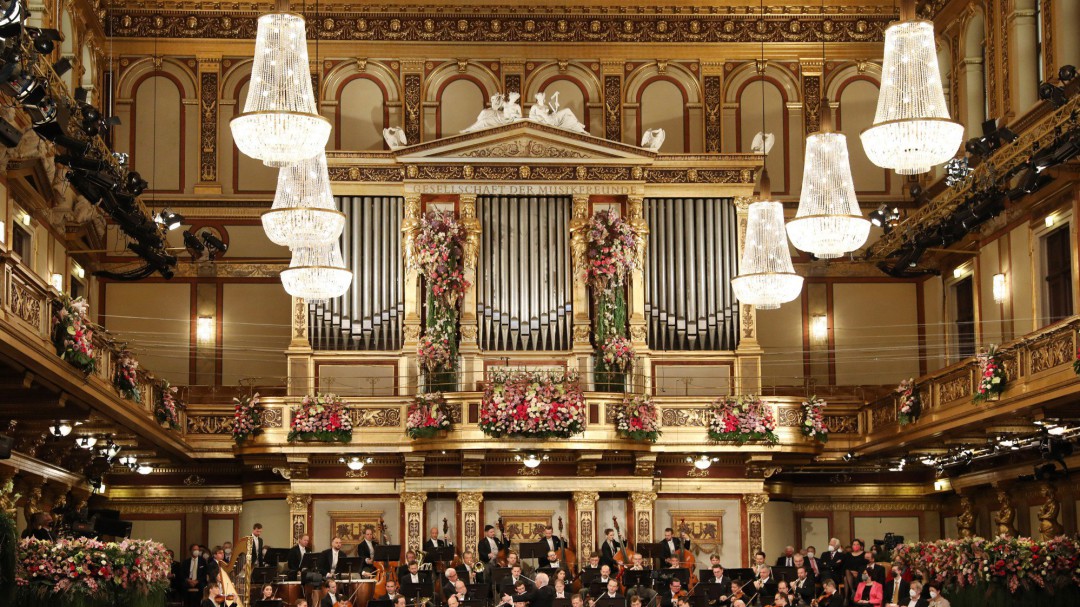 Neither the Second World War nor the pandemic have managed to suspend it since 1941 the New Year’s Concert, event that opens the cultural season and brings together millions of viewers around the world on television and now also through the streaming, for free, on the Medici.tv platform (a kind of Netflix of classical music). Last year’s edition was emotional, but somewhat decaffeinated, not because of the music or because of the Vienna Philharmonic Orchestra; But because the coronavirus left the Golden Room (Goldener Saal) of the Musical Society, the Musikverein, of the Austrian capital without an audience.

In 2022 the pandemic has continued to be present. From the masks of the lucky ones who have been able to get a ticket – and allow themselves to pay for it – to the previous measures that the musicians have followed, none without vaccinations and without a negative test, to the reduced capacity. Nevertheless, The energy of Daniel Barenboim, Argentine, Spanish and Israeli composer, who was directing the event for the third time, have managed to give a feeling of almost normality after the controversy: those musicians who had not been vaccinated were removed.

“A thousand people is not ideal, but it is more than bearable,” said Barenboim in the presentation of the concert. “This is going to be very special in these difficult times,” said Barenboim a few days ago and it was. The director has been in charge of the Berlin Staatsoper and Staatskapelle since 1992. He has also conducted the Paris Orchestra, the Teatro alla Scala in Milan and the Chicago Symphony. A fighter for human rights.

It is not usual, but Barenboim has given a little speech after the congratulations of the new year, the one that precedes the two encores, two of the most popular and well-known works, The Blue Danube and the Radetzky March. “We should take the example of this united community, this is the way to combat this terrible virus”, said in English the composer, great star of a successful and vital concert. “The virus is not only a medical human catastrophe,” explained this combative artist involved in various causes.

According to tradition, the music is mainly from the Strauss family mixed with other contemporary composers. In the first part, more serious and brief, we have listened to works by Johann Strauss Sr. and his two sons. The Phoenix March The concert has started, one of the novelties of this edition, written in 1861 for the inauguration of the Nuevo Mundo amusement park in Vienna and which refers to Greek mythology. An evocation of the times we live in, Barenboim said at the press conference a few days ago, with that reference to the rebirth of the phoenix from the ashes.

The first part was marked by a tribute to the press and to democracy and freedom of expression, with the waltz Morning newspapers by Johann Strauss Jr., a work that opened the first New Year’s Concert in the year 39 and that has only sounded six times to date. The fast polka by Joseph Hellmesberger entitled Short announcements. It was not the only tribute to the press, since to end the first part, the fast polka sounded Little chronicle, by Eduard, the youngest of the family, a piece was premiered in 1875 at a ball held by the Viennese press association. It has been one of the novelties of this year by an orchestra and a director who have not stopped smiling and enjoying every moment.

The break has been the moment for the documentary Apollo Mission. Austrian World Heritage, by Georg Riha, where the musicians of the Philharmonic appear in different mythical places in the country followed by an Apollo butterfly. That started the second part with the funny overture by The bat by Johann Strauss Jr. Followed by the musical scherzo of the polka Champan by Johann Strauss Jr. who has literally brought a champagne toast on stage. Another of the additions of this 2022 has been the waltz Night owlsby Carl Michael Ziehrer, rival of the Strauss, also with a meaning related to drinking and partying in a year in which the nightlife has continued to be canceled. The orchestra has surprised the audience by emotionally singing this waltz, the musicians sing lyrics where they wonder if they should go home or continue partying.

After the well-known Persian March and the Waltz The Thousand and One Nights, followed by Greetings to Prague. It has also sounded Goblins by Joseph Hellmesberger Jr., a piece that alludes to a traditional German fairy tale, which tells how some goblins cleaned houses in the city of Cologne. As always, one of the most beautiful waltzes in the world, The Blue Danube, and the Radetzky March ended this brilliant concert, increasingly global and with a certain political and vindictive charge, brand Barenboim. The composer, who will turn 80 next year, also wanted to send a message about the importance of music and the little interest of governments and politicians towards it.

The concert ends and the next one begins to be prepared, the one that we hope no longer has any reference to the pandemic. On February 1, the ticket raffle begins for the 2023 edition, whose price ranges between 35 and 1200 euros.

The waltz ‘Wings of the Phoenix’ by Johann Strauss Jr.

The mazurka polka ‘The Mermaid’ by Josef Strauss

The overture to ‘The Bat’ by Johann Strauss Jr.

The musical scherzo of the polka ‘Champagne’ by Johann Strauss Jr.

The waltz ‘The Thousand and One Nights’ by Johann Strauss Jr.

The polka ‘Greetings to Prague’ by Eduard Strauss

The polka ‘Nymphs’ by Josef Strauss

The waltz ‘Harmony of the Spheres’ by Josef Strauss

The fast polka ‘On the hunt’ by Johann Strauss Jr.

The waltz ‘The Blue Danube’ by Johann Strauss Jr.