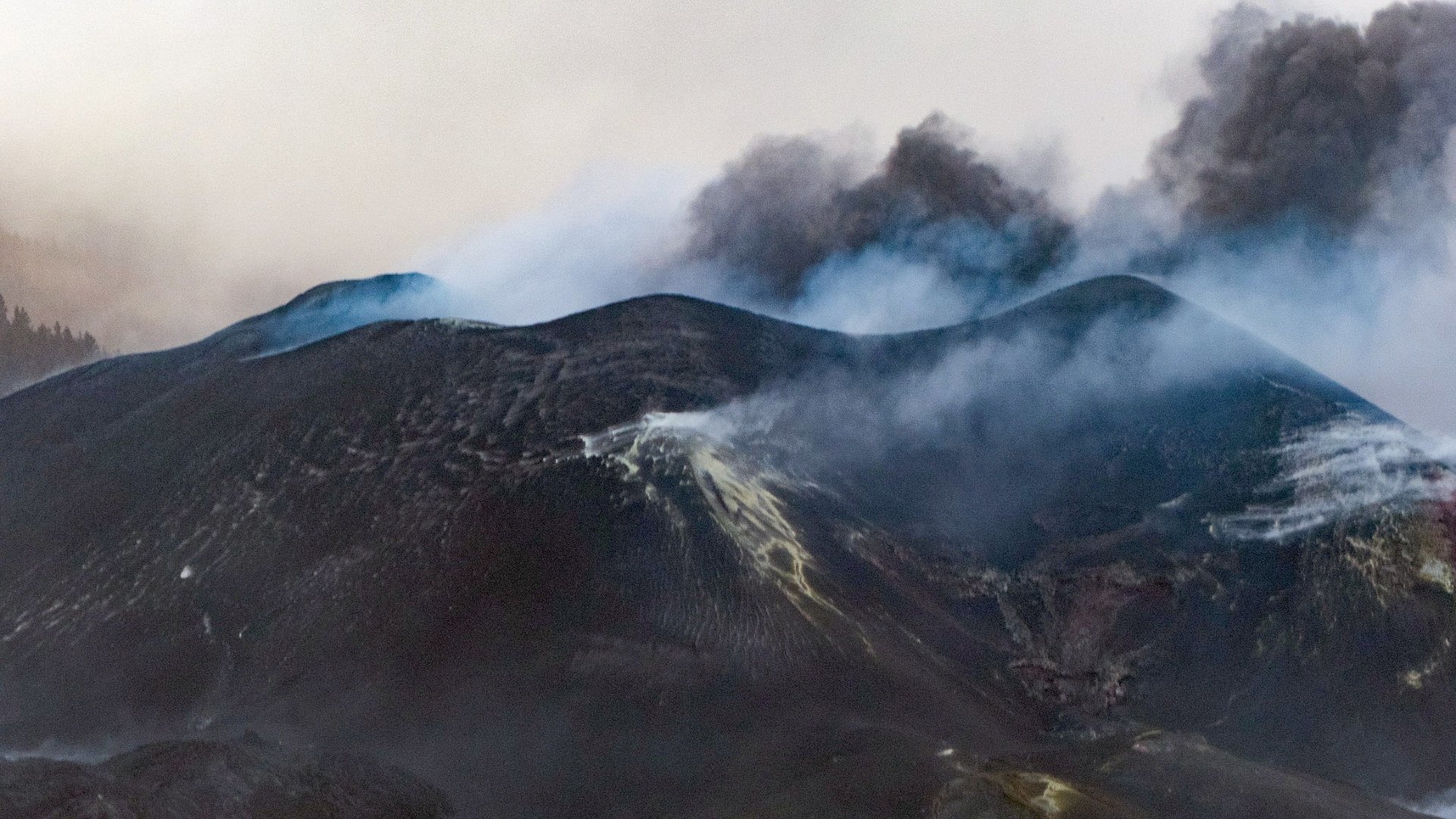 The volcanic eruption of Cumbre Vieja, on the Canary Island of La Palma, has entered its twelfth week of activity with several streams advancing west towards the sea, one of which has already reached the cliff in the area of ​​Las Hoyas and it’s spilled over the fajana or low island formed by the lava from the volcano, as confirmed by the spokesperson for the Pevolca Scientific Committee Carmen López.

On the 78th day of the volcano’s activity, a low number of earthquakes and a still high emission of sulfur dioxide (one of the key indicators to know the possible end of the eruption), although this Monday all accesses were reopened to the exclusion perimeter for irrigators and evacuated residents.

The stream that emerged west of Montaña de Cogote this Saturday has reached the cliff in the area of ​​Las Hoyas and It has spilled onto the fajana or low island that is forming the lava from the volcano.

Seismicity continues under the central area of ​​Cumbre Vieja in the same areas of previous days, indicates the National Geographic Institute in its latest report and remains at low levels, although at night there was an earthquake felt, “there are not many earthquakes, but It seems that there will be more than yesterday, with which we are once again breaking the trend, “said the volcanologist from the National Geographic Institute, Rubén López.

Regarding air quality, it continues to emit large amounts of gases, which in recent days prevented access to work areas to monitor the volcano in the southern area and in recent hours, the haze has made the air quality be unfavorable.

The volcano presents “a great explosiveness”

The volcano has registered “a great explosiveness” this Monday, according to what the IGN volcanologist Rubén López has assured in statements to TVE, something that he has pointed out, they monitor because “the volcanic building is not very resistant […] especially the part of the posterior cone “.

The amplitude of the volcanic tremor signal (the vibrations caused by magma in the volcanic building) remains at low levels and is just as stable as in previous days.

Regarding the deformation of the terrain, the network of permanent stations on the island, according to the National Geographic Institute, does not show a clear trend in the deformation of the nearest stations to the eruptive centers. In the rest of the stations, the slight deflation possibly related to deep seismicity has stabilized, except in LP01, which continues to register it.

The ash cloud from the volcano reached a height of 2,500 meters in a westerly direction on Monday.

Open all accesses in La Palma for residents and irrigators

The Cabildo de La Palma has reported that this Monday they are all accesses open for residents and irrigators from vacated areas as a consequence of the volcanic eruption they can access them.

The accesses are open both by sea and by land, once the presence of toxic gases that come from the volcano that erupted in Cumbre Vieja, in the municipality of El Paso, has decreased on September 19.

During the day on Sunday, access to these areas was closed in the south, and the Cabildo de La Palma recalls that the measures may vary depending on the weather conditions and the evolution of the eruptive process.

Meanwhile, another wash that emerged this Saturday north of the Cogote Mountain joined in the last day to wash number 9 and in his wake he took new homes ahead, as explained by the technical director of Pevolca, Miguel Ángel Morcuende, during a press conference with the volcanologist of the National Geographic Institute (IGN), Carmen López, after the celebration this Sunday of the scientific committee.