Skip to content
Home News The narco Ginés arrested after a raid in Cádiz, Seville and Córdoba | Andalusia 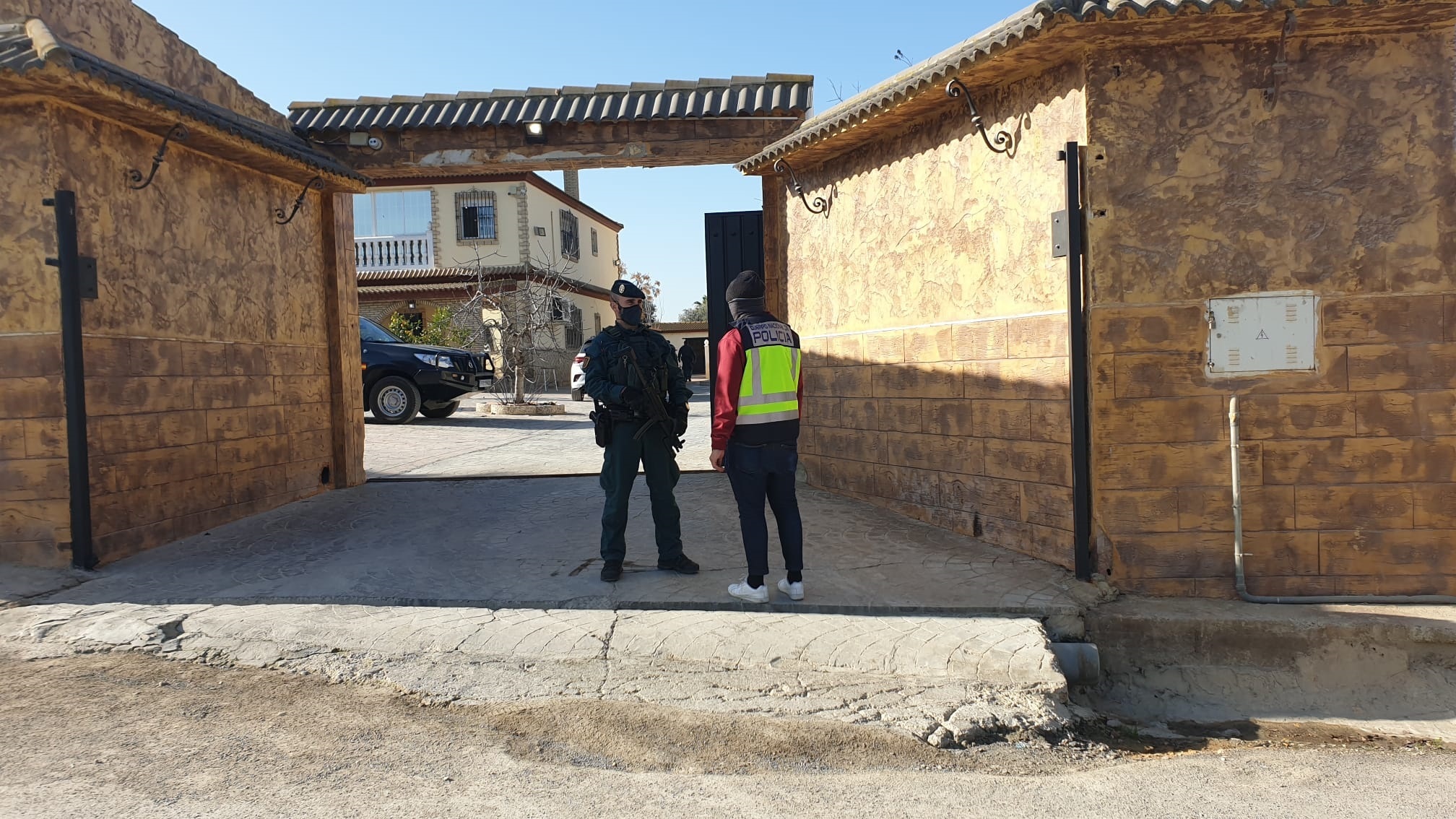 Ginés is a multifaceted criminal. So much so that, at 42 years old, his crime record is “a complete Criminal Code”, as a judicial source ironically: robbery, injury, attack against authority, possession of weapons or reckless driving. But the reason why the agents already know the ins and outs of his house, after so many searches, —a villa with enormous walls in the La Hermandad de Coria del Río urbanization (Seville)— is because of his obstinate role as a hashish narco, even capable of creating alliances with a mafia from the Straits, that of The Maurosto continue smuggling drugs down the Guadalquivir River.

The last adventure of Ginés GR has ended with his arrest this Tuesday, along with 38 other people, between the provinces of Cádiz, Seville and Córdoba. They attribute to the narco an incessant activity of drug trips, aboard powerful narco-boats, from the north of Morocco. So much so that the 300 agents of the National Police and the Civil Guard deployed —as part of the Traboat-Gorblan-Soccer Operation— in various locations in these three provinces have seized up to 10 tons of mafia hashish, accompanied by 140,000 euros in cash and nine fast boats.

The narco of Coria del Río is a respected and trusted man in the underworld of hashish. “He has no qualms about shooting if he sees that they corner him,” says a police source, reports Eva Saiz. That fame as an achiever has made him capable of reaching societies with mafias from the Strait, now increasingly surrounded by the agents deployed in the Campo de Gibraltar. Along with Ginés, he has ended up detaining a member of the Los Mauro clan, a powerful organization with links in Gibraltar. In fact, last July, the police of the Rock already asked for citizen collaboration to find the leader of this gang, Gareth Mauro, a 38-year-old Gibraltarian, who remains on the run. Now, the operation has managed to arrest a brother of this capo, according to sources close to the case.

Gareth Mauro has been missing since, in June 2020, the Civil Guard did not find him in the blow he gave in Villanarco, an opulent illegal urbanization in which the agents have returned this Tuesday in the course of this operation against Ginés. Inside that group of houses with high walls and white walls, four tons of the located drug appeared. Under the compound name —so baptized by the agents— a group of chalets built with drug money is hidden, in the middle of the rural neighborhood of El Zabal, in La Línea de la Concepción. Inside, reputed traffickers, such as members of the powerful Chestnut or Jesus Heredia, The Pantoja, were neighbors and shared the straight path and round common patio that gave the lollipop set an aerial shape. Around that circle, large villas with swimming pools and all kinds of luxuries were built that already add up to various records, such as the one made in the course of this new operation.

The association of Ginés is not new even in La Línea. Already in August 2019 he ended up arrested, during the Vegan Operation, for similar acts that are now being attributed to him. Once again, a “pseudocorporation” —as the Civil Guard called its way of proceeding at the time— in which the Sevillian directed caches that could introduce up to 50,000 kilos of hashish per year through the Guadalquivir and in which the Campogibraltarean traffickers covered the entire logistics and piloting of the vessels.

Already then, the Ginés clan showed its taste for what is called cold nurseries, ships or premises in which to hide the narco-boats or the drug, far from the hot spots closest to the guarded coast. In the deployment this Tuesday, the agents maintain that it is the role played by the ships registered in Lucena, Fernán Núñez and Aguilar, in Córdoba. In total, the police action has resulted in more than twenty entries, the majority in Seville (up to 12, in Bormujos, Castilleja de la Cuesta, Puebla del Río, Coria, Mairena del Aljarafe, Aznalcázar and Estepa), followed by Cádiz (with six registrations in La Línea and Alcalá de los Gazules).

Ginés was not stopped by Operation Vegan, nor was the trial for which he ended up sentenced to more than two years in prison for drug trafficking, last November, although the reason why he was currently free has not transpired. On that occasion, the sentence imposed was motivated by an arrest in 2018, in which the drug trafficker ended up involved in his drug deals with the former leader of the ultras of the Betis soccer team, Manuel Herrera. The history of the drug trafficker is far from ending there, it has causes that date back to at least 2003. In fact, the criminal began to have problems with the police when he lived in the Polígono Norte de Sevilla, where he began his adventures in a gang of carjackers. From there, he was able to forge ties with another mafia, in this case from the Tres Mil Viviendas neighborhood. Since then, Ginés has shown that his thing is to integrate and make ties between clans.