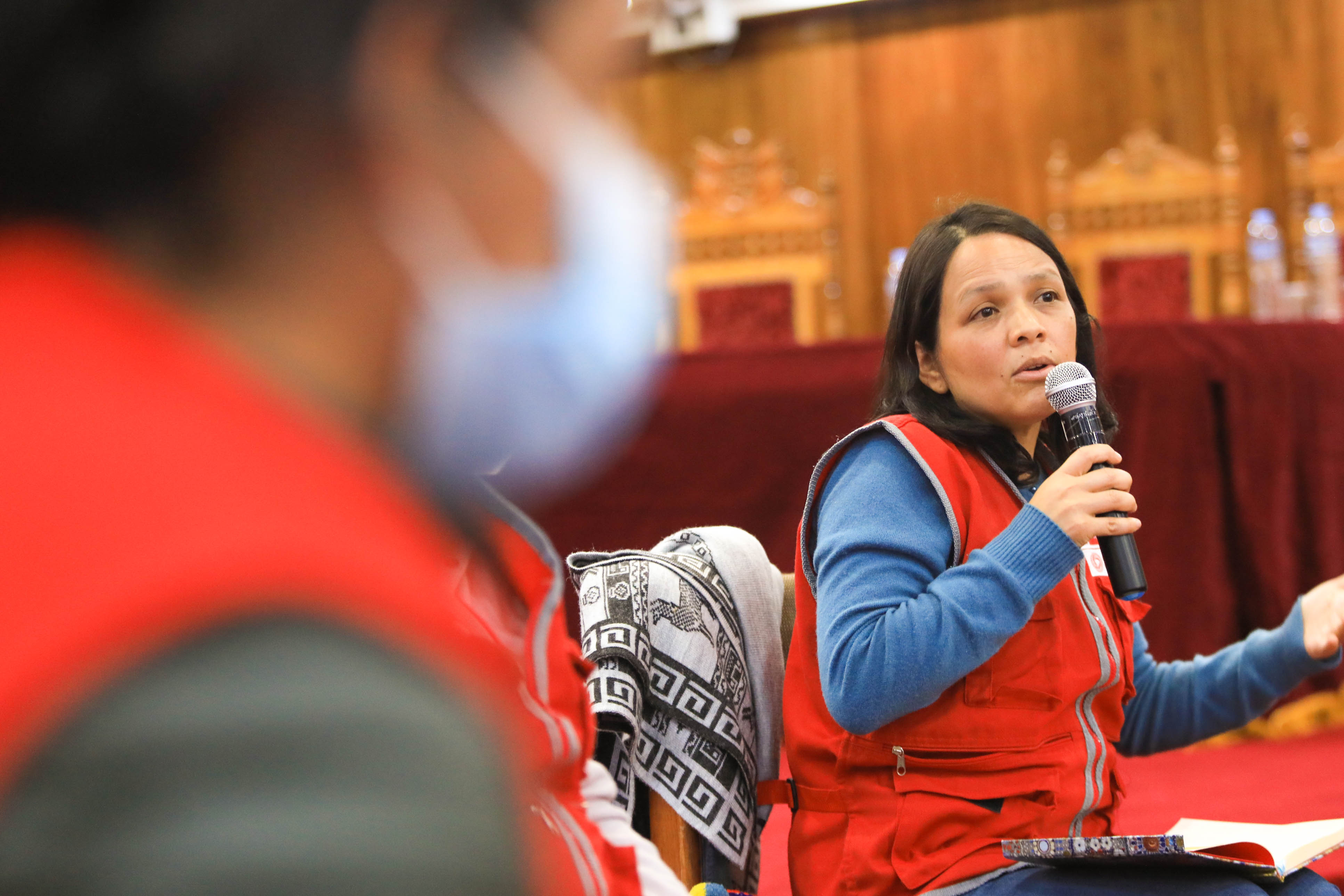 The Minister of Women and Vulnerable Populations of Peru, Anahí Durand Guevara, gives this interview when the Government of President Pedro Castillo celebrates 110 days of a convulsive mandate, in which it has had to change half of its Cabinet. She is one of those who remains from the initial team. His ministry prepares changes in the program for the prevention and eradication of violence against women, while the numbers of attacks continue to rise. The sociologist and feminist assures that upon assuming office she found a State “very retracted by the pandemic” and regrets that there is still a lack of personnel in the prevention work, so as not to be late, when the events have already occurred.

Durand is a member of Nuevo Peru, the progressive leftist political group led by former presidential candidate Verónika Mendoza. The formation supported Castillo’s campaign in the second electoral round against Keiko Fujimori. The distance between the Mendoza party and Peru Libre, of the current president, is enormous, especially in terms of feminism or LGTBI rights, with which Castillo, as a candidate, never identified himself. The policy assures that it feels supported by the Cabinet and notes progress: “We are working with all the political support (of the president and the prime minister), with women from the popular and vulnerable sectors, I don’t think there is a contradiction. Political support has been there and the presence of female ministers has increased, but hopefully the number of congressmen and mayors will also increase further. There has to be more space for women and we are working for it ”.

The sociologist, with a long career as a feminist and academic researcher, acknowledges that her colleagues in the Executive have made mistakes due to their little knowledge of gender equality. The first Cabinet appointed in July had two female ministers out of a total of 19, in the second that number increased to five, including the prime minister. She is willing to do pedagogy even within the Government itself. Durand had announced that ministers would attend mandatory training on the right to equality and violence prevention on October 2, but it was postponed due to ongoing changes in the Cabinet. “It will be in a couple of weeks, on the occasion of the day of eradication of violence,” he indicates. In addition to senior positions, the intention is to extend the course to all state employees.

The minister assures that the difficulties of the Government to advance in its policies since it came to power respond to the “abuse of Congress in its power to question the ministers.” “We have felt a siege in the Cabinet from day one because there is a group that does not assume its electoral defeat,” he says. “More than political instability has been the effort to consolidate a team according to the demands of the country. Unlike other governments, we have a Congress that does an active task so that those ten ministers have changed ”, he interprets.

Durand has just returned from three days of work in Puno, the highland region where Castillo received more than 90% of votes from indigenous Aymara communities. Meanwhile, in Lima a new crisis is brewing, the umpteenth within the Cabinet, due to the alleged interference in military promotions by the Defense Minister, who was dismissed by Castillo. “In the Lima elite, there is an effort to mount a narrative that this is inevitably heading for failure. In Puno there is still strong support and it is understood that we are receiving a devastated country, in crisis, and that in 100 days you will not be able to carry out the promised reforms. So you have to ponder that discourse from the mainstream media – that we are already heading for a coup or a vacancy – because other sectors understand the efforts that are being made ”, he adds.

The minister hopes to build bridges of agreement with Congress as a result of a bill that her office has presented in favor of minors in situations of poverty and vulnerability. Peru is the country in the world with the highest number of orphans as a result of the pandemic. Magazine The Lancet It estimates that 98,000 children lost their caregivers, that is, one in every 100. The previous government identified almost 11,000 families that could show the certificate that their parents or grandparents died from COVID-19, and since April it assigned them a monthly pension of 50 dollars.

“We are asking that the covid certificate be dispensed with and that it be a pension for vulnerable orphans. We can work on these types of actions in conjunction with Congress, but it is a pressure for the cabinet to know that we do not have a consensual dialogue with Parliament. We want to build but if there is a closure from the beginning it is difficult to move forward ”, he laments.

Durand notes that the law would benefit more than 83,000 children in poverty or vulnerability, not only with financial assistance, but also with educational and psychological support. “Many people from popular sectors died at home during the first and second waves and do not have a certificate of the death system,” he adds.

The minister explains that she has found a State “quite retracted in its role as protective, promoter, promoter and guarantor of rights” and therefore the program for the prevention and eradication of gender violence – called Aurora – which is 20 years old is under evaluation. . “We have interesting regulations, we have developed very important policies and the violence statistics are not going down: we are going to establish the steps that have to be taken. We are seeing how we reformulate the preventive part and how we involve the population ”, he details.

In 100 days of this administration, the Ministry assisted more than 37,700 citizens in the Women’s Emergency Centers (CEM) and gave guidance by telephone to more than 55,000 people affected by cases of sexual violence or who reported abuse in their environment. Durand anticipates that the changes will be of resources and personnel, because a presence in the territory is necessary.

The official highlights that the State also “totally” withdrew from its role with respect to children as a vulnerable population. “He began to outsource such important aspects as the shelters. There are more private shelters than public shelters and the ministry does not have a sanctioning role. If a shelter works badly, we cannot close it. The law would have to be changed so that the Ministry can do it, ”he says. There are recent complaints from residents of foster homes who listen to children asking for help or from relatives who are prevented from visiting minors interned in these establishments.