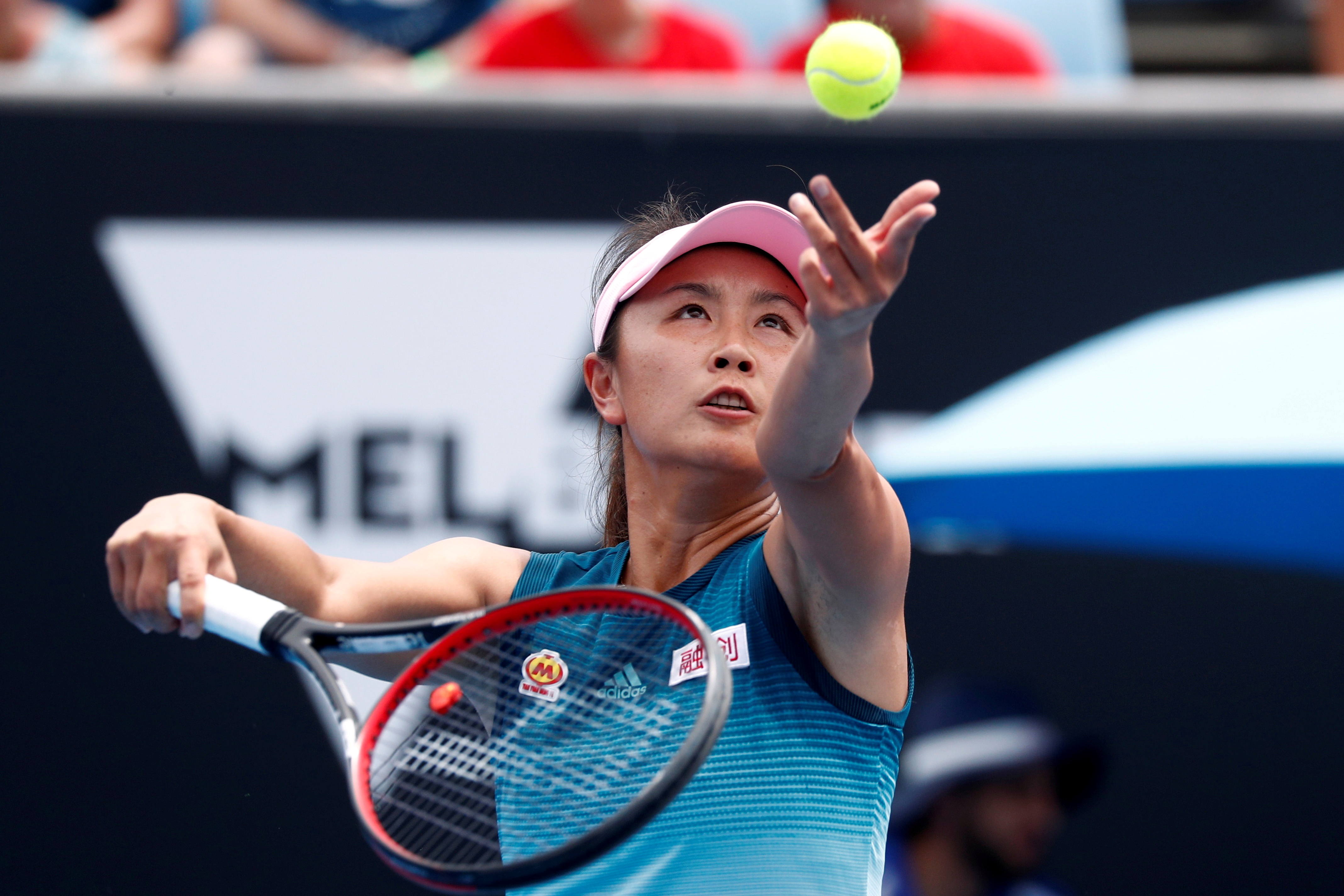 The accusations were shocking. “You took me to your room and, as happened in Tianjin more than ten years ago, you wanted to have sex with me. I was very scared that afternoon, I didn’t expect things to happen like this… Why did you come back to look for me, take me to your house and force me to have sex? ” The complaint was published, before disappearing in a withering way in a matter of minutes, on November 2 on the Weibo account – the Chinese Twitter – of the elite tennis player Peng Shuai. The man he accused of rape was Zhang Gaoli, now retired but who between 2013 and 2018 was deputy prime minister and one of the most powerful men in China.

Peng’s is by far the largest case since allegations of the incipient Chinese #MeToo movement began to surface three years ago. And one of those that best illustrates the difficulties faced by Chinese women who decide to break taboos and report sexual abuse and violence.

Two weeks after her indictment, no one has seen Peng again, and suspicions have risen that she is being held by Chinese authorities. The president of the Women’s Tennis Association (WTA), Steve Simon, complains that he has tried to contact her in various ways but has not been able to do so. An alleged email written by the tennis player and released by the state television channel CGTN assures that she is “resting” and denies that the accusations that appeared on her Weibo account are true. The email it has only served to create further concern about his whereabouts.

Calls for clarification of his situation have multiplied in the international community, from Gerard Piqué to Serena Williams, through the WTA and even the UN itself. “It would be important to have proof of where he is and to know if he is okay. We strongly request that an investigation be carried out with full transparency into their allegations of sexual assault, ”said Liz Throssell, spokeswoman for the United Nations Human Rights Office in Geneva this Friday.

But the chances that Peng will triumph and prevail over a man who was part of the most exclusive level of power in China, the Standing Committee of the Communist Party Politburo, are very limited. “He has presented allegations against a very powerful man,” acknowledges Yaqiu Wang of Human Rights Watch.

For now, the Chinese authorities continue to keep quiet in response to questions about her. Foreign Ministry spokespersons are silent on the case, which they claim to be unaware of and say it lacks diplomatic content. The gaslight has been extended to everything related to Peng within China: censorship has removed any reference to her or Zhang Gaoli. Pressure from outside, says Wang, can favor the athlete. “International attention will at least make the Chinese authorities feel more pressure, and be more cautious when they react and decide what they want to do with Peng,” he says.

Until now, the complaints filed had affected academics, businessmen or even the occasional celebrity. Among them, the Chinese-Canadian singer Kris Wu, arrested in August after a young woman denounced him for alleged rape. But charges against political officials remain an absolute taboo, in a country where the government has increasingly tightened control over society and where the use of disappearances and forced confessions against dissidents is not uncommon.

See also  Best caves to explore in the Peak District

And, in general, the many that the movement has been able to target in China have been very limited. In September, screenwriter Zhou Xiaoxuan had her complaint for touching her former boss, the famous state television host Zhu Jun, dismissed in court for lack of evidence after three years of legal proceedings.

Survivors hardly choose to go to court, given the slim chance of success in a system in which they are required to prove their accusations with a high level of probability, very difficult without evidence such as a recording. Something that, for example, Peng recognizes in his initial message in networks that he does not have.

Outside the courts, the situation is also complicated. “The Peng Shuai case highlights the treatment faced by women who survive sexual abuse in China, women whose complaints are systematically ignored and who are often attacked for speaking out,” said Dorien Lau, researcher for China from Amnesty International.

Since five prominent women’s rights activists, dubbed “the five feminists,” were arrested in 2015, the censorship of posts or social media accounts of the most prominent feminists has been frequent. In May, censors closed various student blogs on WeChat – the main Chinese social network, almost essential for daily life – that defended the rights of the LGTB community and women. In June, Weibo – the Chinese Twitter – suspended Zhou Xiaoxuan’s account for a year for “violations of the terms of use.” In August, another blog in defense of women’s labor rights, Pepper Tribe, announced its closure. The state media defines the movement as an idea imported from the West to “sow division” in China.

And arrests are not rare. On September 19, journalist Sophia Huang, prominent in her support for the #MeToo movement, was detained in Canton, southern China, one day before moving abroad to continue her studies. Earlier this month, her family confirmed that the reporter, who had already been detained between October 2019 and January 2020 for her information on the protests in Hong Kong, is under formal arrest and charged with “inciting subversion against the powers of the State ”.

But despite the setbacks, the movement survives, trying to avoid censorship and pressure. “It is remarkable how women keep open the limited space that remains and how they open new spaces. It is commendable. In this process, more and more people have woken up and connected with others ”, wrote in Medium Lü Pin, founder of the magazine you feminists and today a resident of the United States.

HRW’s Yaqiu Wang is optimistic. She believes that despite everything, Peng’s example will encourage other women in China to speak out on sexual abuse: “Your example will help inspire others, of course. She is a very famous person, and her speaking up may encourage other people to do so as well. Without a doubt, his step forward will help the movement. “