Skip to content
Home News The meeting with LaLiga, RFEF and the clubs was called off due to their failure to appear | sports 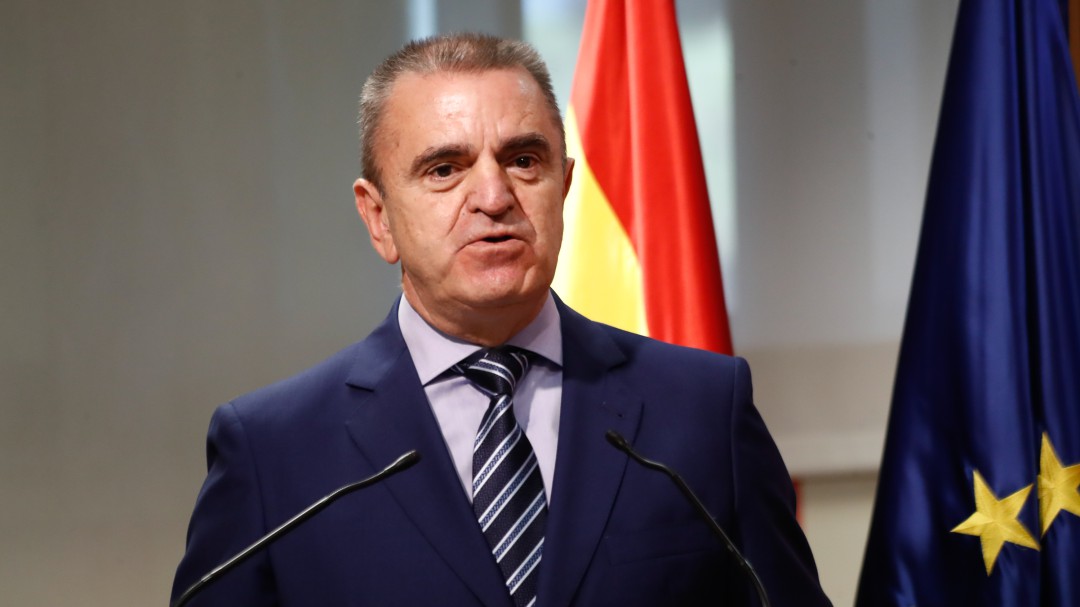 The Higher Sports Council (CSD) has called off the meeting this afternoon with LaLiga, the Royal Spanish Football Federation (RFEF) and the clubs Real Madrid, Barcelona and Athletic to address the situation generated by the “LaLiga Impulso” and ” Sustainable “by default of the last three. The body confirmed the cancellation of the appointment made this Thursday by the Secretary of State, José Manuel Franco, at the request of several of the actors involved in the face of the discrepancies raised by the initiative defended by LaLiga, with the agreement with the CVC investment fund, the rejection of the three aforementioned clubs and the RFEF and the strong mutual accusations made by the parties in recent days.

LaLiga approved last August the LaLiga Impulso project, the result of an agreement with the British fund CVC Capital Partners, to inject some 2,700 million euros in exchange for the value of 9% of the audiovisual rights generated by the competition over the next 50 years. After the refusal of Real Madrid, Barcelona and Athletic to subscribe it, the Delegate Commission of the organism unanimously approved the agreement last day, reformulated to adapt it to the participation of 39 of the 42 clubs that have joined. The adjustment, according to LaLiga, does not modify the economic valuation of this, which remains at 24,250 million euros and will involve an investment of 1,994 million. LaLiga has called an Assembly this Friday to ratify it.

Faced with this initiative, Real Madrid, Barcelona and Athletic offered the so-called Sustainable Project to the rest of the LaLiga clubs last day, which is a financing offer by JP Morgan, Bank of America and HSBC at 2.5-3 , 3% annual interest at 25 years, which they consider 15 times cheaper and which would allow clubs to save 12.2 billion euros. According to its promoters, the total financial cost would amount to 900 million euros, in exchange for a total investment by the funders of 2 billion euros, which would be paid in full to the clubs in the first year. The RFEF also rejects LaLiga’s initiative because it understands that it is contrary to the legal system, because the clubs will stop receiving a percentage of their television rights that exceeds the credit received that they will have to return and because it harms those who can achieve promotion to the Professional category.

See also  The Kim, Pete and Kanye saga has officially gone too far

Manu Carreño, in ‘El Larguero’, already announced this Wednesday that the CSD was studying whether to stop the vote on the agreement signed between LaLiga and CVC because he wanted to analyze it in the face of the avalanche of statements from the clubs against it. On December 10, LaLiga clubs will vote whether or not to approve the economic agreement with the investment fund.

Athletic Club, Barcelona and Real Madrid, defenders of the ‘Sustainable Project’ against the agreement with the CVC fund called Liga Impulso, have shared with the CSD the statement of the Royal Spanish Football Federation (RFEF) to request that it avoid “irreparable damage” to Spanish football. As indicated in a joint statement by the three defending clubs of the ‘Sustainable Project’, for the RFEF it would be “incompatible with our legal system” and “should not be carried out.”

In the same way that the Federation requested “the intervention of the competent authorities for these purposes”, Athletic Club, Barcelona and Real Madrid ask the CSD to act “in the exercise of its powers”, since they point out that “it has the duty of prevent irreparable damage to our football from being consumed “. For this reason, they point out that in the Extraordinary General Assembly of LaLiga convened for next December 10, 2021, it is “intended to definitively consummate a flagrant violation of the legal regime applicable to LaLiga and the audiovisual rights of Spanish football.”

“LaLiga’s reaction to the repeated requests of the three clubs has been to undertake a harsh campaign of attacks, misinformation and, above all, to refuse to assess the alternative proposed while keeping their plans intact,” so they refer in their writing to the article 8.s) of the Sports Law that “grants the Higher Sports Council a function of guarantor of the legality of the application of the regulations that regulate the world of sport”.

And they assure that “if the CSD does not act in the exercise of its powers, serious irregularities could be committed that seriously compromise not only the economic future of Spanish football, but also the legal framework that the legislator adopted for the governance of this sport.” Finally, Athletic, Barcelona and Real Madrid announce that if the Liga Impulso Project is approved, they feel “the inescapable obligation to exercise the corresponding legal actions, of the appropriate legal nature”.