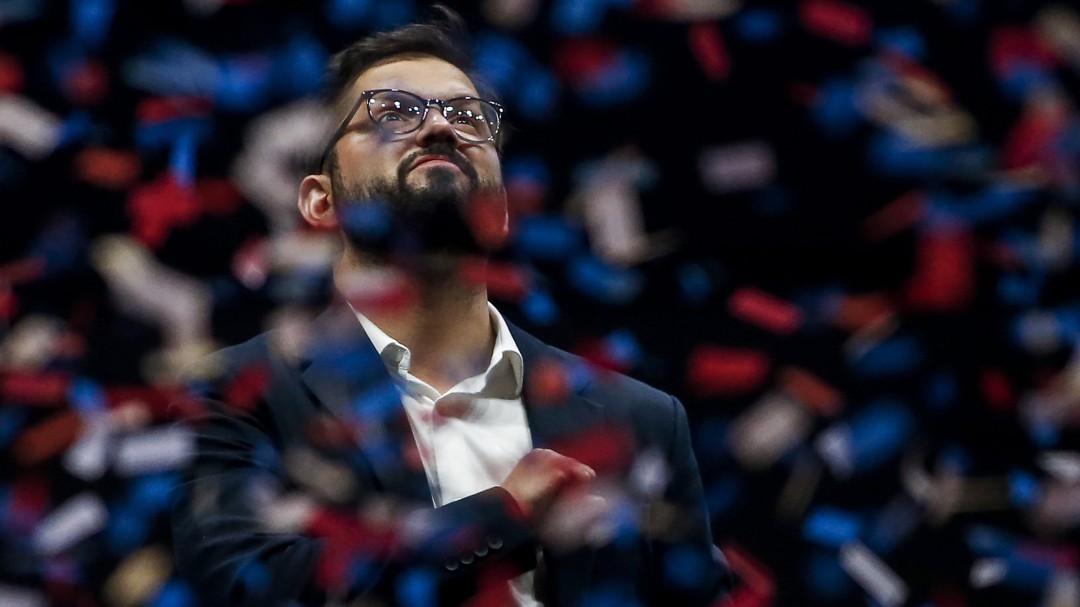 The left-wing deputy Gabriel Boric will be the new president of Chile, who will have to lead the transition towards the country model that enshrines the future Constitution and address the yearnings for social change that have brought him to the mandate, after defeating comfortably this Sunday the far-right José Antonio Kast in polarized elections.

Boric swept the polls, reaping 55.86% of the votes against 44.14% of his opponent, with more than 99% counted, and added Chile to the group of Latin American countries that have turned to the left in recent years , along with Argentina, Bolivia, Honduras, Mexico and Peru.

With more than 4.6 million votes of the more than 8.3 million voters who went to the polls, Boric became the president-elect who accumulated the most votes in the history of the country, in a day in which he registered the highest percentage of participation in Chile since voting became voluntary in 2012, exceeding 55%.

This, despite a heat of Justice that reigned throughout the day and the mobility problems caused by public transport and which were criticized by both candidates.

The representative of the I Approve Dignity coalition, which has the support of the Communist Party, will be the most left-wing president to occupy the seat of Government, the Palacio de La Moneda, since Salvador Allende (1970-1973), and the youngest in hold the first magistracy in more than 200 years of history.

On March 11, 2022, when he has just turned 36 years old, Boric – born in the southern city of Punta Arenas and descendant from his father’s side of Croatian immigrants – will replace the conservative Sebastián Piñera as president of the country.

Boric embodies a change of political era in Chile, which leaves behind the traditional center-right and center-left coalitions that have divided power in the last 30 years and hands over that leadership for the first time to a recently created formation that reflects citizen discontent with the institutions.

It represents a generation that barely lived under the Augusto Pinochet regime (1973-1990), which repudiates the neoliberal model that the dictator enshrined to date and which aspires to transform the country into a welfare state with solidarity pensions, universal health and promotion of social rights, for diversity, minorities and the environment.

“We are facing a change in the historical cycle,” said Boric in his first speech as president-elect.

“BORROWED” VOTES FROM THE CENTER LEFT

It was the claim of these changes that the country exploded in a serious wave of protests in October 2019 and Boric the candidate who promised in his program to move to that new Chile.

But, after reaching the ballot this Sunday in second place, with 25.83% of the votes to the 27.91% obtained by Kast – a defender of the neoliberal model and traditional values ​​- he needed to make concessions to the center-left voter to take the vote “borrowed” from voters who do not want a revolution, but who saw Boric as a less bad option than that of the ultraconservative.

“I will be the president of all Chileans, I will not govern alone within four walls,” Boric said during a conversation with Piñera, after learning of his virtual victory in the elections.

The outgoing president conveyed his congratulations to him and encouraged him “to know how to combine strength, idealism, the spirit of youth with prudence.”

Kast had already congratulated him on the phone before, acknowledging his “great success” and guaranteeing him his “respect and constructive collaboration.”

A GOVERNMENT WITH GREAT CHALLENGES

Boric qualified his electoral promises in the second part of the campaign, adding greater gradualness to the ambitious tax collection goals of 8% of GDP in 8 years and recognizing that changes need a time process.

Those who lent him their support from more moderate sectors will be very vigilant with him, but he will also find pressure from his allies in the Communist Party, the more radical left and those who trusted him to change the country.

It will also collide with a highly fragmented Congress, but in which the sum of left and right is almost even, which will force tough agreements and negotiations to move forward.

“The substantive advances to be solid are going to require broad agreements and that to last they have to be step by step,” Boric said tonight.

Meanwhile, Boric must implement the constituent process carried out by the Convention that drafts the new Magna Carta, which in 2022 will be submitted to a referendum for approval or rejection, and whose composition is a progressive majority.

“Your government gives us certainty of respect for the autonomy and the work of the Convention,” said Constanza Schonhaut about Boric, who was one of the promoters of the political agreement that opened the constitutional process in the country in November 2019.