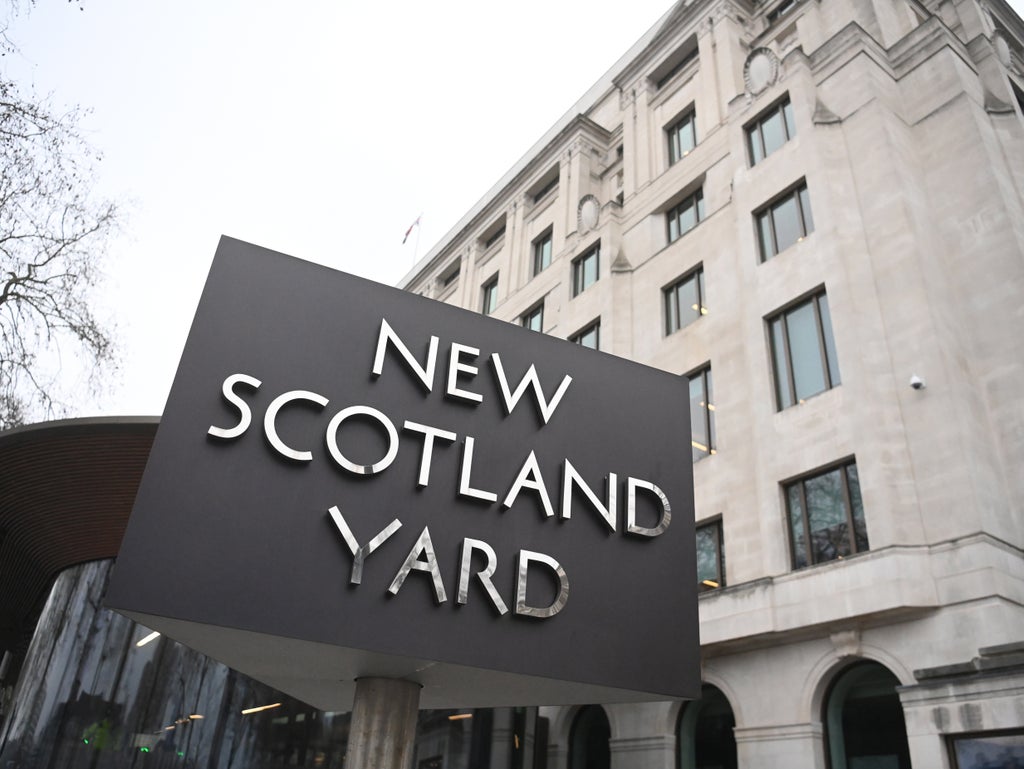 When it was exposed this week that misogyny, racism and homophobia were rife within a Charing Cross branch of the Metropolitan Police, I knew there was so much I wanted to say. “This isn’t a shock,” I thought. “This is just my experience. Our experience. How many other people recognize this tone?” But like many who have dealt with the police, I felt reluctant to speak out.

Over the past 12 months, we have been flooded with traumatic stories about police behaviour, often affecting women and marginalized genders. Last year, Wayne Couzens, a serving police officer at the time of his arrest, was jailed for life for the kidnap and murder of Sarah Everard; there was then the disastrous mismanagement of the vigil for Sarah on Clapham Common; Later in the year, two police officers were jailed after taking photos of Nicole Smallman and Bibaa Henry, both found stabbed to death in June 2020, and sharing them on WhatsApp. Now we see the abhorrent messages exchanged by serving members of the Met.

It is vital that these stories are reported. But what is the impact of hearing them day after day on those who have also suffered at the hands of the police?

For me, there’s a numbness to it. When I read the latest revelations this week, I was reminded of my experience reporting a serious crime to my local police in London. In June 2020, when I needed to ring the police, I felt a sense of frustration that I was concerned, not just about the incident, but that reporting it would mean entering the Criminal Justice System as an out queer and trans person.

I realized that the very system I needed to protect me may not even recognize me. Would the police understand what non-binary means? Would any official documentation allow me to identify as such? Would there be LGBTQ+ specific officers/counsellors who understand what this means? Would I have to “come out” every time I met someone within the system? These are not questions I should have had to be asking myself.

See also  Mom, 27, said she may not see her daughter's next birthday after terminal diagnosis

I refrain from saying I was failed, because cases of sexual violence are incredibly hard to prosecute due to the high threshold of evidence needed for the case to go to court. However, I was misgendered throughout the process, and often referred to male survivors charities and services because of the assumption that I identified as male.

What I focused on was what I could control, and that was how I tried to process and determine what justice meant for me. My definition of “justice” changed due to the fact that I knew this system wasn’t going to work for me, as it doesn’t work for thousands of survivors of sexual violence. I had to define my own justice, outside of the CJS and outside of the Met Police, so that I could move on.

When reporting incidents of any kind, but especially incidents of sexual violence and rape, we shouldn’t have to worry that the services around us, such as the Met Police and the Criminal Justice System, are treating victims with prejudice. When we are at our most vulnerable, the last thing we want to feel is unable to receive help.

My experience as a survivor, hearing these allegations about the Met Police, and having digested the news of the past two years, leaves me with an ache. It doesn’t feel shocking anymore. What I am shocked about is the instant dismissal and passing of the buck by those who hold positions of power, and authority within the CJS and government.

Home Secretary Priti Patel said she was “appalled and sickened” by the behavior of Met Police. When she was asked whether or not the Met itself was institutionally misogynistic, she explained that it had “cultural and attitudinal” issues, stating that it was as a result of “failure of leadership”.

The Metropolitan Police ‘in denial about racism’, says former officer

What Patel said isn’t untrue, however it’s only one part of the story. Yes, there are problems with leadership and there are deep cultural issues within the police force, as the Independent Office for Police Conduct findings show. However, this can not be attributed to just the Met Police, and dealt with in house. Compartmentalizing these issues doesn’t tackle them across the whole police force, and instead promotes the idea that Charing Cross may just be one “bad apple”.

It’s a much larger issue that isn’t born within the police force itself. There is a deep-rooted, insidious societal problem with misogyny, racism, homophobia and transphobia. The mind that is the problem, can not be the mind that is the solution.

According to Survivors UK, 86,000 men, boys and non-binary people are raped, sexually abused or sexually assaulted each year. Of those, only four per cent manage to tell somebody about what happened in their lifetime, let alone report it to the police. Among gay and bisexual men, 45 per cent have experienced sexual assault, however only 14 per cent of those reported it to the police. Of those who did report, nearly a third said they felt disbelieved or like their complaint was not taken seriously.

The stigma around sexual violence itself, let alone reporting it to the police, is enough for people to live with these secrets for their whole lives. Sexuality, race and gender identity can make survivors feel like they in fact are the problem, that the systems there to protect them won’t understand the nuances of their lived experience.

But things can change. All survivors need to be heard and to be seen. To have a space where they can share their story, and their experience with someone who is trusted to listen and do their best to help. If I had been heard, and listened to about who I was, and how I identified, and what had happened to me from start to finish, then I may not have have to abandon my old definition of justice for a new one that felt like it was born out of my need to manage expectations of the Met Police.

As the Criminal Justice System holds its hands up and addresses issues of stigma and stereotyping when it comes to their handling of rape cases, it’s time that the environment and culture that exists within the police, the CJS and government is dismantled and changed so that survivors can have a fair and equal opportunity at justice.