Skip to content
Home News The last goodbye from the sports world to Manolo Santana: “A thousand thanks for what you did for our country” | Sports Carousel 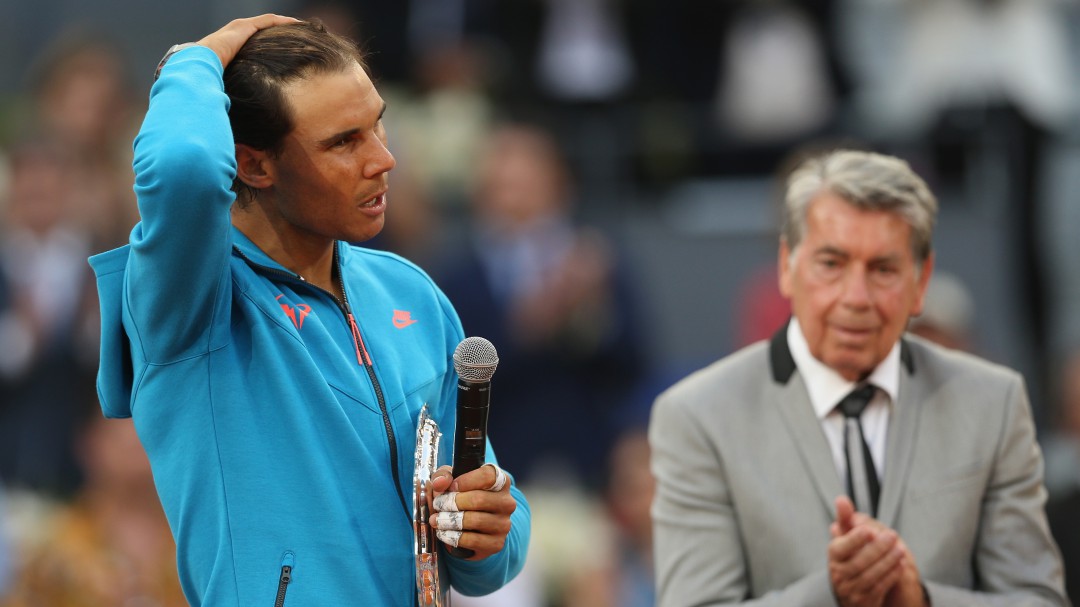 The death of Manolo Santana at the age of 83 has left us with the reactions of the world of tennis and the world of Spanish sport. The tennis player was one of the people who put Spain on the map by winning tournaments such as Wimbledon or Roland Garros. Beyond the titles, Santana opened the door for tennis players like later Conchita Martínez or later Rafa Nadal to triumph.

Indeed Rafa Nadal reminded him with a tweet as soon as he heard the bad news: “I just received the terrible news of the death of our great Manolo Santana. As I have said many times in the past:

. You were always a reference, a friend and a person close to everyone. We will miss you Manolo; you will always be unique and special. Greetings to your family and a lot of strength at this time. “

The protagonists in Sports Carousel

Carrusel Deportivo had luxury guests and great connoisseurs of what Manolo Santana was like. Former tennis players such as David Ferrer, celebrities such as Toni Nadal and Luis Suárez Miramontes, the captain of the Spanish team Sergi Bruguera and journalists such as Jose Antonio Mielgo and Álvaro Benito, chatted with Dani Garrido about the Spanish tennis legend.

David Ferrer: “I found out ten minutes ago and I was in shock. The last time I saw him was in Barcelona and he was already older, but you don’t get the idea. I’m left with how funny he was and how always I called you when you weren’t feeling well. I asked about you without looking for anything else “

Toni Nadal: “He was a wonderful guy, incredible, when Rafa won his first Wimbledon he came to congratulate us in the dressing room and he was very happy that he was not the only Spaniard. What I value about Manolo Santana is that despite being one of the greatest he was good people, close, endearing, not at all conceited, friendly, smiling … Ángel Nieto, Ballesteros, now Manolo Santana have left us … pioneers who put Spain on the map at a sporting level “.

Don Luis Suárez Miramontes: “He was my friend and we coincided a lot when he triumphed on the tracks and I on the fields, we saw each other a lot in Galicia and our friendship was immense.”

Álvaro Benito: “Manolo Santana went out of his way to help us, because those of us who played tennis were as good as possible, he was close, always ready … a huge pity of heart”

“Thank you for being a pioneer”

The rest of the tennis players also had a moment to remember Manolo Santana. Among them, Feliciano López, who left this emotional message for the late tennis player.

Manolo has left us https://t.co/Hzs92xsnq5 impossible to explain the void you leave …
Thank you for being the pioneer and guiding the path of all who came after and for helping me and believing in me always, I will never forget it.
DEP Manolo ❤️🎾

Legends of Spanish sports such as the recently retired Pau Gasol also wanted to remember Manolo Santana on this sad day for tennis.

Very saddened by the news of the death of Manolo Santana, a tennis legend and a great reference to the sport of our country. My sincere condolences to his family and loved ones.

Paula Badosa, who recently went through the El Larguero studios to comment on her great year, also had her message when she heard the news.

Sad news for the tennis world. Thank you for having opened the way so that many of us later have been able to travel it.
DEP Manolo Santana pic.twitter.com/U9PzDORNTE

The club that Manolo Santana was a fan of, Real Madrid, issued a statement in which he regretted the loss of the tennis player: “Real Madrid wants to express its condolences and its affection and affection to all his family and loved ones. His Madridismo led him to to conquer Wimbledon in 1966 with the Real Madrid shirt “.