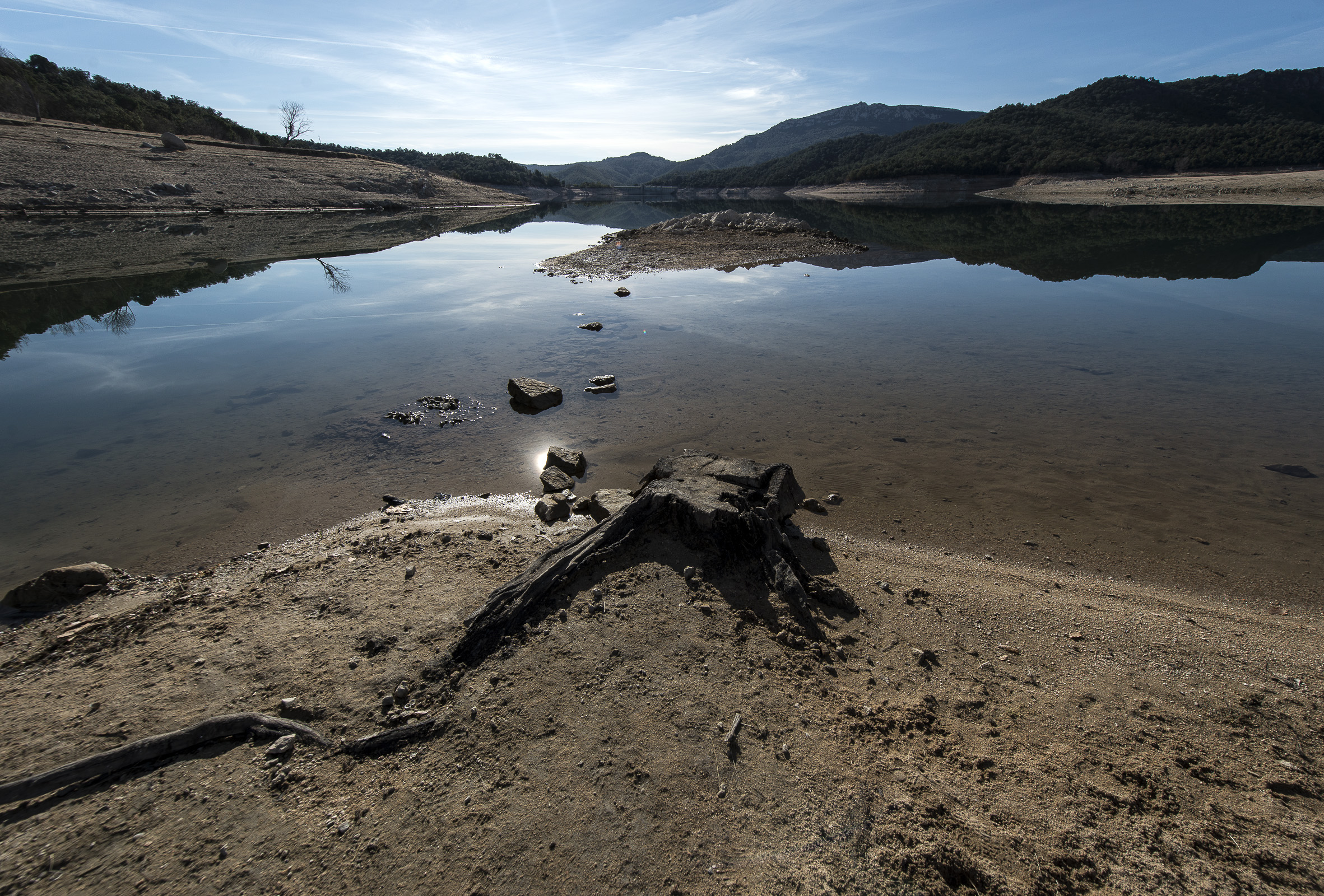 Once again we have to look to the sky waiting for some rains that prevent water restrictions from becoming generalized from spring in Spain. The lack of rainfall since autumn has been accentuated this January, when it has rained only a quarter of normal in the country as a whole, according to the State Meteorological Agency (Aemet). This means that the swamps, far from being filled as they should be at this time, are emptying. Last week, water reserves fell again and were at 44.8%, almost 15 points below the average of the last 10 years. Or, put another way, the swamps now store almost 25% less water than normal.

Rubén del Campo, spokesman for the Aemet, highlights that “precipitations are clearly below since the beginning of the hydrological year”, which starts on October 1. If the period between 1981 and 2010 is taken as a reference, in the last four months “it has rained 36% less” than normal. Forecasts, although they can always fail, are bad, warns Del Campo. In the short term (for this week), very little rain is expected. In the medium term (for all of February), “the forecast models point to below-normal rainfall in most of Spain.” And in the long term (for the next three months) the models indicate that there is a 50% chance that rainfall will be below average and only 20% that it will be above.

Between October and April is the period in which 75% of the rainfall for the entire year is recorded in Spain. “If most of the rains do not fall in those seven months, in the rest of the months it is difficult to compensate, because the summer is almost always very dry,” says Del Campo.

Leandro del Moral, Professor of Human Geography at the University of Seville and member of the New Water Culture Foundation, explains it another way: “As long as it doesn’t rain, things are going to get very rough.” This expert refers to one of the red dots currently on the country’s hydrological map: the Guadalquivir, where an extraordinary drought situation has been declared in 80% of the basin since November. Last year the water for irrigated crops was already reduced by 50%, recalls Del Moral. And the Guadalquivir Hydrographic Confederation has announced this week that, given the persistent lack of rain, the restrictions will increase. At the moment, urban supply is guaranteed for two years. “That was learned from the great droughts of the 1990s, irrigation can never leave cities without water,” says Del Moral.

The situation in the Guadalquivir basin, where the swamps are at 28.6%, is not caused only by the water deficit of the last four months. The rains have been below normal for more than a year. The same is happening in the other red dot on the country’s drought alert map: Alt Empordà (Girona), where the Catalan Water Agency (ACA) declared a drought alert in October in the 22 municipalities supplied by the aquifer of the Fluvia Muga. That alert remains in force in the absence of rain and the restrictions are maintained. For example, the global consumption of water per person and the use of water for agricultural irrigation, livestock and industry are limited.

Joan Planas, 36 years old and a doctor in Biotechnology, has been in charge for eight years, together with his brother, of a family farm with 500 heads of dairy cows in Vilanova de la Muga, Peralada (Alt Empordà). Their 150 hectares of crops make them “almost self-sufficient.” They began to notice the drought in the summer harvest. In mid-August they ran out of water from the Darnius-Boadella reservoir. “The situation we are in now has never been seen before,” he says. He remembers that years ago they had to reduce production, but “if the swamp continues as it is, there will be no water to distribute, nor campaign.” Both he and his neighbors have fields in which not even half of what was planted has grown.

The towns that depend on the Darnius-Boadella reservoir, which is at 41%, have guaranteed human consumption for one year, “but if it doesn’t rain in the coming months, current reserves will not guarantee the irrigation needs for the season. summer,” says the ACA. This is the case of the exploitation of Planas. In September they planted fodder and clover and hoped for rain and a good harvest. But it did not arrive and part will be destroyed. They should have already cut one of the three annual crops that clover gives, “but it has not been possible,” laments Planas. Their crops feed the cows. “We don’t know if we will be able to plant the corn in the spring,” explains the rancher, who confesses that he is “scared” because he does not have enough forage reserves to feed the cattle. “We will have to buy hay and fodder, but the basis of our company’s subsistence, due to the price paid for milk, is not having costs in animal feed”, he points out.

In Galicia, although the situation in Catalonia and Andalusia has not been reached, the Miño-Sil Hydrographic Confederation is “vigilant” in the face of an unusually dry winter and reserves that since October are almost 45% lower than the historical average. “Short-term forecasts indicate that the month of February will continue to be dry,” they also indicate from the confederation. The last drought Galicia suffered dates back to the autumn and winter of 2017, when springs that had supplied villages for generations dried up.

Sergio Vicente-Serrano, a researcher at the CSIC’s Pyrenean Institute of Ecology, highlights that Spain is still far from the drought levels of 2017, when the emergency due to lack of water became widespread on the Peninsula. “A drought does not occur only for a dry month,” warns this researcher. Although he adds: “If February continues to be dry, we will enter an agricultural drought.” And this will affect rainfed crops, such as cereals, which could be lost.

When speaking of drought, we must look to the sky, but also to the earth, to the uses that are given to the water stored in Spain. Julio Barea, responsible for the Greenpeace water area, not only blames this situation on the lack of rainfall, but also on management: “We look like Finland, authorizing more and more uses.”

Barea, like Del Moral, points directly to irrigated crops, which in Spain consume more than 80% of the reservoir resource. In recent decades, irrigation has undergone a process of modernization. “But it has not been accompanied by a net reduction in water use,” explains Del Moral. “What is saved with modernization is not left in the reservoirs, but rather serves to increase the irrigation surface in other places”, adds this professor. “A resource that is going to be increasingly scarce is not well managed,” laments Barea.

The researcher Sergio Vicente-Serrano maintains that some models indicate that rainfall could be reduced due to global warming during this century, although “there are uncertainties” about these long-term forecasts. But, even if this decrease in rainfall does not occur, “droughts will be more severe” in Spain, explains Vicente-Serrano. Because it is expected that there will be greater water stress due to the increase in temperatures due to climate change. “The amount of water demanded by the atmosphere due to heat will be greater, reserves will fall and rivers will be the main victims,” ​​says this researcher, also a member of the IPCC, the panel of international experts that advises the UN on climate change. climate.

With information from sonia vizoso.