Skip to content
Home News The labor reform comes into force this Thursday, after its publication in the BOE | Society 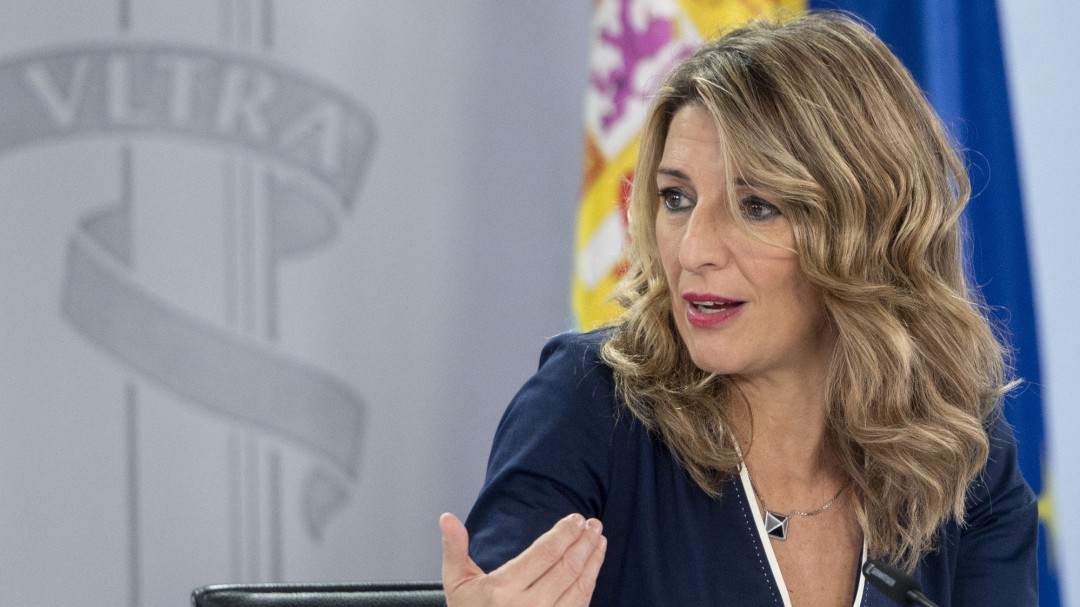 The Royal Decree-Law for the reform of the labor market will finally come into force on Thursday after its publication in the Official State Gazette (BOE) to this day, “for a matter of time,” government sources have reported. With its publication, the rule will take effect today.

The rule includes an exception, the new contract regulation, which will not be in force until three months later, a period that companies will have to adapt to the new contracting framework. In the case of work or service contracts in force when the reform comes into force, their maximum duration is limited to six months from the publication of the law, so that after that time they will disappear from the Spanish labor market.

The Council of Ministers approved this Tuesday the labor reform, which seeks to put an end to temporality, restore balance to collective bargaining and incorporate into ordinary legislation the temporary employment regulation files (ERTE) that will replace those used in a pandemic, but with the same objective: to avoid layoffs.

The reform, the result of the agreement between the Government and the social agents, establishes that the ordinary employment contract will be indefinite and that only temporary contracts may be made with highly valued causes: due to production circumstances and by substitution of another worker with reservation of job.

The first may only be arranged for occasional unpredictable increases in production or fluctuations in demand, for a maximum period of six months, extendable to twelve if so established by the sectorial collective agreement of the moment. This cause may be used in foreseeable situations, such as Christmas or agricultural campaigns, for a maximum period of 90 non-consecutive days a year. During this time, companies may enter into temporary contracts with causes that, although foreseeable, have a reduced and limited duration within the fixed contract.

In this way, the contract for work or service will be expelled from the labor legislation, which allowed temporary periods that sometimes reached four years.

The temporary contract for substitution may be concluded to replace people during a suspension of the contract with a job reservation, to cover the reduced working hours for legal or conventional reasons, as well as to fill vacancies during a selection process. In the latter case, the duration of the contract may not exceed three months.

Fines of up to 10,000 euros for irregular hiring

With this reform, the construction work contract will become indefinite and when the work tasks for which a worker has been hired are completed, the company will have to relocate him to another work or train him, at the company’s expense. If the worker rejects the offer or cannot be repositioned because there is no suitable position, the contract will be terminated, with a 7% compensation calculated on the salary concepts established in the tables of the collective agreement.

The sectors that seasonally resort to temporary contracts will have to use, from the entry into force of the new contract regulation, the fixed-discontinuous one, which will give rise to the same rights as the rest of indefinite ones. Workers with this type of contract will be the preferred group for training actions. The sectoral agreements may establish employment exchanges to favor their hiring and to improve their training during periods of inactivity.

Failure to comply with the rules that regulate temporary hiring will lead to the worker being considered indefinite. The penalties for the fraudulent use of temporary contracts are raised from a maximum of 8,000 euros to a maximum of 10,000 euros and will be applied for each fraudulent situation and not for each company, as up to now.

In addition, the reform will penalize companies that abuse temporary contracts of less than 30 days with a fixed rate: they will have to pay an additional Social Security contribution of 26 euros for each contract they cancel.

This penalty will be increasing. Thus, the more short-term contracts are terminated, the greater the disincentive. With a short contract of 10 days the penalty will be 26 euros; If the same working time were covered with two five-day contracts, the extra cost in the quotation would be 52 euros.

This additional contribution will not be applied exceptionally to the special regimes of agricultural employed workers, of domestic employees, of coal mining and neither to substitution contracts.

The norm recovers the full ‘ultra-activity’ of collective agreements, so that these will be extended until they are replaced by new ones, without a time limit.

In addition, the sector agreement will regain its prevalence over the company agreement. The latter may regulate the choice between payment or compensation for overtime; the schedule and distribution of working time; the adaptation of the professional classification and the measures of family conciliation, but not the working day or the salary.

In addition, the contracts and subcontractors will be subject to the agreement of the sector of the activity carried out or that of the main company. The company agreement may only be applied by the contractor if it determines better salary conditions than the applicable sector.

Likewise, the norm strengthens the temporary employment regulation files (ERTE) to avoid collective dismissals. In this way, the ordinary labor legislation will include the ERTEs that have been used massively during the pandemic and will create new ones under the name RED Mechanism.