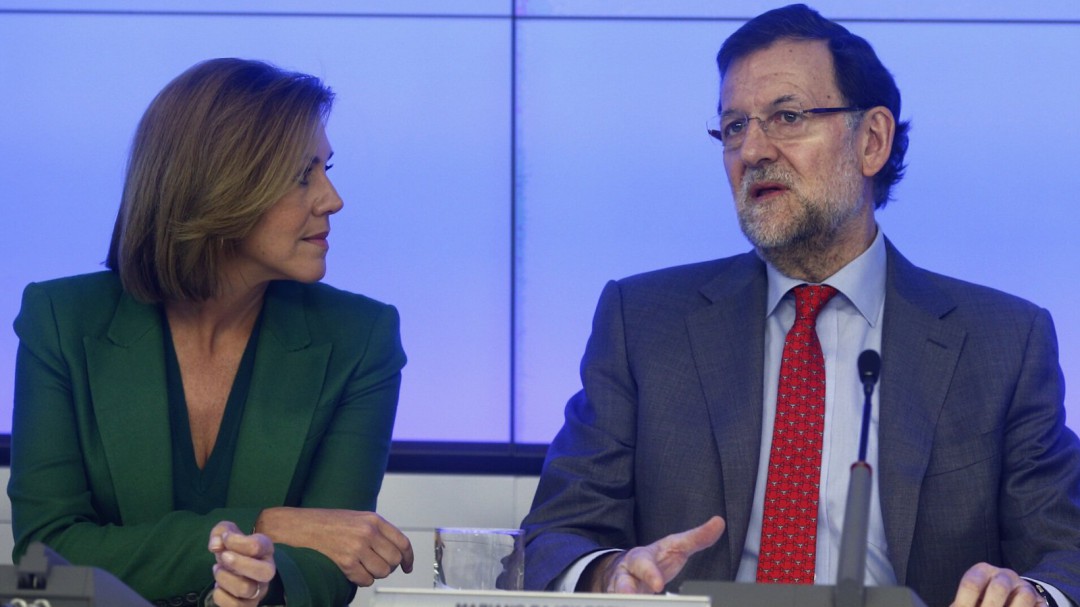 The parliamentary commission of investigation on the Kitchen operation has concluded that the PP leadership ordered this alleged parapolice plot of espionage to its former treasurer Luis Bárcenas, with the knowledge of the former secretary general María Dolores de Cospedal, “who informed” the former president Mariano Rajoy .

With 159 votes in favor —PSOE, Unidas Podemos and EH Bildu—, 149 against —PP, Vox and Ciudadanos— and 29 abstentions —ERC, PNV and Mixed Group— the commission has approved an opinion that concludes that this operation pursued that ” the evidence that could be in the possession of “Bárcenas” will be destroyed or hidden so that they will never be used “by the Justice, report parliamentary sources.

“And for this purpose of exclusive particular interest of the Popular Party, reserved funds and police officers were allegedly used in an irregular manner,” says the text approved at the proposal of the PSOE, which decided to present its proposal for conclusions alone.

Finally, the Socialists have managed to carry out their writing, although they have agreed to incorporate some changes in the wording and two issues of the document that Podemos, ERC, Junts, EH Bildu and CUP presented jointly, which demanded a review in the awarding of police medals and in the control of reserved funds.

It holds the leadership of the PP responsible

The approved document – it will be submitted for ratification by the full Congress with the new parliamentary course in 2022 – blames the leadership of the PP for ordering “the partisan, criminal and illegal use of personnel, means and resources of the Ministry of the Interior” to find evidence that was in the power of Bárcenas and that blamed the party “for irregular financing and cases of corruption during the years in which they ruled.”

It indicates that the operation, investigated in the National Court and that it would go back to 2013, was directed from the headquarters of the PP, “with the knowledge” of Cospedal, “who reported” to Rajoy “; and from the Interior,” with Minister Jorge Fernández Díaz, who commissioned “his second Francisco Martínez to start it up.

And the “epicenter” would be in the Deputy Police Operational Directorate, which Eugenio Pino directed in those years.

The text points in this way, as some appearing parties have shown, to the involvement of “the highest political leaders” of the Interior, such as Fernández Díaz, Martínez and the former director of the Police Ignacio Cosidó; as well as Cospedal and “incidentally” from Rajoy.

De Cospedal affirms that, not only was she aware of the plot, but that “she was able to receive a copy of the information stolen” from the PP given her condition of general secretary and “as an alleged beneficiary of bonuses from that irregular financing.”

He questions that Rajoy refused “to assume any responsibility” in the commission and came “to lie openly” by denying that there was a box B in the PP when there are two sentences that conclude it, and puts in value that former commissioner José Manuel Villarejo pointed this out “directly” when he said that he contacted him about the operation.

They also mention the “absolute lack of control of reserved funds” and the “waste of public money” in this operation.

With the process of this Wednesday, the Kitchen commission opened nine months ago in which 37 people have appeared, ten of them prosecuted in the case that the National Court has open, is put to an end.

See also  Couple lose £1,000 after being refused boarding on flight to see son amid airport delay

The last session of the commission, number 26 and held behind closed doors, has highlighted that the majority of parties agree on the bottom line – the espionage plot existed and the political leaders in the Government and the PP were behind it – , although the groups that have abstained have regretted that they could have gone “further” in the conclusions.

Six proposals for conclusions have been presented to the committee -PSOE; We can together with ERC, Bildu, Junts and CUP; PP, VOX, PNV and Citizens. Only the Socialists have achieved a majority.

The PP has avoided speaking out after the conclusions of the Kitchen commission were made public and from Genoa they recall that since February they have not commented on the news about alleged cases of corruption that in any case circumscribe the past. Before agreeing on the opinion, the PP spokesperson in Congress, Cuca Gamarra, has reiterated that the commission has been a “general cause.”

Ciudadanos has justified to Efe its vote against, since the majority has not admitted in the conclusions the impulse to undertake legal reforms in the fight against corruption.