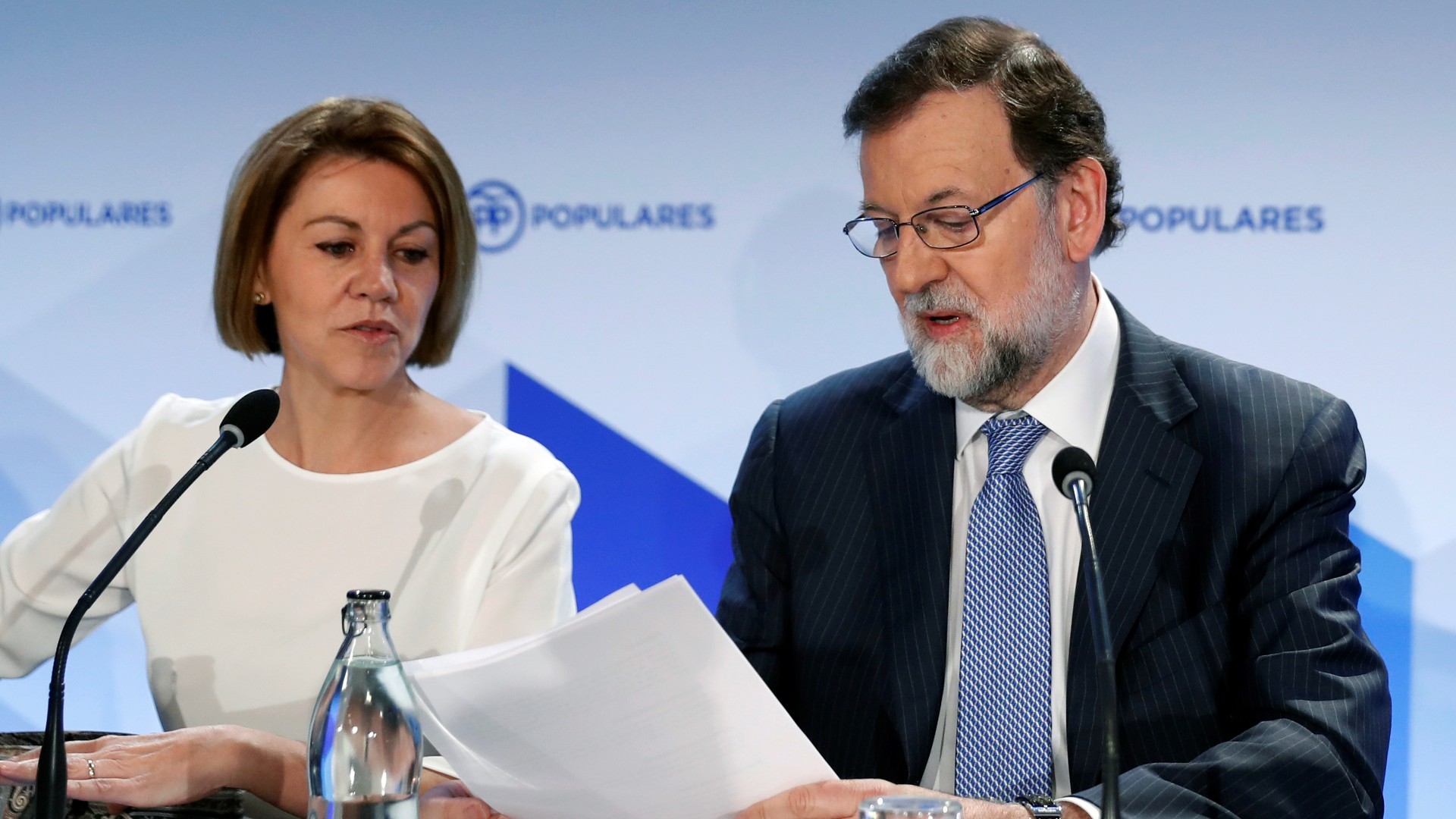 The parliamentary commission research on Kitchen operation has concluded that the PP leadership ordered this alleged plot spy parapolice to his former treasurer Luis Bárcenas, with the knowledge of the former Secretary General María Dolores de Cospedal, “who informed” the former president Mariano Rajoy.

This has been agreed by a majority of the commission, created to discern the political responsibilities around this operation allegedly hatched by the Ministry of the Interior with funds reserved to steal compromising documentation for the PP from the ex-treasurer, which was being investigated in the Gürtel case.

Finally the proposal of endorsed conclusions has been that of the PSOE, what has accepted incorporate some wording changes and two issues in the document of Podemos, ERC, Junts, EH Bildu and CUP that demanded a review in the awarding of police medals and in the control of reserved funds. After the endorsement of the commission, the opinion will be taken to the plenary session of Congress, already in 2022.

“Partisan, criminal and illegal use” of State resources

The Commission has concluded that the “leadership leadership” of the popular “ordered the partisan, criminal and illegal use of personnel, means and resources of the Ministry of the Interior ” to find evidence that was in the power of Bárcenas and that blamed the party “for irregular financing and cases of corruption during the years in which they ruled.”

According to the document approved at the proposal of the PSOE and collected by Efe and Europa Press, the alleged plot investigated in the National Court would occur “with the knowledge” of Maria Dolores de Cospedal, “who informed Rajoy.” In addition, the deputies They point to former minister Jorge Fernández Díaz as the person who “entrusted the Secretary of State for Security, Fernando Martínez, with the implementation of the entire criminal operation.” The “epicenter” of operation, which dates back to 2013, would be in the Deputy Operational Directorate of the Police, then headed by Eugenio Pino.

In order to “obstruct” the ongoing judicial investigations and prevent the evidence against the PP from reaching the Justice and the Judicial Police, the text indicates, “reserved funds and police officers were allegedly used. irregularly. “

The commission has agreed this opinion with 159 votes in favor (PSOE, Unidas Podemos and Bildu), compared to 149 against (PP and VOX and Ciudadanos) and 29 abstentions from ERC, PNV and Mixed Group.

Rajoy denied the plot and Cospedal refused to testify

Rajoy was the last of the 37 cited to appear in this commission on November 13. Some appearances that they have lasted nine months and that lasted after Cospedal’s prosecution in the existing court case at the National High Court. Indeed, Cospedal was the penultimate to go to the commission and this was possible because the magistrate decreed the file of the case against her.

In your statement, Rajoy denied that there was a box B in the PP, the very existence of the Kitchen plot, and denied having met the retired ex-commissioner José Manuel Villarejo, the main defendant in the National Court. In addition, he defended the “innocence” of former Interior Minister Jorge Fernández Díaz and former Secretary of Security Francisco Martínez, two other of those investigated in the case: “I don’t think they mounted” an operation.

Cospedal appeared before him, but he availed himself of his right not to declare, although he did break it to ensure that Bárcenas and Villarejo “lie”.

Through the Kitchen commission, which started on March 17, they have passed, among others Bárcenas himself appearing, as well as former leaders such as former Interior Minister Fernández Díaz and his number two Francisco Martínez, policemen and former policemen, such as Villarejo.

The last session of the commission, number 26 and held behind closed doors, has highlighted that most matches They agree on the existence of the operation and the “involvement” of the political leaders in the Government and the PP, Although the groups that have abstained have regretted that they could have gone “further” in the conclusions.