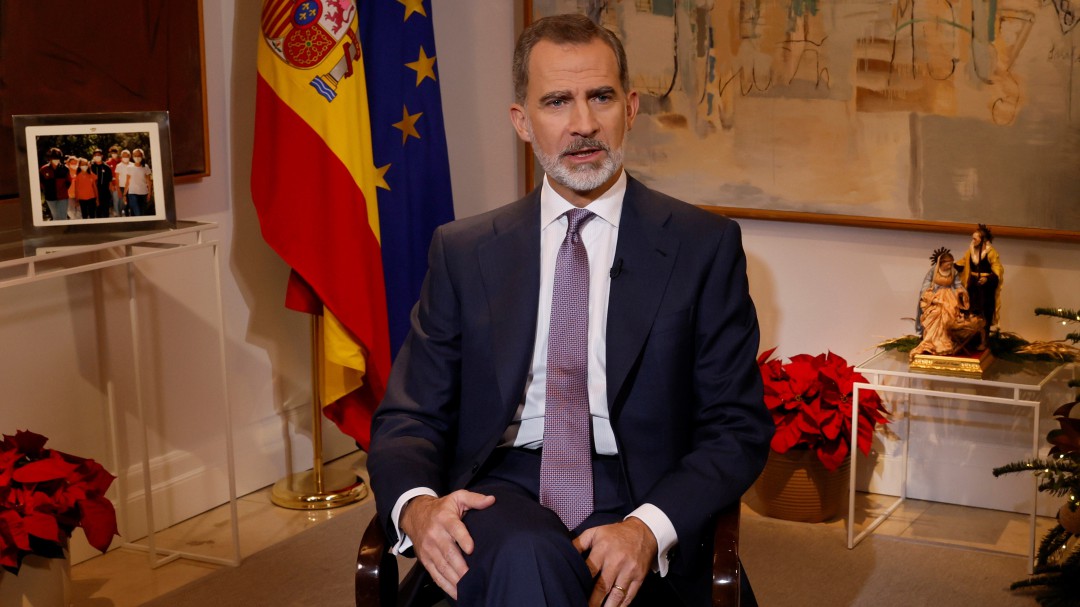 The memory of the island of La Palma after the volcanic eruption and the COVID-19 pandemic have marked the eighth Christmas speech of King Felipe VI. In his traditional message, the monarch has called for “public and moral integrity” in the institutions and has defended the Constitution as a “main beam that has favored progress” and that “has sustained democratic coexistence” in the different crisis that Spain has faced.

The island and the inhabitants of La Palma have been the subject of the first words of Felipe VI in his message this Friday. “Today our hearts and our thoughts remain with you,” said the king in his opening, acknowledging feeling full of “sadness” after the three months of “painful and difficult situation” that “have left many homeless and without means of care. life”.

The other big theme of this speech has been the pandemic. “The virus still has the ability to harm us,” said Felipe VI, who has made a comparison between the “different situation” in Spain at the end of 2020 and that at the end of 2021, with a virus “that becomes transmit very quickly. ” Therefore, after highlighting the advances in science and the “large number of Spaniards who have been vaccinated”, the monarch has asked “to continue to be careful” and “act with the greatest individual and collective responsibility.”

After mentioning the “social, economic and emotional consequences” derived from the pandemic, Felipe VI has pronounced some optimistic words about the country’s economy. “Our economy has grown again and has recovered the vast majority of temporarily suspended jobs.” However, he has stopped to highlight the “increase” of people in vulnerable situations and has emphasized the “concern” in Spanish households about the rise in prices, the constant rise in the price of electricity or the difficulties in finding employment, “especially for young people.”

As is usual in the messages of December 24, Felipe VI has made a fierce defense of the Constitution, which he has defined as the “main beam that has favored our progress” through the crises he has faced the country in more than four decades of democracy in which Spain has undergone “a very profound change.”

More than a year after the departure from Spain of King Emeritus Juan Carlos I, whom he already referred to indirectly in his 2020 speech, Felipe VI has made a call for “responsibility” to the institutions, which he has asked ” respect and comply with the laws and be an example of public and moral integrity “. For this reason, he has asked for “collaboration” and “consensus” that “guarantee greater stability and greater well-being in homes.”

The future of Spain

During his speech, Felipe VI looked to the past, but wanted to have a few words about the future of the nation. “Our future as a country goes very hand in hand with the European Union,” explained the king, who has also defended the work of the EU in recent months: “The fight against the pandemic has strengthened the Union itself, which has made very important and unprecedented commitments in health, economy and employment. ”

In addition to asking Spain “to trust its forces as a nation”, Felipe VI has linked the future of the country to European reconstruction funds after the pandemic, “a public occasion that we cannot miss,” according to the head of state.

The king, dressed in a navy blue suit, a white shirt with fine stripes and a tie with dots in red, blue and white tones, has spent 13 minutes and 20 seconds in pronouncing the 1,554 words that make up his text, recorded in the Hall of the Palace of la Zarzuela, adjacent to the Audience Hall.