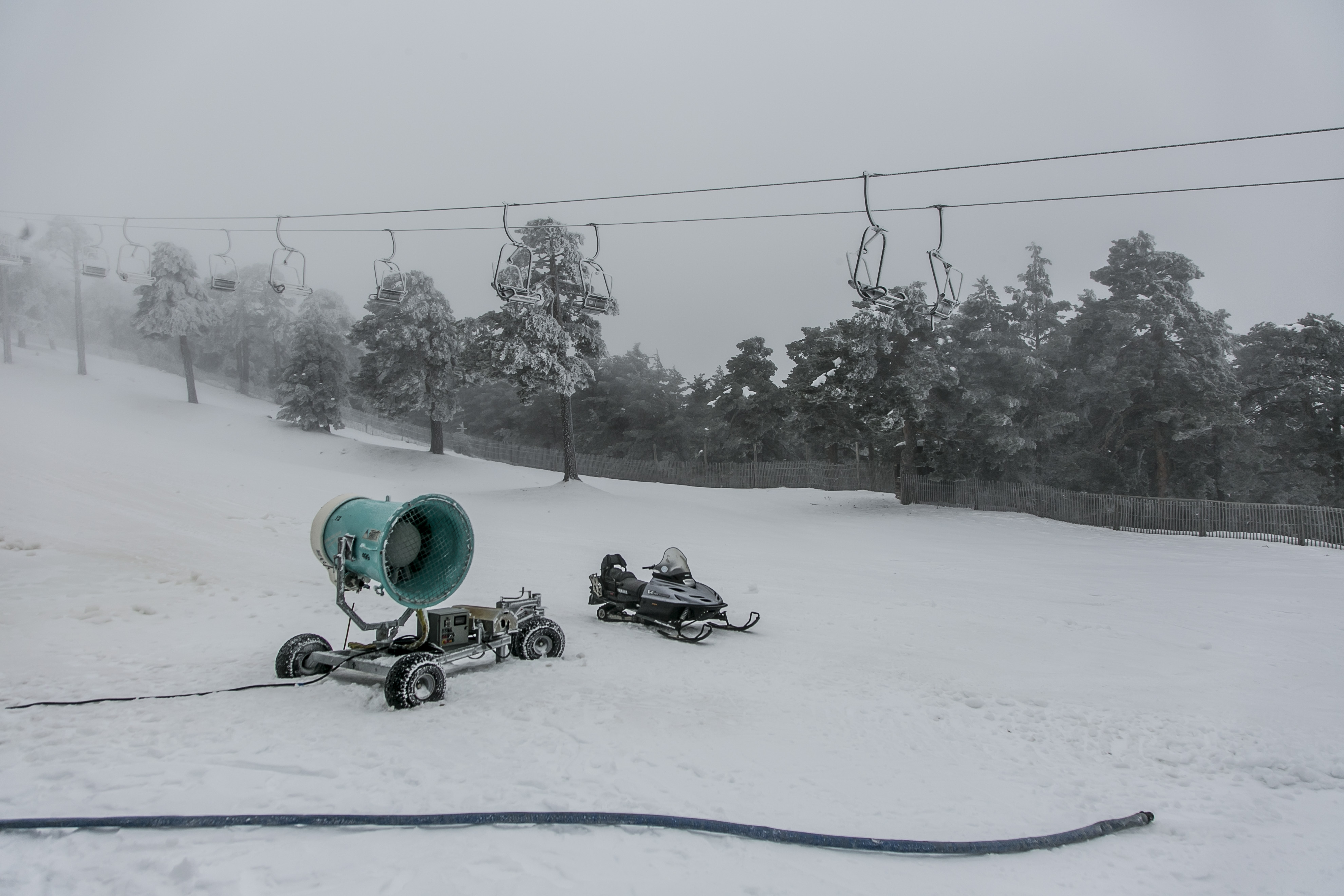 The Superior Court of Justice of Castilla y León has denied the precautionary measures requested by National Parks, an entity dependent on the central government, to prevent the reopening of the Navacerrada ski resort. With this ruling, the tracks will be able to reopen when the meteorological conditions occur while the same court resolves the conflict opened by this matter between the central Government and the Junta de Castilla y León. At the moment, the station is still closed due to bad weather, although the company has already announced that as soon as conditions improve, it will open.

The first section of the Contentious-Administrative Chamber, based in Valladolid, has thus responded to the request made by the Autonomous National Parks Agency, dependent on the Ministry for Ecological Transition, as part of an appeal filed against the Junta de Castilla and León, and on whose background he has yet to resolve. In its writing, National Parks appealed an agreement of the Board in which the autonomous government declared itself “not competent” to declare the expiration of the concession of the Segovian side of the ski resort. And he asked that the tracks not be allowed to reopen.

As it did in its order rejecting the very precautionary measures last week, the order of the higher court now rules out that irreversible damage will be caused if the measure requested by Natural Parks is not adopted, since the acts of use of the mountain from the The last concession has been made for the last 25 years and the damage must be understood to be rather in the impediment of the use and the possible withdrawal of the facilities than in their closure.

Gonzalo García, head of the company that manages the ski resort, affirms that their intention is to open, whenever the weather conditions allow it. The storm that hits Spain these days has prevented them from being able to operate normally, as they intend despite the confrontation between administrations. “They do not agree,” criticizes García, who explains that the position of the winner is that these two years of “exceptional circumstances” due to the coronavirus, which has suspended the activity of the station for months, do not count within the 25 years of permission granted by the license. They, he assures, are not asking to extend the award but to “recover” that time without activity in the snow.

The confrontation between the Government of Castilla y León and the Ministry for the Ecological Transition comes almost a year after the State announced that the license to manage these facilities in Navacerrada, which depend on Natural Parks, would no longer be put out to tender. The ministry used environmental reasons to justify that the area was not exploited again with skiing. The competence over these permits corresponds to the central Executive, which has urged Castilla y León to manage the uninstallation of the station’s structures. The regional president, Alfonso Fernández Mañueco (PP), has censured the order of the national government and has affirmed that there is fixation towards his territory. Mañueco has had the support of the leader of his party, Pablo Casado, who alluded to the 70 jobs generated by the station and the policies against depopulation, and with that of Isabel Díaz Ayuso, his counterpart in the Community of Madrid.

Once the decision of the Castilian-Leon high court is known, Fernández Mañueco has valued: “Common sense has prevailed and I want to say that Sánchez has to stop his attacks against the interests of Castilla y León where there is a possibility of social economic development; in the rural world there is an inexplicable attack by the Sánchez Government ”.

The ski resort of #Navacerrada will maintain its activity. I demand that the Government of Spain cease attacks against the economic and social development of # CastillayLeón, especially against our rural environment. My priority will always be to defend people’s interests. pic.twitter.com/epViCojRzi

In addition to Castilla y León, the Navacerrada station also spans various municipalities in the Community of Madrid, and President Isabel Díaz Ayuso has not hesitated to celebrate the court’s decision with a message on Twitter: “Justice guarantees that its tracks are not closed as Pedro Sánchez intended. Madrid and Castilla y León are in luck ”.

For his part, the Secretary of State for the Environment, Hugo Morán, recalled that this conflict is part of a process of expiration of a concession, which seeks to “return to citizens the ability to enjoy and availability of natural resources”, something that is “linked to the declaration of the Guadarrama park”, where the station is located.

See also  Who wants to agree with whom?