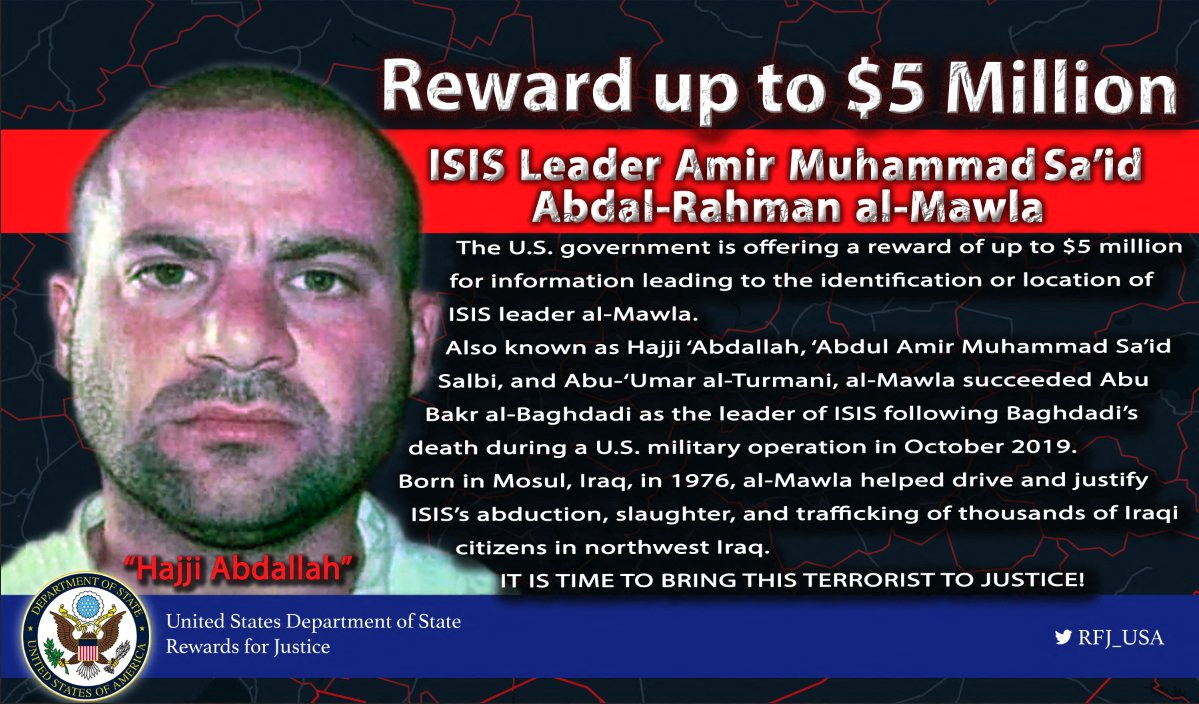 The jihadism of the Islamic State (ISIS) that dominated with medieval brutality a vast territory straddling Iraq and Syria is just a shadow. The monster amplified by the dissemination of videos of mass beheadings and that encouraged global terrorism has once again been decapitated. What remains of the militias of the caliphate proclaimed by Abubaker al-Baghdadi in June 2014 roams the desert Syrian-Iraqi border, where they carry out attacks and set up sporadic ambushes, after their crushing defeat in March 2019. The founder of ISIS blew himself up in pieces in his refuge in Idlib (northeast Syria) seven months later to avoid being captured by US troops. His successor, Abu Ibrahim al Hashemi al Quraishi, suffered the same fate this Thursday in another nearby hideout and the explosion killed part of his family.

Despite having been decapitated twice in just over two years, ISIS remains a living threat, as it has just shown last week in the bloody assault on Hasaka prison (northeast Syria). And it still extends its tentacles throughout the Middle East, the Maghreb or the Sahel. “The Islamic State is more of an idea than a physical reality. It is an ideology that does not depend on a charismatic leader,” warns American professor Joshua Landis, a specialist in the Syrian conflict. “Al Quraishi’s death has set him back, just like Baghdadi, but it won’t be difficult for him to name another leader fairly quickly,” Landis, director of the Center for Middle East Studies at the Middle East, said in an exchange of messages. University of Oklahoma. “And just as it no longer has a caliphate, it doesn’t need a caliph either,” he adds.

ISIS is far from dead. Its capacity as an insurgent group had been growing in recent months with attacks on troops in Iraq, where jihadists killed a dozen soldiers in January and slit the throat of a policeman on camera. In Syria they have faced the militias of the Syrian Democratic Forces (SDF), controlled by the Kurds, and the Army loyal to President Bashar al-Assad. They have also killed Sunni tribal leaders allied with the SDF and the US.

See also  More than three in five homeowners were 'winging it' when they bought their home, research has revealed

“The alarm signal was the assault on the Hasaka prison,” agrees via Twitter the researcher Charles Lister, director of the programs on Syria and Extremism of the Middle East Institute, based in Washington. “The death of the ISIS leader has been a significant achievement, but ultimately the group retains the same insurgent capabilities that have been of concern (in Hasaka),” he says.

The large-scale offensive launched for more than a week by some 300 members of the Islamic State on the prison, with the aim of freeing 3,500 former jihadist combatants, was definitively crushed last weekend after a prolonged pitched battle with blood and fire. The Kurdish militias of the SDF, which control the prison, had the support of the United States aviation and special forces to quell the largest armed action by ISIS since its defeat almost three years ago.

More than 300 jihadists, including attackers and rioting inmates, lost their lives, and some 120 Kurdish militiamen fell in the clashes, in which two hundred inmates fled. Up to 45,000 civilians had to flee their homes, according to data collected by the United Nations. Unicef, the UN agency for children and youth, had counted at least 700 prisoners between the ages of 10 and 17, the so-called “puppies of the caliphate”, born into families of jihadists.

“The operation was notable for its breadth and coordination,” acknowledges Landis. “It was designed to alienate Sunni Arab tribes from Kurdish leaders, whom ISIS accuses of holding prisoners in inhumane conditions, without any judicial process or hope of release.” He believes that the serious economic crisis in Syria is fueling the resurgence of ISIS amid Arab discontent over unemployment and shortages.

When the caliphate fell in 2019 in the town of Baguz, on the banks of the Euphrates, the UN estimated that the Islamic State had more than 10,000 fighters. The international coalition against ISIS led by the United States placed between 14,000 and 18,000 the number of jihadists who were still up in arms in that group, of which 3,000 were foreigners, neither Syrians nor Iraqis. Most of these survivors seemed to have reintegrated into daily life, in sleeper cells ready to activate.

The withdrawal of almost all US troops from Syria ordered under the presidential mandate of Donald Trump (currently some 900 US special forces soldiers are still on the ground) and the cutting of military and economic aid to Kurdish militias and its autonomous Administration are behind the recent resurgence of ISIS, analysts point out. Syria is today fractured into three parts. Almost two thirds under the control of the Assad regime, another third in the hands of Kurdish forces and strips on the northern border in the hands of Turkey.

“The territorial division and the weakness of the central government facilitate the activity of the Islamic State,” says Landis. After almost 11 years of civil war, several parallel wars have emerged amid the power and territorial vacuum. Turkey against the Kurds, who are backed by Washington; the Baghdad government, supported by Russia and Iran against the besieged jihadists in Idlib, and ISIS against everyone. The fight against the Islamic State has become the only common denominator between opposing sides.

The death of the last head of the organization does not end the armed threat of ISIS. Pending his appointment, the leader who succeeds him will presumably follow in his footsteps in the shadows, unable to launch video or audio messages from the social media pulpit, in which Al Baghdadi preached to the followers of he. Breaking the silence of communications to order the assault on Hasaka prison seems to have been the main cause of the fall of Al Quriashi in his hideout in Idlib. The price paid for the spectacular war propaganda coup, designed to boost the rebuilding morale of his ranks, has been the highest.

“US and Kurdish forces captured some of the main ISIS commanders in Hasaka, which may have led to their whereabouts being confirmed,” says Professor Landis, who is surprised by the location of the ISIS leader’s hideout. , following in the footsteps of its predecessor. Al Quraishi lived about 200 meters from a checkpoint of the Hayat Tahir al Sham group, heir to the Al Nusra Front, the former Al Qaeda affiliate in Syria that controls most of the rebel stronghold of Idlib, and just a kilometer from a Turkish military position.

Man City’s next generation are already eyeing trophies in 2023