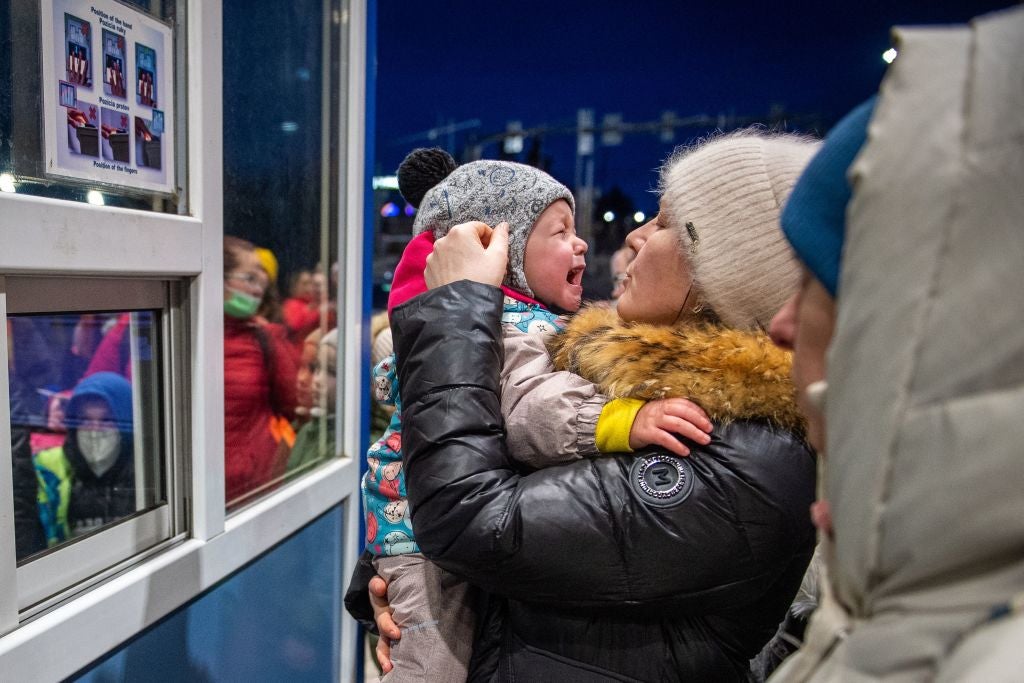 The prime minister has been stronger on rhetoric than on action in responding to the Russian invasion of Ukraine. He has imposed some minor sanctions, including canceling a football game, but he has held back from leveling with the British people about the cost to us of the kind of meaningful sanctions that would impose significant costs on the Russian economy.

Nor has Boris Johnson said anything about our duty to take in refugees from Ukraine, which should be one of our first obligations to the Ukrainian people. There ought to be no hesitation about this. There can be no cavils about Ukrainians being “economic migrants”: these are people fleeing a war. Ukraine’s neighbors have opened their borders; we, as allies of the Ukrainian people, must show our solidarity in concrete form from further away.

First, we must help Poland, Slovakia, Hungary and Romania as they try to provide food and shelter to the thousands of Ukrainians arriving across their borders; but then we must offer to accommodate our share of refugees here, too. Other countries have done so, with a speed that shames us. Ireland and Portugal have already said that they will accept Ukrainian refugees without requiring visas; the UK should do the same.

The Independent has had its disagreements with Mr Johnson’s government about the issue of our membership of the European Union, including over its right of free movement. We have our reservations about the Nationality and Borders Bill currently going through parliament; it would be monstrous, as Sonya Sceats points out in our pages, to criminalize Ukrainians arriving in the UK by the “wrong” routes. We have also praised the government for its willingness to allow Hong Kongers to settle here, and we urge the prime minister, the home secretary and the entire government to show the same compassion in this new emergency.

We have, after all, done this before. When war tore through the Balkans in the 1990s, thousands of refugees were given sanctuary in Britain. And we can do it again. The Local Government Association, representing local councils in England and Wales, and Cosla, its Scottish equivalent, have said that their members stand ready to work with the government to help resettle refugees. We have throughout the UK a rich ecosystem of charities willing to help mobilize the better angels of the British people in this cause.

This is not just a matter of compassion or even of international law – obligations under the 1951 Geneva Convention on refugees – our sympathy for those fleeing tanks and missiles should be enough. This is also a matter of enlightened self-interest: we believe that, however gloomy Ukraine’s prospects seem now, the country will be free and prosperous one day, and we want its people to look favorably on those nations that stood by them in their hour of need. We want them to trade with us, to exchange ideas and people with us, to form bonds of friendship.

If we are not prepared to fight with them against their aggressor – because Vladimir Putin’s Russia has nuclear weapons – and yet we proclaim our solidarity with them, we must make it mean something.

Taking in our fair share of Ukrainian refugees is the least we can do.