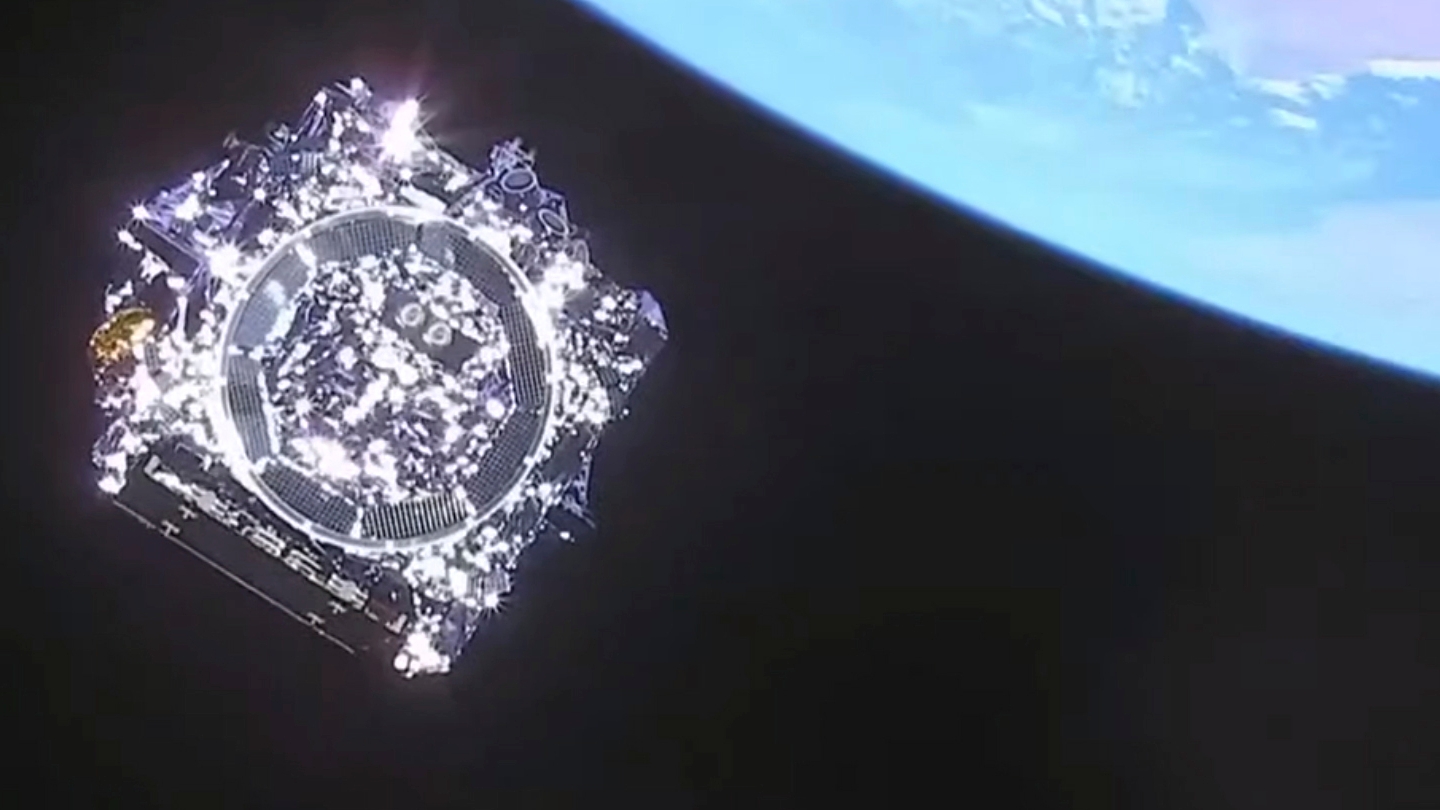 The biggest, the most complex, the most expensive. The space telescope James Webb (JWST) exhausts superlatives. Its fantastic folding mirror and huge extendable sunshade are the two stars that have attracted the most comments. But in the guts of that ship are dozens of ingenious devices, developed only to meet the stringent requirements of this mission.

Being an infrared telescope, the Webb it must operate at very low temperatures. The sunshade that protects it from direct light will take care of that. In a matter of a couple of months, the cold in space will have cooled it down to about 220 degrees Celsius, enough to operate three of its four instruments.

The fourth – the mid-infrared spectrograph – is more demanding. It must operate at only 7 Kelvin, no more than 266ºC below zero. For that you need some additional means of cooling.

The first idea was to use a thermos (technically, a Dewar glass) with liquid helium as a coolant. It was a simple and reliable solution: it has been used before on board smaller satellites. But the helium is consumed, thus limiting the life of the observatory. In 2007, a drastic decision was taken that would force the redesign of numerous portions of the satellite (for this reason, among other things, it has cost the fortune it has cost): Change the cooling system for an acoustic cryo-cooler.

Acoustic in the vacuum of space? A sound wave is basically a series of areas where air is successively compressed and expanded. When compressed, it heats up. By collecting this heat and eliminating it in suitable radiators – and the help of other more conventional systems – extremely low temperatures can be reached.

The sound wave is generated inside the helium-filled tube. This requires mechanical means. Specifically, two pistons that compress and expand the gas creating a standing wave inside. Put your hand on the door of your home refrigerator. Notice the vibration? At Webb, which has to point towards the stars with absolute precision (and maintain its position stable for hours) such a rattle would be intolerable. The two pistons, which move in opposite directions to cancel shaking, have been balanced with the care of the best Swiss chronometer. They are one of the very few moving parts on board.

The telescope’s orientation system uses six gyroscopes to detect small angular movements. Three would be enough; but they are so critical elements that many others are included as a reserve to offer a certain level of redundancy in case one fails. A traditional gyro (essentially a precision spinning top) also has at least one moving part, the rotor that spins at high speed. In the case of Webb, even that has been removed. Instead it uses brand-new “hemispherical resonator” models.

Imagine a glass of wine vibrating, as when it is made to “sing” by running a wet finger over the rim. Under certain conditions, flipping it in the air induces minimal deformations in the vibrating glass. They are microscopic, only detectable by very precise laser illuminators. The higher the turnover, the more pronounced the effect. In this way, the behavior of a mechanical gyroscope can be simulated, with the advantage that, as there are no moving parts, they do not suffer from wear. They should work for years, much longer, of course, than the Hubble ones – these are mechanical ones – which already show signs of aging.

In terms of miniaturization, the JWST has promoted spectacular developments in many fields, some with immediate practical applications. Integrated circuits have been developed capable of operating at cryogenic temperatures, control techniques during mirror polishing to ensure that they were adapted to the desired shape, verification systems with nanometer tolerances … The latter have already jumped into ophthalmology, to accurately map the shape of the cornea or lens prior to refractive surgery.

Calibrating the telescope mirror will require as much or more precision than an eyeball operation. Once deployed, its 18 segments will be misaligned. In other words, when they point to a specific star they will form not one but as many images. You will have to adjust the hexagons one by one until they coincide in one. To do this, each segment is held at the back by three adjustment points that allow corrections of the size of one ten thousandth of the thickness of a hair. The operation will take weeks; When finished, the 16 segments will form a continuous surface as if they had been carved from a single block of glass.

The Webb has been treated between cottons. It has too many mechanisms whose operation depends on a few microns. It was built in hyperclean environments. It is enough to remember that all the technicians who approached him did so wearing surgical gowns and masks. It remained this way during transport by land and sea and even during its installation on the carrier rocket, which was also made inside an isolation tent.

Already on the ship that took him to Kouru after crossing the Panama Canal, his container was equipped with a stabilizer system so that the waves would not disturb it. And on one occasion when one of the fastening straps broke, the technicians re-inspected it from top to bottom to verify that the small blow had not had consequences. All these precautions contrast with the rattle it suffered during the twenty minutes of launch, subject to all kinds of vibrations and accelerations of the trip.

Now begins a month of critical moments, as the components of the Webb will be deployed: The photoelectric panel (whose opening could be followed live on television), the antenna, the compensation flap for the solar radiation pressure, the extension and tensioning of the thermal shield, the Spider supporting the secondary mirror, the lateral wings of the mirror … A month of tension until reaching its final orbit at Lagrange 2. Not in vain in this choreography four hundred critical points have been detected; a failure in any of them could spoil the entire operation.