Skip to content
Home News The incidence rises almost 100 points and reaches 609 cases per 100,000 inhabitants after the weekend | Society 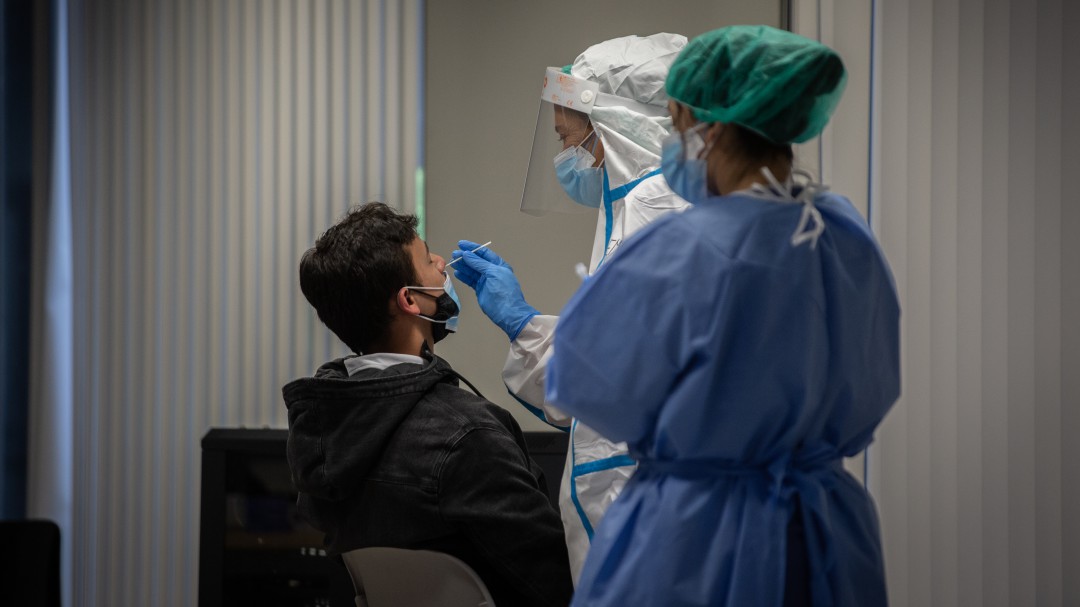 The Ministry of Health has published this Monday the report of infections, hospitalizations and deaths from COVID-19 in Spain and the data reflects 79,704 new cases since Friday, bringing the total official number of people infected since the start of the pandemic amounts to 5,535,231.

In addition, Health has reported a total of 85 new deaths throughout the weekend, so the total number of deaths from the SARS-CoV-2 disease has risen to 88,793 people since the pandemic began.

The accumulated incidence at the national level at 14 days continues to rise and stands at 609.38 cases per 100,000 inhabitants after increasing by 98 points since the last data recorded this Friday, when Spain entered very high risk.

By communities, the Basque Country and Navarra are the regions that are the worst in terms of incidence, both exceeding the barrier of 1,000 cases per 100,000 inhabitants. Navarra with an incidence of 1,393 points and Euskadi, with 1,123. They are followed by La Rioja (959), Aragón (938) and Ceuta (851) touching a thousand cases.

On the other hand, the latest data for this Friday show that there are currently 6,667 7,501 patients admitted for COVID throughout Spain, 834 more since Friday, of which 1,442 are in Intensive Care Units (ICU), 136 more during this purpose of week.

Regarding the bed occupancy rate due to coronavirus, it remains at 6.03%, repeating the figure reached on Thursday. Finally, in the ICU, the percentage rises to 15.49%, a figure that in the previous study stood at 14.03%.

See also  Reactions to the King's speech: PP and PSOE coincide in defending the speech of Felipe VI | Spain

The omicron variant accounts for 47% of cases

Regarding the update of the coronavirus variants present in Spain, Health has confirmed that between December 6 and 12, the omicron variant already accounted for 47% of the cases detected in Spain. This means that half of the infections detected were of this new variant. In addition, the transmission has been exponential since between the last week of November and the first of December it did not even reach 4% of the cases.

For its part, the delta variant continues to be predominant in Spain, although the difference with omicron is getting smaller and smaller. The delta variant accounts for 51% of the cases detected. Also, according to the sequencing of other variants of COVID-19, only 1% of cases are of other strains.

According to data from the Ministry of Health, 11,071,984 third doses have already been administered, 6,832,123 from Pfizer (compared to 6,714,908 on Friday) and 4,239,861 from Moderna (compared to 3,793,084 on Friday). These data collect the additional doses in people with high risk conditions and those who live in residences, as well as those over 60 years and those vaccinated with a single dose of Janssen.

See also  Those in public life should act with integrity, Archbishop of York suggests