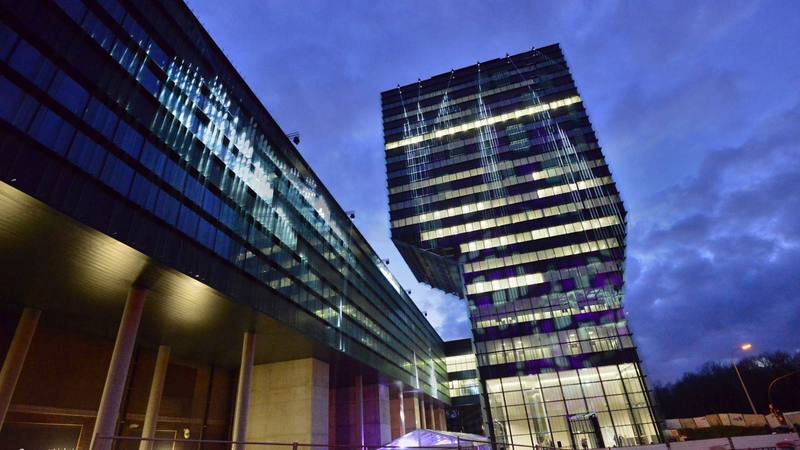 “While the world demand for microchip grows, the production in Europe decreases. We have to act nowWith these words, the president of the European Commission, Ursula von der Leyen, made it clear that the semiconductor industry will become a Community priority.

To achieve the long-awaited independence from Asia, where the main factories are located, Europe has an ally: the IMEC (Interuniversity Center for Microelectronics) has been dedicated to the cutting edge semiconductor and nanotechnology research. Unlike manufacturers, it does not compete, but investigates with funds from all companies in the sector and makes knowledge available to you.

Its headquarters are in Leuven, Belgium, an imposing 14-story building that is the most neutral place in the most opaque industry, that of digital technology. Within 5,000 employees from 97 different countries work and the gibberish of languages ​​dominates everything. At IMEC they look for technological solutions to problems with commercial or even political origins.

“The shortage has been global and the urgency now is achieve a more secure microchip supply chain in the future. Here companies can come in the pre-competitive period and work together to achieve better results ”, says Jo De Boeck, head of strategy at IMEC.

Lack of factories in Europe

Knowledge alone is not enough. If Europe is to achieve the goal of producing 20% ​​of the world’s semiconductors, it needs more factories. For this they are shuffled investments close to 30,000 million euros, still far from the 140,000 that the United States government is considering mobilizing.

Much of that money could go to building clean rooms, the heart of microchip factories. They are very scarce infrastructures and 10,000 times cleaner than an operating room, but its cost is astronomical.

IMEC’s ​​clean room is funded by its partners and only a handful of engineers are authorized to work there. It cost 2.5 billion euros and took 2 years to build. Shortening these deadlines will be the great challenge for the European Union to achieve self-sufficiency in the shortest possible time.

“We have physicists, engineers, scientists. What we do in this room is investigate with them. The functions of the microchip are growing, however the size of its layers decreases more and more. The size becomes that of the atom”Says De Boeck.

And those dimensions require machinery and precision within the reach of very few. Processes with more than 100 steps are required to remove a single microchip and the average is about 3 months until they are ready to go on the market. When major Asian factories stopped due to the pandemic, the slow process of getting back on track and accumulated delays unleashed disaster.

To the delicate manufacturing techniques we must add another variable; the margin of microchip that is discarded after spending weeks in its production. A microscopic speck of dust can ruin the whole process.

The future of the industry

Experts estimate that the global microchip shortage will persist until the end of 2022 and the planet is preparing for it. De Boeck recalls that “semiconductors influence all aspects of life”, including the health.

In IMEC’s ​​plans is apply their knowledge to the hospital sector and achieve a refined technology to manufacture green and sustainable microchips. In Europe, the current production of semiconductors is doubling in the next decade.

Sector giants such as INTEL have already announced colossal investments, close to 80,000 million euros, to expand their factories in Europe. The European Union hopes that others will follow suit and its most ambitious project is the new European Microchip Law. At the moment they have already skipped one of their main golden rules: allow public investment in private microchip companies. A first step towards reaching your ultimate goal, what Brussels calls ‘technological sovereignty’.