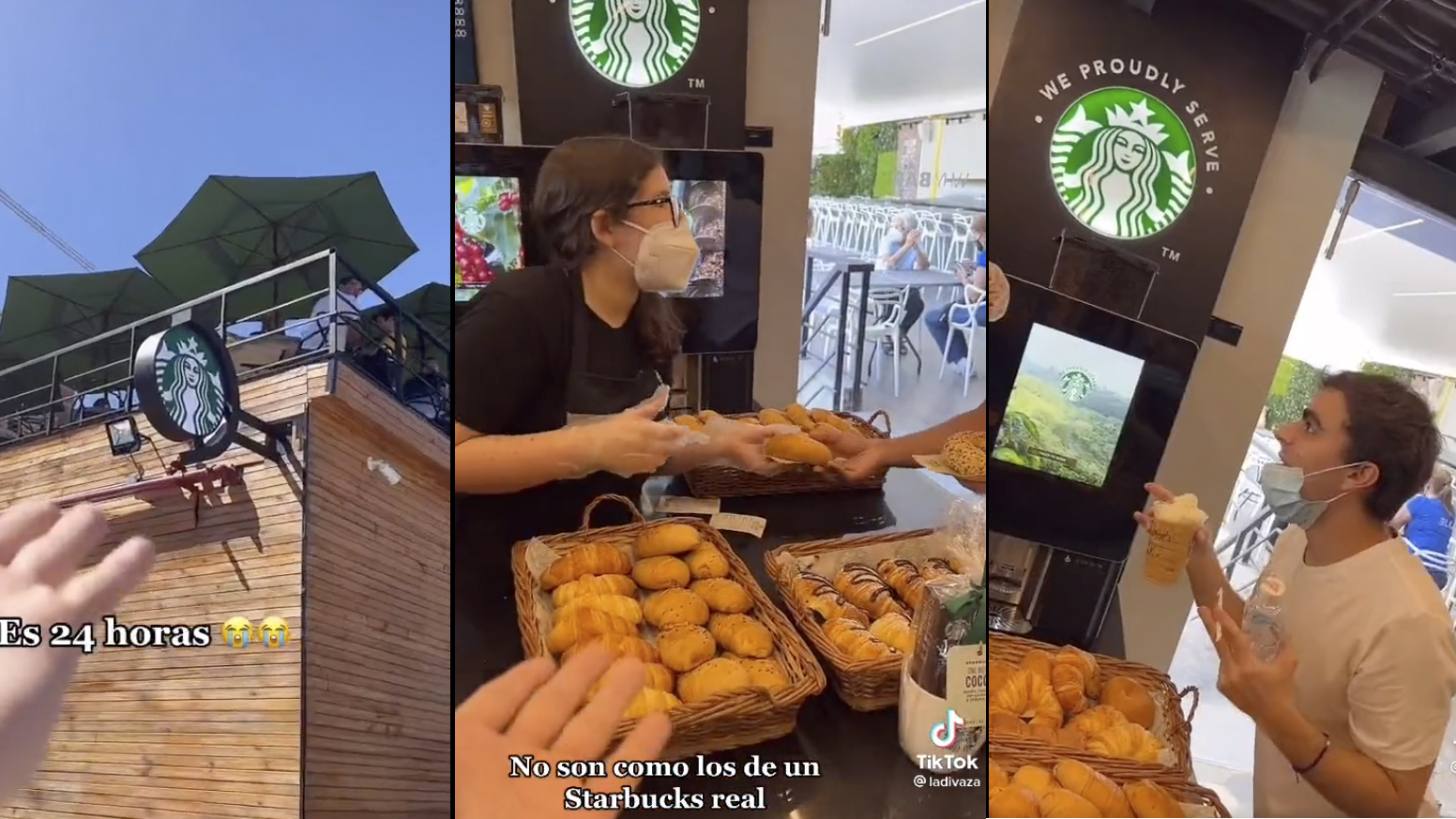 The tiktokers From the moment they have rushed to confirm the news: a Starbucks has opened in Caracas and there is a line to enter. A frappuccino With caramel it costs seven dollars and the drink menu is similar to that offered by the iconic coffee shop in its 30,000 stores in 78 countries. The Venezuelan Starbucks, however, appears to be pure foam. A week of uproar on social networks has followed the opening of a supposed branch of the cafeteria inside a supermarket that hangs on its facade the well-known logo of the two-tailed mermaid of the Californian company … even if it is not one of their official stores.

There are people who fantasize about being Anne Athaway in The Devil Wears Prada, running with some glasses of coffee through a mini New York props as Las Mercedes might look like today with its dozens of empty business towers. In this area in the east of Caracas, the supermarket with the supposed international cafeteria was opened and luxury car dealerships, casinos, more stores of imported products and restaurants that remain full of diners, have also appeared, among the lonely tall office buildings. The mirage of an economic recovery in an oil country that has been in contraction for eight years raises suspicions, like Starbucks.

Regarding the new location – of which there are two other versions in cities in the interior of the country that have gone more unnoticed – it was initially said that it was an undertaking part of the program We Proudly Serve (We serve with pride, in English) that the brand manages through Nestlé to market some of its products. That thesis did not sink in the end. Nestlé Venezuela and Starbucks, from the United States, issued statements in which they disassociated themselves from the cafeteria in just two paragraphs and added that the program does not operate in Venezuela. Despite the clarifications, those who visit the Las Mercedes cafeteria drink their coffee in a glass with the brand logo and with their name written in marker as usual.

The evidence has compelled George Nieves, listed as CEO of Yeet! —The supermarket that houses the cafeteria— to recognize that although they use the logo and their products they are not an official Starbucks store, since the company does not operate with the franchise model. “With the opening of the cafe we ​​just wanted the shopping experience in the store to be more enjoyable and fun,” he admitted in an interview to the Venezuelan media The National in which you promote your marketplace. The website of Yeet! He describes them as a group of young entrepreneurs whose ideal is “to bring an international shopping experience to Venezuela.”

The business objective of entrepreneurs can be paradoxical in a sanctioned country, diplomatically surrounded, which reduced its air connectivity with the exterior to almost a minimum – since long before the pandemic – and in which more than 90% of its population is poor after 20 years of the Chavista revolution and the migration of more than six million Venezuelans.

The discussion about the misuse of a trademark seems not to be present in this case, for now. Other businesses have arisen in the last year that are copies of international brands of which they use logos, names, typography and similar packaging without any great presumption about intellectual property. After all, since 2019, anyone who buys a box of Zucaritas or Corn Flakes made in Venezuela will be consuming one more imitation than those that have become common. When Kellog’s it left Venezuela, the government took over its facilities and continued to produce its cereals, despite the company’s warnings that it was an illicit use of its brand.

The de facto dollarization that the country is experiencing reaches 70% of transactions and has boosted this economy of still lifes and supermarkets that makes use of imports free of tariffs and sanitary controls that Nicolás Maduro has authorized, while national production is ruined. The dollars that have finished banishing the bolivar in Venezuela have different origins: the repatriation of capital, the remittances of some private exports, which generates the sale of oil, gold and scrap metal with which the Government is financed underground and the that comes in for money laundering.

Firms such as Ecoanalítica calculate that a growing black or illicit economy already contributes 20% of the current reduced GDP and has begun to create some of these growth and employment bubbles, of which the concessions given by Maduro on expropriated assets and public companies are also part. bankrupt, in opaque transactions with friendly partners and under the confidentiality allowed by the anti-blockade law sanctioned at the beginning of this 2021 by the new Chavista parliament. Washington’s sanctions, far from putting pressure on the government, have allowed it to grow in this underground economy.

After the worst years of scarcity and the greatest contraction, as a consequence of the controls that Bolivarian socialism imposed on the economy for almost two decades, the opening of supermarkets and bodegones has become an event in Venezuela. In early December an alleged Amazon Depot began to sell trinkets that nobody knows where they come from in the center of Caracas using, in the same way as Starbucks, the logos of the electronic shopping giant. The lines of people waiting to enter were seen again. In recent months, the opening of several grocery stores and electronics stores have generated the same eager-to-buy effect.

Although Venezuela will achieve a moderate contraction this year and is on the way out of hyperinflation, the economic opening to which the government has been forced also drags deep inequality. A Venezuelan pensioner or a public administration worker will not have enough income for a whole month to take a frappuccino knockoff, maybe not even a plain national coffee. The economic awakening, however, has given a respite to a part of the surviving private sector – which has even registered growth – that irrigates downstream and reduces social tension due to the serious economic crisis. Those who receive some part of their income in dollars or receive remittances have improved their purchasing power and may have a better year than most Venezuelans.