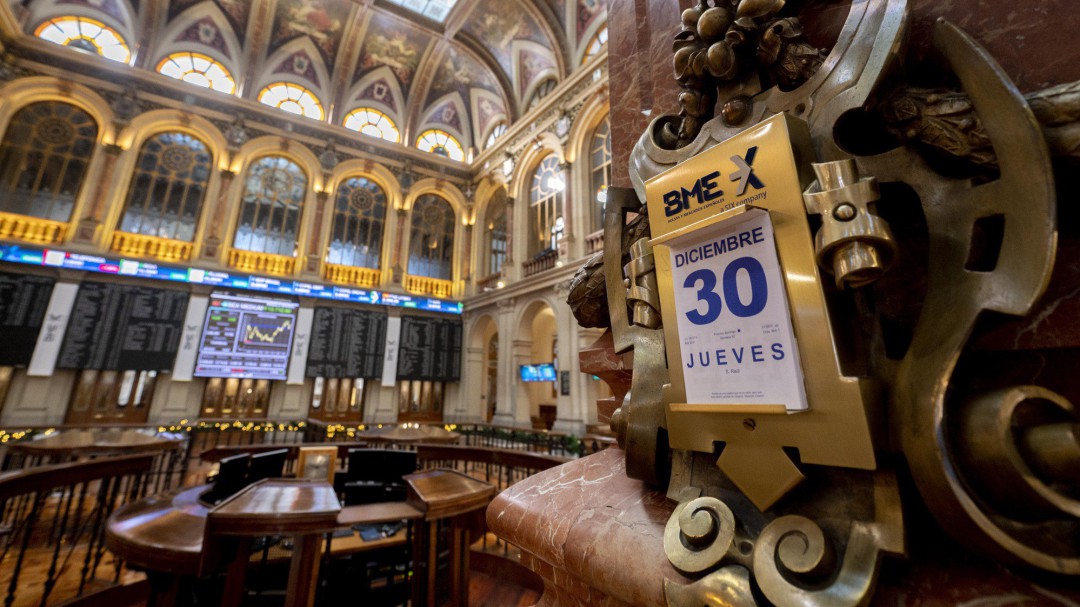 The Ibex 35 has ended 2021 with a revaluation of 7.9% and above 8,700 integers, although it has been marked by volatility derived from the evolution of the Covid-19 pandemic and high inflation figures. This rise occurs after the Madrid selective left 15.45% in 2020, falling to the level of 8,000 integers. However, it is still far from the 10,000 points it reached a few weeks after the start of the pandemic in Spain in March 2020.

XTB analyst Manuel Pinto points out that the year has been marked by “positive and negative” news about the vaccination process and the evolution of data on infections, hospitalizations, and the measures decreed by governments to stop the virus.

In addition, as of September, “inflationary fears” were added as a result of an increase in energy costs and bottlenecks in supply, which led to significant falls in the main world stock markets.

For his part, IG analyst Diego Morín points out that, despite this annual rise, the Ibex 35 “has been one of the indices most affected by the appearance of coronavirus strains”, causing volatility in the price as a result of its dependence on cyclical sectors, such as the tourism sector.

In general, it stands out that the banking sector, also linked to the cycle, has recovered part of the ground lost in 2020 thanks to the support of central banks, while the electricity sector is the most penalized.

In the year, the biggest increases have been those led by the pharmaceutical company Rovi, which has appreciated more than 90% in the year, Fluidra, which has advanced close to 70%, and Banco Sabadell, which has registered an increase 67%.

On the other hand, the biggest drops were recorded by Siemens Gamesa, with a 36% drop in its price; Grifols, which in the year has dropped around 29%, and Solaria, with around 27%.

At the international level, the IG analyst highlights the behavior of the American indices, with rises above 15%, thanks to the arrival of vaccines and the stimulus of central banks. In Europe, the French CAC 40 stands out in particular, which has advanced by almost 30% in 2021.

Regarding the session of this Thursday, the last of the year, the Ibex 35 has registered an increase of 0.46%, standing at 8,713.8 points, precisely in days in which investors are pending the evolution of the omicron variant, which has conditioned the behavior of stock indices in the last month.

In Spain, the Public Health Commission, in which the autonomous communities and the Ministry of Health are represented, agreed yesterday to reduce the quarantine of all positives for Covid-19 to seven days, compared to the ten currently set.

Regarding macro data, this Thursday it was published that the CPI rose 1.3% in December compared to the previous month and shot up its interannual rate to 6.7%, more than two points above the November rate (5.5%) and its highest level in 29 years, due to the rising cost of electricity and, to a lesser extent, food.

Finally, the price of the euro against the dollar stood at 1.1317 ‘greenbacks’, while the Spanish risk premium stood at 74.91 basis points, with the interest required on the ten-year bond at 0.561% .