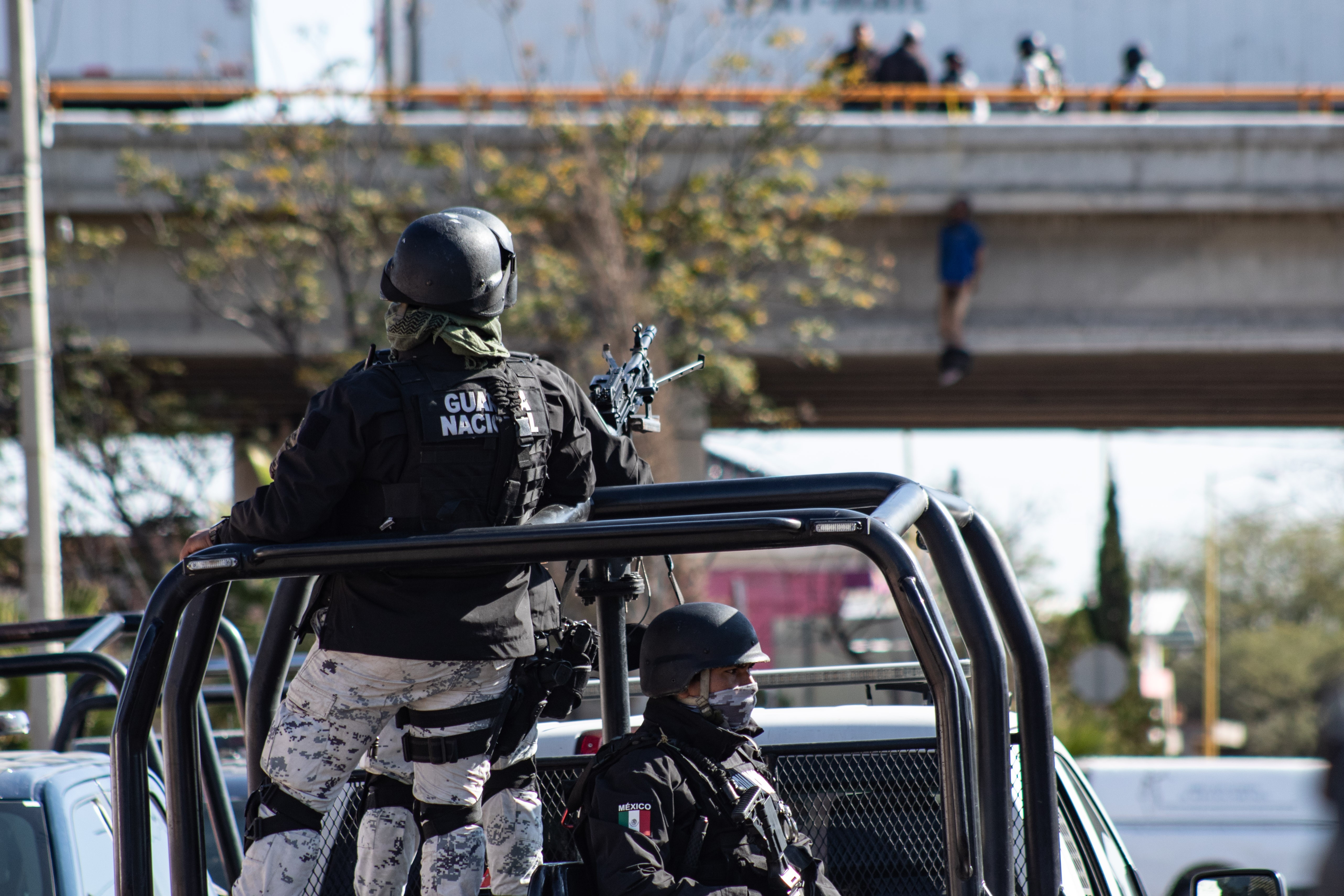 While the governor, who has just come to power, David Monreal, proudly boasted the installation this Tuesday of a National Guard complex in a municipality in the north of Zacatecas, an hour’s drive from there, the municipal police of Fresnillo struggled to pick up eight corpses on a bridge. The State has become the new epicenter of drug violence, because although there are other entities that fight for the first blood position with more or less deaths per inhabitant, it is in Zacatecas where the drug trafficker has dared to exhibit terror as in the worst years of the war against the drug lords. Some 57 bodies have been hung from the entrance bridges to different cities so far this year. Nine municipalities have been left without police. A State taken over by the drug traffickers and their internal struggles that President Andrés Manuel López Obrador will visit this Wednesday and Thursday to try to restore order in a corner of the center of the country out of control.

They had not yet been able to identify the 10 hanging from another bridge southeast of Zacatecas on Thursday, in Ciudad Cuauhtémoc, when the forensic institutes accumulated eight more this Tuesday. In addition to the most visible deaths, there are others bagged, executed in the mountains, abandoned in ditches on the side of the road: a total of 440 people have been murdered in three months. A rate of violence that increases without restraint: 56.4% more homicides than last year.

Monreal, brother of the head of the Morena bench (party of the president) in the Senate, has recognized the inability of the state to put an end to the violence and has applauded the arrival of the president to help his government. After the appearance of the 10 hanged on Thursday and bags with human remains on Friday, the governor decided to dismiss the head of the State Security Secretariat, Arturo López Bazán, who came from the previous Administration and had been in office for just over a year. . In his place, he appointed a retired brigadier general on the same Friday in order to “regain tranquility and peace.” The new Secretary of Public Security, Adolfo Marín, served for 45 years in the Army and Air Force, a heavy-handed profile against drug trafficking for an entity governed de facto by criminal organizations.

The daily routine of drug trafficking terror has shaken a state that was not among the most dangerous localities in the country, the dreaded border points for drug trafficking, such as Tijuana, Ciudad Juárez or Reynosa. But so far this year, Zacatecas, land of sowing and clandestine synthetic drug laboratories, and square of dispute between the two main cartels, the Sinaloa and the Jalisco Nueva Generación, has become the new face of terror. And remember that although the government’s war against drugs stopped with the arrival of López Obrador to power in 2018, the violence has not stopped, it has only moved.

Zacatecas implies the new great security challenge for the López Obrador government, which has tried to avoid the frontal fight against crime and whose strategy is summarized in the slogan “hugs and not bullets.” But the frantic pace with which the drug cartel disputes spread throughout the national territory makes the president’s social plans – which seeks to weaken crime by offering economic and social alternatives to the poorest young people – seem like a utopia. Zacatecas has now exploded as Guanajuato did before, two entities far from the great foci of violence five years ago, and where no government plan has prevented them from continuing to kill as in a war. Other critical points of absence from the State are Michoacán, Guerrero and Sonora.

In Ciudad Cuauhtémoc, a municipality of less than 15,000 inhabitants almost on the border with another state, Aguascalientes, its mayor acknowledged on Friday in a video that he had been left alone and asked neighbors not to go out on the street. The entire municipal police force had resigned due to the threats, disappearances and executions of their companions. Eight more were added to this town. A rosary of towns where the absence of a government is already a reality. And others, like Fresnillo, which maintains its security forces, but that any onslaught of organized crime shakes off shootings and murders with total impunity.

López Obrador travels to this area of ​​the center of the country this Wednesday. It seeks to offer a security plan called the Support Plan, as it did before in Guanajuato, Jalisco or Colima. A strategy that mainly consists of strengthening the presence of the Army and the National Guard in the most violent areas, taken over by drug traffickers. In addition, it regularly reinforces other of its star plans such as Young People Building the Future, with the aim of discouraging the most vulnerable from populating the ranks of organized crime. “Attack the causes,” the president explained in early November. In Colima, in addition to increasing funding for security and the number of soldiers, he promised to create 5,000 jobs for “young apprentices” over 18 years of age.