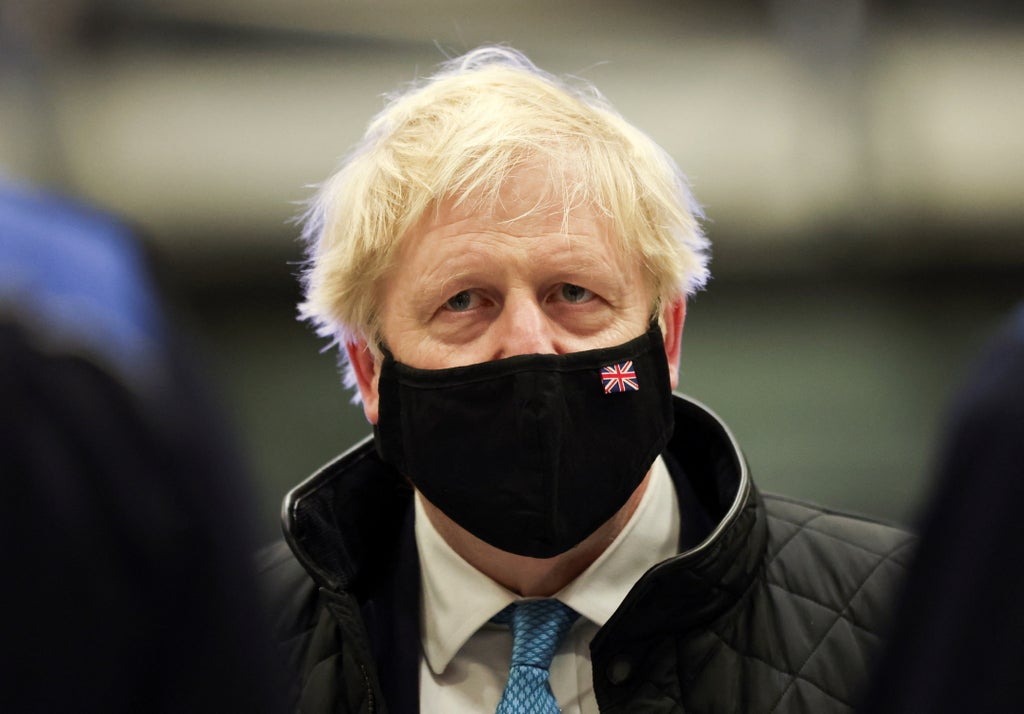 Reputation, more often than not, is a kind of delusion. To take but one example, the British imagine themselves, of all the nations on earth, to have a unique passion for talking about the weather.

But they have chosen this reputation for themselves, entirely unconcerned by observable reality. If they stopped to think about it, they might wonder whether the billions of other people elsewhere in the world just let the monsoons and the hurricanes and the murderously hot summers just come and go without ever creeping into conversation.

The Tories have a reputation for ruthlessness, in the sense that it has been bestowed upon them entirely by themselves, when the observable reality is the opposite.

Look, it’s not their fault they’ve been made to wait this long to be told what absolutely everybody already knows, before they can summon the courage to do the bloody deed they probably aren’t going to do anyway.

In the meantime we’ve been treated to pantomime ruthlessness, as best encapsulated by David Davis doing his little Cromwell cosplay act in the House of Commons. Having stood up and told Johnson to “in the name of God, go”, the next day he had to admit he hadn’t actually handed in his letter of no confidence yet, as that would be a bit mean.

Lucky Johnson. Almost as lucky, in fact, as that prankster who ambushed Theresa May, not with a cake but with a P45 form, during her party conference speech. He was “lucky”, David said at the time, that he didn’t come anywhere near him, or “he’d have been down for a very long time”.

Davis, arguably, is unlucky that there are long seconds, possibly even minutes of live TV footage, in which the “lucky” Brodkin is crouched directly by Davis’s feet, and Davis does not get round to uncrossing his arms, or even legs.

Besides, in the endless wait for Gray, the Tories have already shown their hand. The hard Brexit gang appear to have concluded that they can hold a weakened Johnson to ransom. Lord Frost has resigned from the cabinet, having been in for well under a year (still has a job for life in the Lords though, what larks) and is now writing threatening opinion pieces in The Sun.

He’s telling Johnson that he cannot turn Britain into a “high tax, high regulation, high control” society. Frost, for what he’s worth, which is not very much, joined the cabinet in March 2021, in the middle of a lockdown, and when hundreds of billions of pounds had already been borrowed in order to directly pay people’s wages. He has now quit the cabinet over “policy differences” that could hardly have been clearer when he joined.

He has praised a column by Allister Heath in the Sunday Telegraph, instructing Johnson to get rid of the “neo-socialists, green fanatics and pro-woke crowd.”

This kind of stuff has been coming to a boil for a while now. The Telegraph described Rishi Sunak’s last budget, and mainly the pledge made within it to raise national insurance to pay for social care as “the death of Conservatism”.

What these people are struggling to come to terms with is that the Conservatism they know and love has been dead for several decades. They have convinced themselves, not altogether unreasonably, that the referendum victory and the 2019 election victory, were a victory for their ideology. But they weren’t.

See also  Analyzing Aberdeen and Stephen Glass: No progress, Darren Mowbray recruitment, Dave Cormack's failed gamble - at what cost and what next?

The honest ones among them make no secret that they needed Johnson to do it, whom they imagine to be some sort of vote harvesting machine. But they can’t bring themselves to see that the referendum was won in 2016 precisely because Dominic Cummings wisely binned all of the mad gibberish they believe in about Global Britain, low tax, low regulation, Singapore-on-Thames and so on, in favor of simple populist lies.

He also kept as many of them as possible away from the television as much as possible, rightly knowing them to be not merely ideologically repellent to normal people, but personally repugnant too.

Nor can they see that five months prior to the 2019 election, Johnson – prime minister at this point – stood outside Downing Street and announced he had a plan to fix social care “ready to go”. He may not have been telling the whole truth, especially on the “ready to go” part, but the general direction of travel was clear to see.

Though they may not realize it, not all of them anyway, they are reduced to making threats, rather than taking action, because without him they would suddenly have to face up to the complete irrelevance and electoral toxicity that has been their lot for a very long time, and still is.

They would suddenly realize that, for all the fun they think they’ve had since 2016, they’ve never won anything at all. And nor will they.