Skip to content
Home News The Green Planet: A dizzying mix of horror and beauty lays bare the scale of human hubris 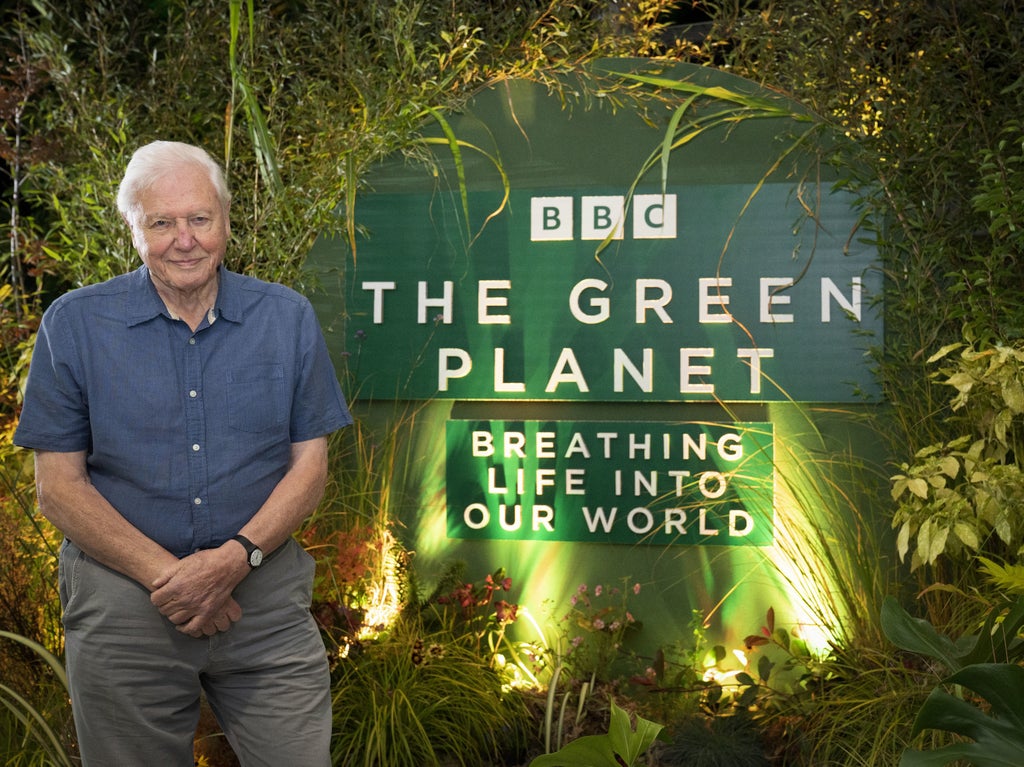 Plants, what are they even? Bits of green stuff standing in the dirt, waiting to be trampled on.

Who wants to watch a weed crawl up a patch of old wall, when you could be watching a pack of lions hunt down a spindly young mammal and tear out its bright red entrails?

Yet here we are, the grass groping up some brick like a blind viper, and it’s never been more captivating.

On paper, the BBC the green planet The series may sound somewhat serious: water lilies, mosses and trees are hardly thought of as stimulating viewing subjects.

But as we can see, that is wrong. Using the latest science, camera hardware, patience, and imagination, this series is a true wake-up call: we must not only wake up to the limitless richness of life that makes up the natural world, but also to the amazing stories that plants can tell. say if we know how to look at them.

While big cats and other predators have long had a visceral impact on viewers, the scope of documentary filmmaking in the 21st century is now broader than ever due to technological and scientific advances and, as a result, can teach us a great deal about the world around us.

It’s not that plants haven’t been beautifully filmed before, but this series has brought an incredible level of drama, insight, and imaginative presentation that had normally been reserved for the big game, almost like realizing that you don’t need to stop eating meat. . be boring and bland (more of which below).

Until now, the series has largely focused on wild plants: those that live in rainforests, in seas and rivers, in deserts, and how the seasons affect their survival. But the final episode examines the relationship of humans with the plants around us and the inextricable evolutionary reciprocity between us.

“The relationship between plants and humans is extraordinary,” Sir David Attenborough tells us as the show begins.

“We have been adapting to each other since we have been on the planet. We depend on plants for almost everything: the air we breathe, the water we drink, the food we eat, much of the clothing we wear, and, in some parts of the world, the very buildings we live in. But that relationship is now changing…”

Follows an hour that can only scratch the surface of how commercial-scale farming, pollution, and various other ill-considered aspects of human activity are rapidly destroying ecosystems around the world and setting us on a path toward global-scale disaster. apocalyptic.

Drone-mounted cameras reveal the surreal, barren beauty of the living desert of California’s almond orchards. In bloom, this ocean of flowers is a spectacular agricultural sight, but the show highlights the extraordinary toll they have taken on the environment, as all other plants and insects that would once have thrived in the landscape have been extirpated to make way for to the neat rows of trees, a process that now threatens to be its undoing, as there are no pollinators left to fertilize the trees for almonds to grow. His future is precarious.

A very quick history of agriculture also highlights how humans and plants entered into a “deal”, in which we helped each other, but now, through high-intensity farming, that deal has turned sour.

We have selected a small number of species that take priority over all others, plants for which we work tirelessly to “eliminate their competitors, cure their diseases, poison their enemies and keep them well watered, even when other species face drought.” ”.

While the show provides a wonderful example of how a devastated rainforest landscape that has been reduced to bare earth can be brought back to life in just a few decades through careful reconstruction, the overall message is deeply bleak.

Also, much of the damage we’re doing is unnecessary, says Attenborough. Eighty percent of all farmland is used for meat farming, either as pasture or to grow additional crops to feed animals.

This stat, which comes at the end of this series, is powerful. Has this been a five-part announcement about the need to adopt a plant-based diet? It would not be a wholly inaccurate assessment.

By last, the green planet The series is among the best documentaries ever made by the BBC and Attenborough, and that’s an incredible feat.

While the BBC has been criticized before for not beating the science drum behind the climate and nature crises, this show has responded by presenting crucial facts without becoming hysterical: there is enough beauty to inspire people and enough concern too. realize that we have to fight now for a better future.

See also  Victim of the Motorway Monster? The unsolved murder of Barbara Mayo

The Green Planet is on BBC One and iPlayer.