Skip to content
Home News The Government will shield by law to allocate 0.7% of national income to development aid in 2030 | Politics 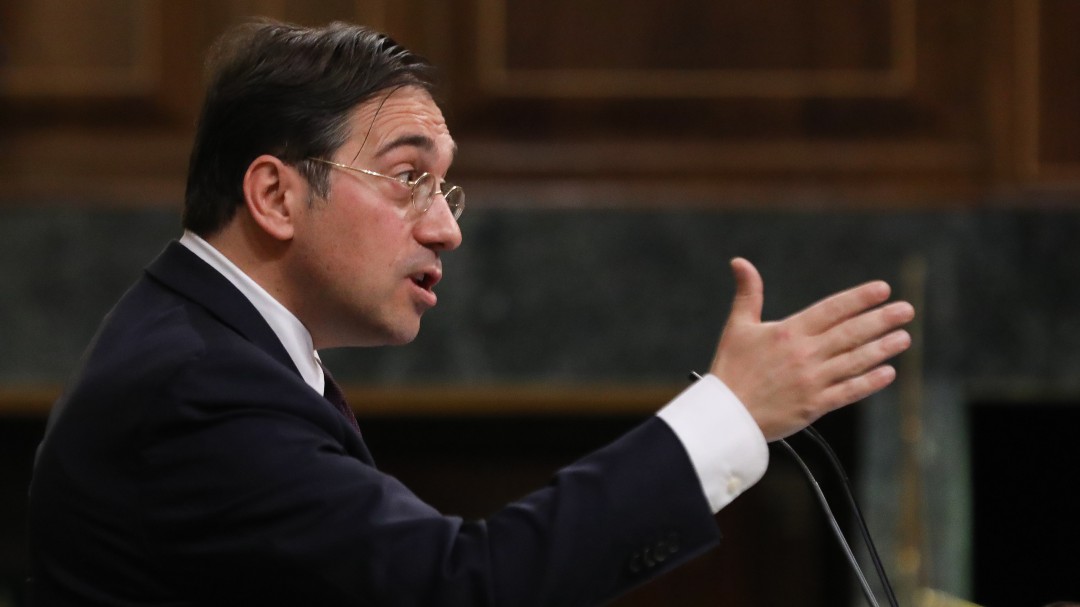 The Government is finalizing its new cooperation law in which, for the first time, it will shield the commitment to reach in 2030 the objective of allocating 0.7% of the Gross National Income (GNI) to Official Development Assistance ( ODA). This is stated in the Draft Law on Cooperation for Sustainable Development and Global Sustainability, to which Cadena SER has had access, and which will soon reach the Council of Ministers.

This new regulation, which will replace the 1998 cooperation law, seeks precisely to modernize the cooperation system and make it more efficient, with special attention to the 2030 Agenda for Sustainable Development and new challenges such as the climate emergency and the gender gap. It also aims to strengthen the working conditions of humanitarian personnel, for example, by expanding the coverage of risks to aid workers who are victims of armed conflicts, making them equal to the military when it comes to receiving compensation.

The regulation has been prepared by the Ministry of Foreign Affairs, European Union and Cooperation, and counts on the contributions of the Subcommittee that was created in Congress at the beginning of the year to update this regulation. Both the PP and Vox distanced themselves from the report that this subcommittee approved at the end of June, understanding that it was “ideologically very biased”, which anticipates a foreseeable rejection of the Government’s draft bill. However, the PP did later support an initiative of the PSOE to improve the conditions of aid workers.

Since the work on this regulation began, the Ministry of Foreign Affairs has also experienced a change of minister, after the departure of Arancha González Laya in the July government crisis, and the appointment, in his place, of José Manuel Albares. The new minister recently assured that this norm will suppose a “reform in depth” of the Spanish Cooperation after a “lost decade”.

Despite the fact that the target of 0.7% of development aid was set more than 40 years ago in the 1970 United Nations Assembly, the current cooperation law, approved in 1998, did not meet that goal, which few countries have complied ever since. Now, the Executive assumes this objective by law, which, however, is still far away: by 2020 the percentage of development aid in Spain stood at 0.24.

The PSOE and Unidas Podemos committed themselves in their January 2020 coalition program agreement to reach 0.5% of development aid before the end of the legislature, at the end of 2023. And now, the Executive also shields by law the target of 0.7% by 2030, as well as the commitment that at least 10% of these resources will be used for humanitarian action.

On the other hand, in its new legislative initiative the Government also contemplates the reform of the Spanish Agency for International Development Cooperation (AECID), to orient it to management by objectives and results, and to provide it with a new functional organization chart; and it also modifies the financial mechanisms to channel aid.

Specifically, the reform replaces the Fund for the Promotion of Development by the Spanish Fund for Sustainable Development, “with more flexible and agile instruments and procedures,” according to the text of the draft. A new Higher Council for Cooperation for Sustainable Development is also created to replace and reinforce the previous Council for Development Cooperation and an Interministerial Coordination Commission is established to strengthen coordination between the different Departments, and a Sectoral Conference.

Against the “legal vacuum” of the aid workers

Likewise, the protection of aid workers is reinforced: when it comes into force, they will be subject to the same compensation regime that is applied to members of the Armed Forces when they are injured or die in international peace and security operations, as already It happens to NGO staff or journalists. Since 1990, 14 Spanish aid workers have been assassinated.

The PSOE already denounced in October that there was a “legal vacuum” that affected aid workers, after the murder in June in Ethiopia of the Spanish María Hernández, who worked for Doctors Without Borders (MSF). Then the Socialists managed to approve in Congress, with the support of the PP, a non-law proposal to equate aid workers who work in war contexts with the military and other members of the Administration when it comes to receiving aid or compensation. And now, they take it to the new Cooperation law, just as they had promised.

The reform also contemplates the updating of the Cooperator Statute, the different forms of volunteering are regulated, and the “duty of care” is shielded for all the people who work in the cooperation of Spain, whether they are professionals or volunteer personnel. To do this, they must be registered as cooperators in the registry of the corresponding Consulates, have Spanish nationality, and reside in that area. This duty of care includes “obligations of information, protection and consular assistance, and where appropriate, the adoption of recommendations and other measures to support security on the ground.”

The Sahel as a new priority

On the other hand, the norm updates and expands the geographical and thematic priorities of Spanish cooperation that were already established in the law of 98. At that time, the countries of Ibero-America, the Arab countries of North Africa and the of the Middle East, as well as those of less developed with which Spain maintains special historical or cultural ties.

Now, in the new law, it is stated that “preferential attention will be given to the areas that make up the geographical and cultural neighborhood in North Africa, the Middle East and sub-Saharan Africa, in particular to the countries of West Africa and the Sahel, and of He speaks Spanish and Portuguese, as well as the countries of Latin America and the Caribbean and in the Ibero-American context ”.