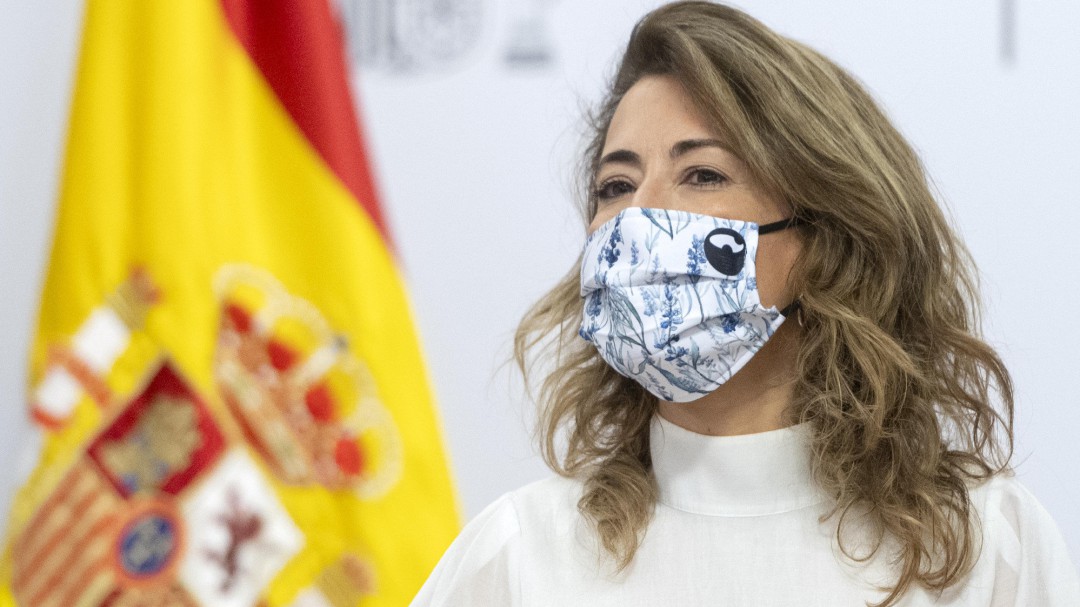 The Government will continue with the processing of the draft Law for the Right to Housing, despite the critical report that the plenary session of the General Council of the Judiciary (CGPJ) approved this Thursday.

Although the report is contrary to one of the star laws of the coalition Executive, the Minister of Transport, Raquel Sánchez, has confirmed that next Tuesday, February 1, the Council of Ministers will approve the preliminary draft in the second round and send it to Congress for parliamentary processing.

In statements to Efe, Raquel Sánchez has assured that in the report of the judiciary “there are no comments that cast doubt on the validity and legal solvency that we have always defended of this draft.”

“We will analyze the report, but there will be a housing law, and I want to convey a message of calm and firmness: we will take it to the approval of the Council of Ministers next Tuesday,” said the minister, after emphasizing her assurance that “the law respects the powers of the autonomous communities, safeguards and protects the right to housing and is compatible with the right to property”.

Sánchez has equated the housing law with that of abortion, euthanasia and equal marriage, and has argued that social advances in Spain “have always been thanks to socialist governments, while the right has always reacted against , although later it has been added to the advances”.

Along these lines, the Minister of Social Rights and General Secretary of United We Can, Ione Belarra, has recalled the “mandate expired three years ago” of the CGPJ and has written on her Twitter account that, although this body is now “opposed to The first housing law of democracy, which seeks to curb speculation and protect the right to housing contained in the Constitution, will happen as with same-sex marriage, they will end up proving us right.

By fifteen votes to six, and after a debate of more than two hours, the plenary session of the judiciary has supported a report that harshly criticizes the Government’s draft bill and that warns of the constitutional problems that it believes it could lead to, among them competence conflicts.

The report, which is mandatory but not binding, has been written by members José Antonio Ballestero, proposed by the PNV, and Enrique Lucas, by the PP, after the judges’ governing body rejected on the 14th a proposal that endorsed the text presented by former PSOE deputy Álvaro Cuesta.

Throughout its 60 pages, the approved text refers to the preliminary draft with qualifications such as “overloaded”, “contradictory”, “cumbersome”, “incongruous”, “harmful”, “unnecessary” and “untimely”, and points out that its general guidelines are “imbued with a clear leadership of the action of regional and local institutions, of problematic fit in the constitutional order of competences”.

In this aspect, he emphasizes that housing is a competence of autonomous ownership and considers that the state legislator perpetrates a regulatory “expropriation” with this law.

It also notes that it points to “an alteration in the understanding of private home ownership”, which interferes with the free market and which aims to “fossilize” the concept of the social function of property.

Regarding price containment measures in the regulation of housing leases, it states that “being a constitutionally sensitive issue, it has a limited scope and a cumbersome content”, as well as that “its regulatory complexity could lead to many legal proceedings “.

It also maintains that the patrimonial burden of state housing policies is faced “at the expense of private landlords who are not sufficiently compensated with the planned tax incentives” and warns of the “possible conflict of jurisdiction from the moment in which, for example, Catalonia governs the Law 11/2020 on urgent measures regarding rent containment in housing leases, whose measures do not coincide with those contained in the preliminary draft.