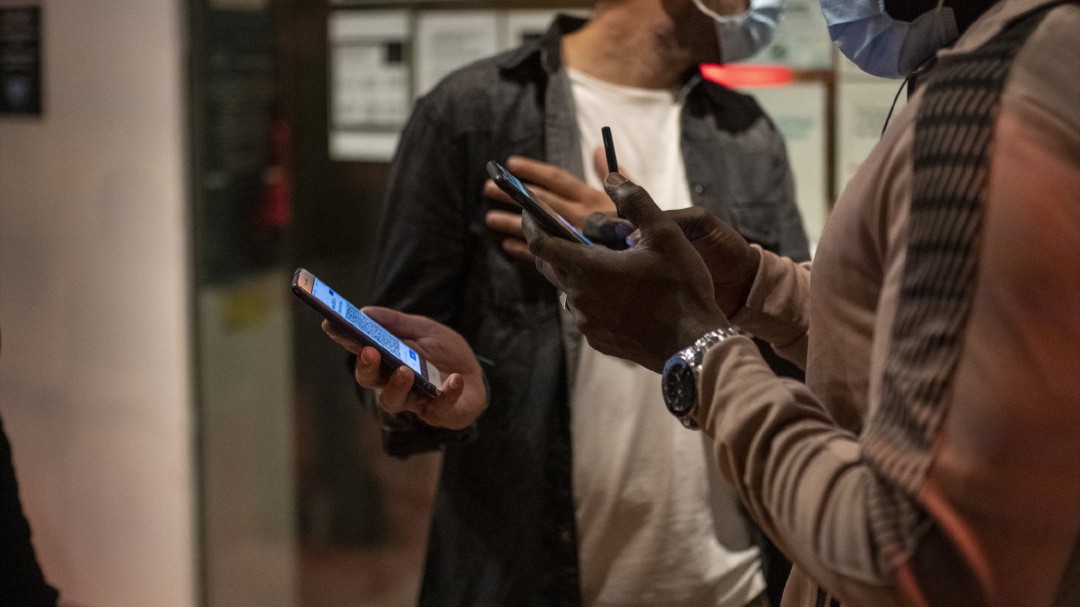 The collapse of the Generalitat’s computer system to download the COVID certificate, coinciding with the entry into force this past midnight of this measure in Catalonia for restaurants, gyms and residences, has led the Government to finally postpone its application at least until Monday.

All citizens aged 12 or over who, from this Friday, wanted to eat or drink inside a bar or restaurant, exercise in a gym or visit a relative in a residence had to show the COVID certificate; but early in the morning there were many citizens who had not been able to obtain the document.

The “La Meva Salut” system, the space from which the certificate is downloaded, collapsed this Thursday and has continued to cause problems throughout this Friday; in many cases it was not accessible or the user was held in a virtual queue.

These difficulties have generated queues during the morning – these physical ones – in gyms, bars and restaurants. There was a good predisposition from clients and owners, but, between the problems downloading the certificate and the little time that the premises have had to prepare, the real application of this measure has been scarce during its few hours in force.

There have also been cases of older people who have gone to outpatient clinics to have their COVID passport printed on paper so they can go to the bar for coffee, as they usually did.

The COVID certificate in Catalonia is paralyzed until Monday at least

In this context, at noon the Government delegate commission for COVID has agreed to paralyze the implementation of this measure immediately in the new areas, at least until Monday, although it remains in force in nightlife and banquets.

In this way, users will have at least one weekend margin to obtain the certificate. Although there are many users who have not been able to download the document, Health ensures that in the last four days 707,000 downloads of the QR code have been completed, 170,000 of them in the last hours.

The Department headed by the minister Josep Maria Argimon has clarified that the suspension only applies to the areas that were to be expanded as of this Friday, so the covid certificate in nightlife remains in force during this weekend.

The Government had accelerated the extension of the COVID certificate to restaurants, gyms and residences so that it came into force this weekend in order to face the escalation of infections from the sixth wave of COVID.

Catalonia registers more than 1,200 new infections per day and four deaths from COVID on average per day, which is causing a considerable increase in hospital admissions, which are now close to 600, and serious patients in ICU, which already exceed 130.

The outpatient clinics yesterday exceeded 10,000 daily visits related to COVID, something that had not happened since last August 23, and the positivity already stands at 5.26% of diagnostic tests, which indicates that the epidemic situation is out of control. The cumulative incidence of cases confirmed by PCR or 7-day antigen test per 100,000 inhabitants (IA7) is 110 cases, eight more than yesterday.

The virus circulates with greater intensity among the youngest: the 0 to 9 age group has the highest cumulative incidence at 7 days of all, with 186 cases per 100,000 inhabitants, followed by 125 cases in the 40 to 49 range years, the most common age of parents with young children.

See also  Boy, 3, 'looked dead' after being hospitalized with 'salmonella from Kinder egg'

With these data, pediatricians are betting on vaccinating children, after the European Medicines Agency (EMA) has already given the green light to Pfizer’s immunogen for children between 5 and 11 years old