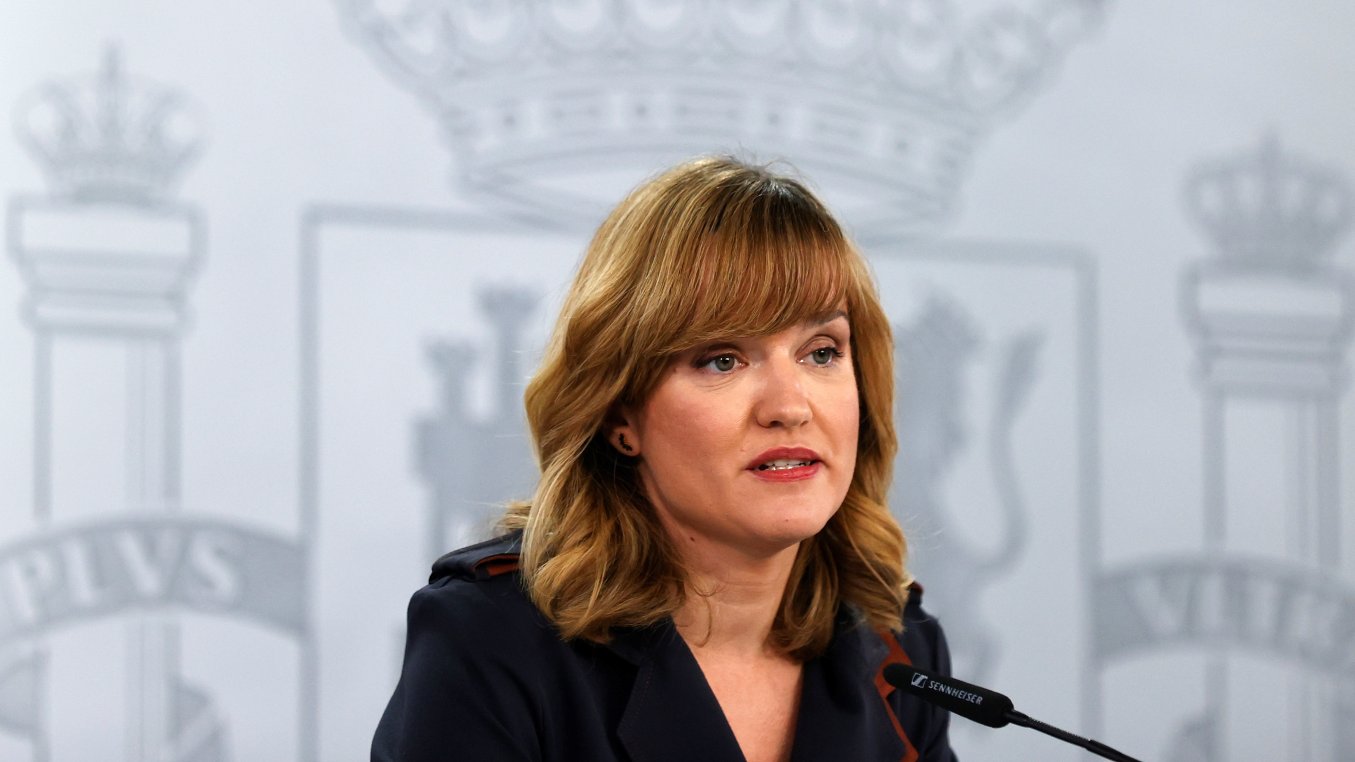 The Government has distanced itself this Wednesday from the statements of the Minister of Consumption, Alberto Garzón, where he questioned the sustainability and quality of the product exported by the Spanish “mega-farms”, claiming that it is about a few words that are “in a personal capacity” since for the Executive, livestock is a “priority” sector and an element of “territorial cohesion” for the country.

This is how both the Government spokesperson and Minister of Territorial Policy, Isabel Rodríguez, and the Minister of Education and Professional Training, Pilar Alegría, have positioned themselves after the controversial interview with Garzón in The Guardian, published on December 26, where the minister defended the need to reduce meat consumption due to the impact that its production has on the environment, while criticizing the so-called “mega farms”, which in his opinion “pollute the soil They pollute the water and then export this poor quality meat from these abused animals. “

His words have upset not only the livestock sector and meat entrepreneurs, who speak of resignation and legal actions against the minister, but also opposition parties such as the PP and Ciudadanos. Although the minister himself stressed this Tuesday, in a message on his Twitter account, that “for reasons of space” the journalist of the British newspaper had to exclude information from his interview and has insisted that “the hoax” on his statements it has been driven by the “lobby of certain large companies that promote polluting macro-farms.”

“The interview took place on December 14 and was published in a narrated version on December 26. The hoax began on January 3, driven by the lobby of certain large companies that promote polluting macro-farms … and the rest you already know.“

“I take this opportunity to publish the complete transcript of what I said in the interview, because for reasons of space the journalist had to exclude some elements that today, In the heat of the hoax and the lie that certain actors promote, they come out enhanced“He tweeted in the first message. According to the minister, the interview took place on December 14 and was published in a narrated version on December 26, while” the hoax “began on January 3.

Asked about how to obtain the support of the ranchers and change the mentality of the Spaniards to reduce the consumption of meat, Garzón explains that it is necessary to differentiate between industrial and extensive livestock farming. In addition, according to the attached transcript, the Consumer Affairs holder ensures that “never” has said that you should not eat meatInstead, you have to reduce your consumption. “We knew from the beginning that it was a subject that was going to be controversial, but that it was necessary,” he says.

In July, Garzón was also at the center of controversy for recommending less meat consumption. In this sense, it was the President of the Government himself, Pedro Sánchez, who settled the issue with a phrase: “Where they put a steak to the point, that’s unbeatable”.

They are opinions “in a personal capacity”, according to the Government

On this occasion, both Rodríguez and Alegría have stressed that these are statements “in a personal capacity” and not by the Executive, since their positions in relation to livestock are the agreements that come out of the Council of Ministers. According to Pilar Alegría, “we have made the government’s position on this issue very clear on other occasions, starting with the president himself, Pedro Sánchez, who has specifically positioned himself in favor of the livestock sector and I believe that the government’s clearer position was demonstrated with a approval of the Common Agricultural Policy (PAC) that had the support of the farmers “.

“It is the position of Garzón“

The minister has insisted that Garzón’s words do not represent the position of the Ministry of Consumer Affairs: “It is Garzón’s position; I already said that the government’s position is clear, in support of the livestock sector.” Along the same lines, Rodríguez has indicated that they are statements that he “contextualizes as a personal opinion.”

“I want to highlight that for the Government the livestock sector is a priority. Spain is not understood without this sector“, the spokesperson pointed out. In this sense, and when asked during an interview in The sixth If he believes that the minister should resign as the sector has requested, Isabel Rodríguez has limited himself to saying: “You should ask him that.”

The PP demands the “immediate” cessation of Garzón

However, from the opposition they continue to insist that the minister must give explanations or resign, and demand that the Minister of Agriculture, Fisheries and Food, Luis Planas, defend the agricultural sector. “It is not” a personal opinion “, it is a direct attack on our farmers of a minister of the Government of Spain. Even if it is for once, Sánchez must listen to the sector, break his silence and dismiss Garzón today. Even sectors of the PSOE are asking for it “, the deputy secretary of Communication of the PP, Pablo Montesinos, has stressed on his Twitter account.

“It is not “a personal opinion”, it is a direct attack on our farmers by a minister of the Government of Spain.

Even if it is for once, Sánchez must listen to the sector, break his silence and dismiss Garzón today. Even sectors of the PSOE are asking for it.# GarzónDimisión pic.twitter.com/qxnzahTdOk“

“We demand a rectification from the Government To leave the name of Spanish livestock where it really deserves, the immediate dismissal of Minister Garzón for all the falsehoods and insults he has said about the livestock sector and we ask Planas to stand up and defend his sector, because it is his obligation “added the PP Agriculture spokesperson in the Congress of Deputies, Milagros Marcos, who has also advanced that her party will request the immediate appearances of Garzón and Planas in the Congress of Deputies, as his words seem “absolutely irresponsible” to him.

From Ciudadanos, for her part, the party’s president, Inés Arrimadas, has said that they will force that Congress vote his disapproval. “Alberto Garzón has once again despised a fundamental sector of our country. This time the meat sector has suffered its high level of ignorance and sectarianism. Spain does not deserve a minister like this,” he stressed on his social networks .