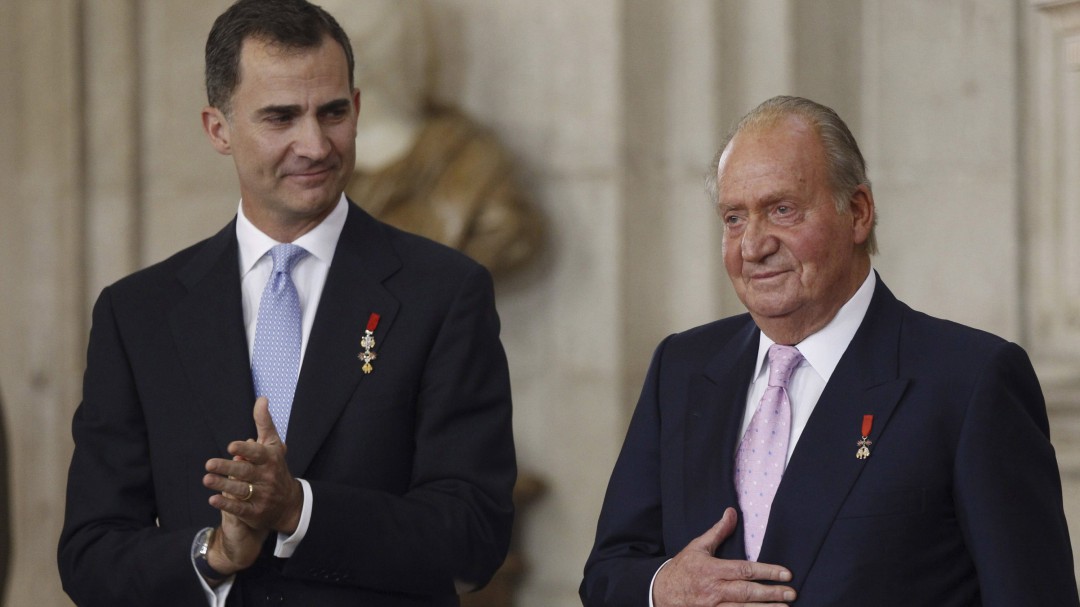 The Government spokesperson, Isabel Rodríguez, has made it clear that it is not up to the Executive to decide whether or not the emeritus king should return to Spain because it is he who must decide and, in any case, they will be “respectful” with the decision that is adopted. about it in the Royal House.

After the Geneva Prosecutor’s Office has shelved the investigation into a donation of 100 million dollars by Saudi Arabia to Juan Carlos I for allegedly acting as an intermediary in the construction of the AVE between Mecca and Medina, Rodríguez has also stressed the autonomy that the State Attorney General’s Office now has to act.

“The Office of the Prosecutor is autonomous and the Government cannot and should not express itself in this regard,” he said at the press conference after the meeting of the Council of Ministers in which he indicated that he did not know if the file of the Swiss Prosecutor’s Office will have consequences on the proceedings that are still open in the Office of the Public Prosecutor of Spain.

Juan Carlos I must decide whether to return to Spain

The PSOE assures that if there is no impediment, it is Juan Carlos I who must make a decision and recalls that at the moment he has not publicly transferred “his desire, will or confirmation” to come to Spain. “And we respect that silence,” said the Socialist spokesman in Congress, Héctor Gómez, while sources from Moncloa assure that there has been no contact with Zarzuela to comment on possible logistical details about a hypothetical return and his residence.

The truth is that the uncertainty about the possible return of the emeritus king has distanced political positions. Thus, while the socialists express their respect for both judicial decisions and those that Juan Carlos I can show, the PP, Vox and Cs emphasize that he is a free citizen to return to his country whenever he wants while the left proposes that he return but to be judged or to live in a working class neighborhood.

The left, critical of the return of the emeritus

ERC is clear about it and has launched its proposal: “If you want to return to Spain, you should live in a 60-square-meter flat, in a working-class neighborhood and collect the minimum contributory pension, so that you know another reality, which is that of the vast majority of the population “, specified his spokesman, Gabriel Rufián. “There is a problem of ethics, beyond the judicial investigations that are and will be multiple,” he said after wondering if “it is ethical for a monarch to receive 65 million euros from a Saudi king or if it is ethical for these millions to be divided into accounts in tax havens “.

Other formations such as JxCat hope that he will be tried because he has stolen the money of “many Spaniards”, while United We can criticize the “impunity” that the Head of State has in Spain and reiterates its request to investigate him in parliament. The BNG also considers that the file of the investigation in Switzerland does not allow “to clear the name of the Bourbons or cover the general corruption of the Royal House” and its deputy Néstor Rego has pointed out that it has not been said that there are no commissions for the AVE , but there is not enough data.

And while some parties on the left call the monarchy an “anachrony”, the parties on the right support the figure of the emeritus king and some formations such as Vox assure that in the future there will be a “reconstruction” of the history of Juan Carlos I because it has been one of “the most important figures of the 20th century”. Ciudadanos warns that he will not be the one to tell the emeritus king what to do and agrees with the PP spokesperson, Cuca Gamarra, who has stressed that the monarch is a Spanish citizen who can come to his country “when and how he wants “and has censored attacks against him that seek to weaken the monarchy and constitutional order.