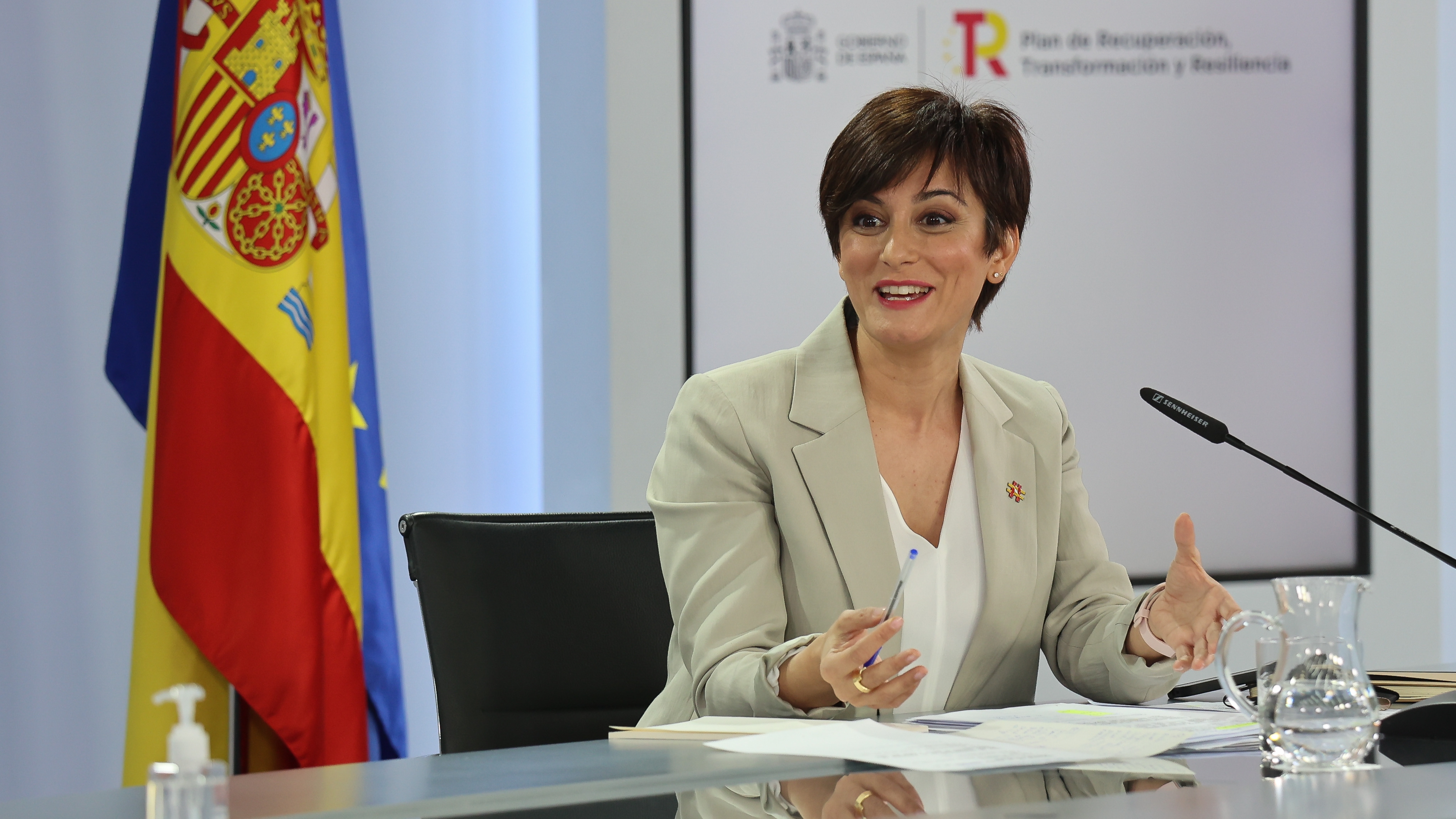 The socialist sector does not renounce the so-called “variable geometry” in Congress; that is, to be able to pass the laws with different majorities depending on the subject, despite the enormous fiasco that the bet to approve the labor reform with the votes of UPN supposed last Thursday. If it were not for the error of a PP deputy, the reform would have failed due to the betrayal of the two Navarrese deputies, who deceived the leadership of their party and voted against the law. In United We Can insist that this situation is proof that there is no alternative majority to that of the investiture, which goes through ERC, the PNV, Más País and some small groups. But the socialists are reluctant to give up the “Citizens way” for the next laws. Above all, if ERC fails again. Even in three questions at the press conference after the Council of Ministers, the spokesperson minister, Isabel Rodríguez, avoided considering that alternative closed and insisted that the Government will seek all possible support.

The Executive, and especially the socialist sector, have already begun to try to sew up the wound left by the decision of the ERC and the PNV to go no in the labor reform, which put it in danger. If they had at least abstained, the royal decree of a rule agreed by the employers and the unions would have come out comfortably, but both, for different reasons, decided to go to the most aggressive vote: no. Rodríguez, who in addition to being a spokesperson is the Minister of Territorial Policy, began this same Tuesday that work to recover ERC for the majority and called the Minister of the Presidency of the Generalitat, Laura Vilagrà, to convene the State-Generalitat bilateral commission on the day 18 in Barcelona. This meeting will be the preliminary phase to close the dialogue table, which they had planned to meet at the end of this month, although now it could be extended to March. In any case, as planned, both appointments will come after the elections in Castilla y León, as the PSOE wanted to avoid damaging their campaign.

See also  What time is Boris Johnson's announcement today? When to watch Ukraine-Russia update after address to nation

The Socialists are convinced that the ERC will not leave the majority that supported the investiture of Pedro Sánchez. And much less, the PNV, always a more reliable partner; although this time he failed in a key vote. In fact, in the Government they believe that this “scare” will serve so that ERC has seen “the precipice” that involves knocking down the Executive in a key vote. “We know the alternative well,” Gabriel Rufián admitted in Thursday’s plenary session, opening the door to return to the investiture majority. In fact, the Socialists maintain that relations between them and ERC have not been touched, although they do see the situation between the Republicans and Yolanda Díaz’s team as more complicated, who hoped to convince them and presented several proposals. ERC insists that the negotiation did not materialize because the PSOE did not endorse what Díaz offered, but in United We Can they are very upset with the Republicans and their attempt to overthrow the star law of the second vice president. The commons, a key group in United We Can, have supported the ERC Budgets and give it political stability, and consider the Republican vote on Thursday a betrayal. Even so, everyone seems to agree that it is essential to rebuild the bridges as soon as possible and consolidate the majority of the investiture in order to approve all the reforms that the Government has in its portfolio in the next two years, which seem politically complicated, since The electoral phase begins with an explosive sequence: Castilla y León, Andalusia, municipal and regional, general, Basque and Galician, and who knows if advanced Catalans.