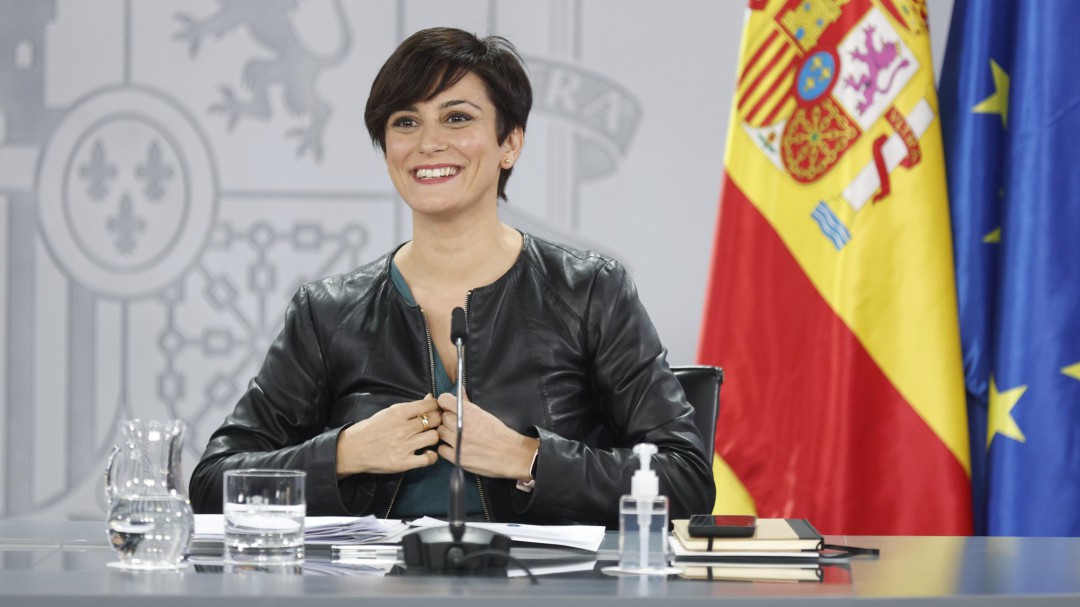 The Council of Ministers, at the initiative of the President of the Government, Pedro Sánchez, and at the proposal of the Minister of Education and Vocational Training, Pilar Alegría, has awarded the singer-songwriter, composer, actor, writer, poet and musician Joan Manuel Serrat the Great Cross of the Civil Order of Alfonso X el Sabio for “his brilliant career and his contribution to Spanish culture and art.”

“Serrat is a recognized person in Spain but, before the announcement of his official withdrawal, the Government has wanted to recognize him with this decoration,” said the Minister of Territorial Policy and Government spokesperson, Isabel Rodríguez, at a press conference after the Minister council. Serrat announced last week that he is retiring from the stage with a tour in 2022.

The Government has approved this Tuesday in the Council of Ministers the direct granting of aid worth 2.5 million euros to research centers that have been working on the island of La Palma since the eruption of the Cumbre Vieja volcano.

“After 80 days of the volcano’s eruption, we have approved a direct concession to researchers, to science, who are already working on the ground on the island of La Palma, and who are from different institutions, universities, research centers, many of them from the Government of Spain but also from the autonomous community and the council, “said the minister and government spokesperson, Isabel Rodríguez, this Tuesday at the press conference after the Council of Ministers.

The minister has valued that the researchers are those who “are taking charge of the management” of the catastrophe “from the scientific point of view” allowing “to get ahead in the organization before the eruption” and that “now they continue to work as face to the recovery “and to the” knowledge to tackle in the future other catastrophes of this type “.

Of the total of 2.5 million euros, 40% will go to actions that have already been developed or for equipment that has already been purchased and used, and the remaining 60%, to pending studies and to attend to all the personnel posted in the island of La Palma, as explained by Rodríguez.

The Council of Ministers agreed on Tuesday to grant 109.8 million euros in direct subsidies to autonomous communities and local entities for the maintenance and rehabilitation of historical heritage for tourist use, including 15 World Heritage cities.

In the press conference after the council of ministers, the Minister of Industry and Tourism, Reyes Maroto, explained that the Ignatian Way and 11 autonomous communities through which the Camino de Santiago passes will also benefit from these subsidies.

The latter will also benefit from 45 million euros to promote transformative actions that improve sustainability, digitization and competitiveness, an investment included in the Xacobeo 2021-22 National Tourist Plan that contemplates a total investment of 121 million euros.

The funds will allow action on 37 assets of cultural interest, close to the 50 that were committed to the European Commission between now and the second half of 2026.

These 109.8 million euros will finance the rehabilitation of assets of cultural interest in three of the most important destinations: the Camino de Santiago, to which 62,137,670.73 euros are destined; the Ignatian Way of Manresa, which will receive 2,713,815.73 euros, and the 15 World Heritage Cities, which will obtain 45 million euros, for a maximum amount of three million euros for each.

Maroto explained that these funds, 720 million euros in total, which complement the 615 approved last week, “allow the development of the modernization plan for the sector to advance a fair recovery agenda to modernize the economy.”

20 million euros to the naval sector

The Council of Ministers has approved a Royal Decree that regulates the direct granting of aid to the shipbuilding sector in Spain in terms of research, development and innovation with an annual maximum limit of 20 million euros, 25% more than in 2020 .

The text also includes the access and management criteria applicable to the granting of said aid under the Naval Sector Restructuring Fund managed by Pymar.

“The support of the Restructuring Fund makes it easier for the Spanish naval sector to develop innovative and unique projects, becoming a benchmark in different segments, such as vessels supporting offshore wind energy or aquaculture”, highlighted the Minister of Industry, Commerce and Tourism, Reyes Maroto.

The head of the Industry portfolio has also highlighted that the R + D + i support fund program aims to position Spain as a “leader” in this sector.

The program also guarantees from the design and construction of ships prepared for the use of hydrogen as fuel and zero emissions, to the design of “novel prototypes of ships with hybrid propulsion technology that anticipate the environmental sustainability objectives set in the European Union. “.