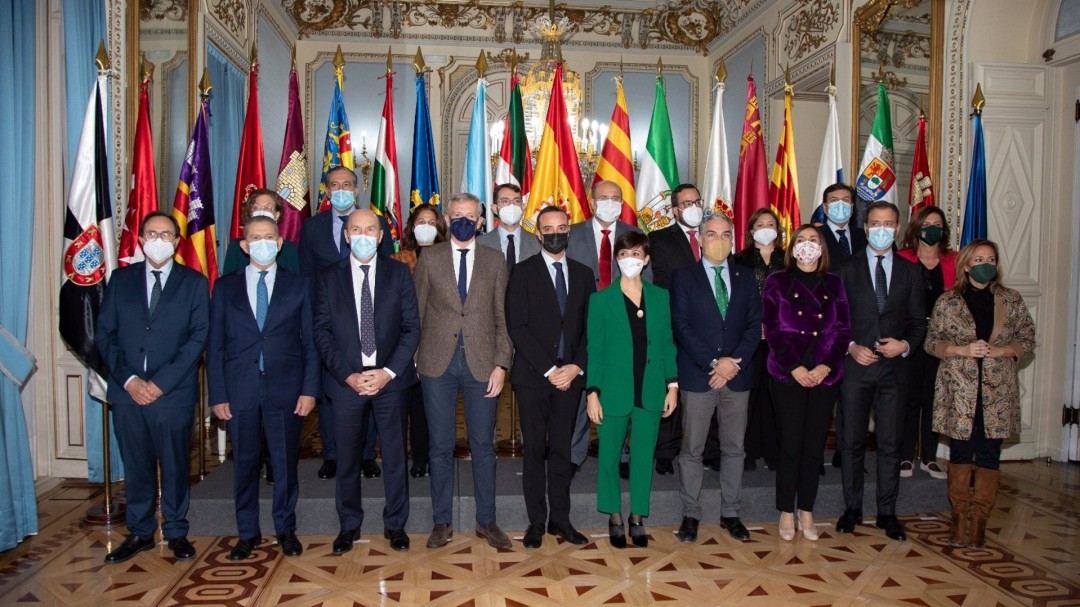 The Minister of Territorial Policy and Government spokesperson, Isabel Rodríguez, has advanced this Friday that the agenda of the Conference of Presidents to be held on the island of La Palma is not expected to address the reform of the regional financing model and the Covid Fund, as requested by several autonomous communities, and has limited the multilateral forum to dealing with three issues: cooperation in Civil Protection matters, European funds and the reform of the Regulation.

This was announced by Minister Rodríguez herself at a press conference after a meeting, which lasted more than four hours, with all the autonomous communities, except the Basque Country, at the ministerial headquarters to prepare for this Conference of Presidents.

As he has argued, the Government has decided not to include these extremes of regional financing and the Covid Fund, since there is not yet an agreement between the autonomous communities themselves, and has limited the issues in the that there is a prior consensus such as the three previously mentioned and in which they have been working in this preparatory committee for this forum.

In any case, the minister has admitted that there have been regional councilors who have raised this request for regional financing and the Covid Fund at this meeting, although she has insisted that the Government’s position is that there is a prior consensus to be able to reach a an agreement between the Executive, the communities and the political formations in its subsequent parliamentary procedure.

It is limited to three issues

For this reason, Isabel Rodríguez has stressed that the Government prefers to address issues in which there are meeting points such as cooperation in Civil Protection, the reform of the Regulations of the Conference of Presidents itself, and European funds.

In this context, he has advanced that these three points will be the main issues that, still to be polished, will be addressed in this Conference of Presidents to be held, as advanced by the Chief Executive, Pedro Sánchez, at the beginning of the year in the island of La Palma.

Of course, he has specified that the precise day on which this multilateral forum will be held has not yet been closed, although he has made reference to the first weeks of January, although he recalled that the logistics part has to be closed by the Cabinet of the President of the Government himself.

“We cannot live on debt”

For his part, the Minister of Finance, Vicent Soler, has insisted on requesting that the next Conference of Autonomous Presidents address the reform of the financing model because it is “a matter of State and not only a problem that affects Valencians.”

After attending the meeting in Madrid to prepare the conference, Soler insisted that the Community “cannot live on debt” and that financing is necessary “not only to finish building the institutional architecture of autonomous Spain, but also above all to sustain the Welfare State. “

“We must have the possibility of offering the five million Valencians the best possible healthcare or, at least, a public healthcare like that of the rest of Spain, without having to resort to indebtedness because it is politically and morally unjust,” he has abounded in statements. referred to the media.

Soler has reiterated that financing is a “fundamental and very important debate for the group of autonomies, as the ‘president’ Ximo Puig has repeatedly stated and, therefore, has transferred the need for it to be addressed at the next meeting at the highest level , along with the rest of the presidents and the Government “.

Until then, he has shown satisfaction and has asked for “prudence” in the face of the proposal that the Ministry of Finance will present in the next few days on the criteria for the distribution of the new model based on the adjusted population. “Almost eight years later, all the autonomies are already convinced of the need to address the reform as soon as possible,” he celebrated.

European funds and ‘Resistir plus’

The head of the Treasury has also proposed at the preparatory meeting for the summit that the Government allow the term of the ‘Resist Plus’ plan to be extended until June 30, 2022, as well as the time frame approved by the EU.

He has also asked for the concession criteria to be made more flexible, since they are fundamental resources so that viable companies can regain their solvency and liquidity after the pandemic and, therefore, “it is necessary to guarantee that they reach the maximum number of possible beneficiaries. “.

After highlighting that “the 647 million euros of the plan are key for the Valencian economy”, he has transferred the option that they can also be used for other issues such as increased production costs and especially energy costs that are complicating recovery to key sectors of the Valencian economy such as ceramics, as well as many small businesses.

And he has advocated making the application of the Recovery and Resilience Mechanism more flexible by the Autonomous Communities to improve co-governance, guarantee that they are addressed to the priorities of each autonomy and priority sectors, and ensure that they reach the entire capillarity of the productive fabric, in especially to SMEs and micro-SMEs that account for 90% of companies.