Skip to content
Home News The Government disavows Garzón for his statements on macro-farms and he reaffirms: “The statements are like a minister” | Spain 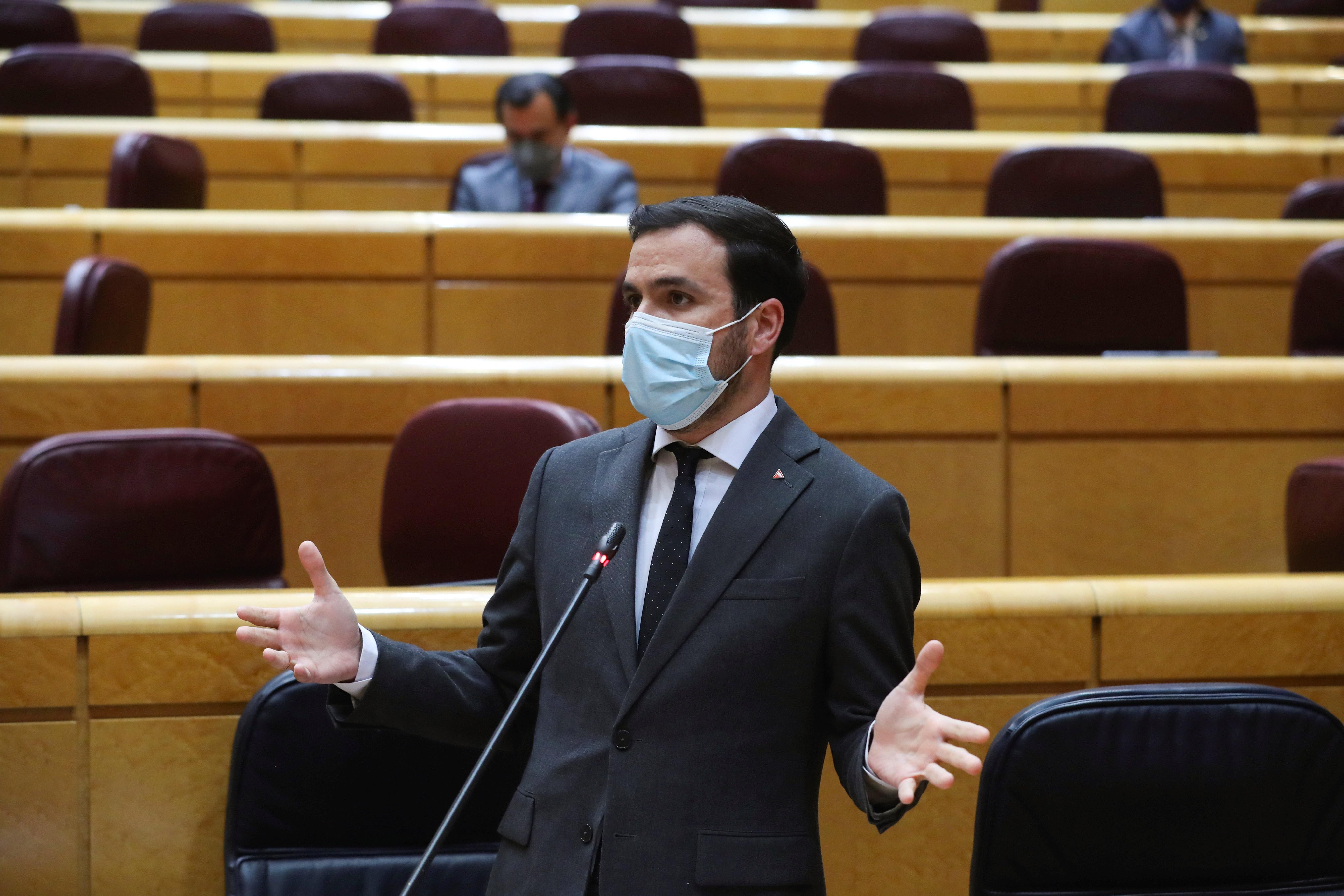 Government spokeswoman Isabel Rodríguez this Wednesday distanced the Executive from the controversial statements by the Minister of Consumption, Alberto Garzón, on the quality of meat from macro-farms. “I was speaking in a personal capacity,” Rodríguez has defended about the interview that Garzón gave to The Guardian at the end of December, in which he criticized the negative impact of intensive livestock farming on the environment and the quality of the meat, in contrast to the sustainability of the extensive model. “For this Government, the livestock sector is a priority,” Rodríguez defended during an interview on the La Sexta chain, in which he also highlighted the “extremely high quality” of Spanish meat products. The Minister of Consumption has responded on Wednesday afternoon, and has refused to retract his statements. “What I said is impeccable,” Garzón said in an interview on the SER network. “My statements are as a minister of consumption. It could not be otherwise in the case of a matter that falls within the competence of the Ministry of Consumption ”, he has sentenced.

The minister has blamed the controversy created around his statements in the British newspaper of “hoax” promoted by “the lobby of the meat industry.” Despite speaking, according to him, on behalf of the Government, he has admitted discrepancies within the Executive: “We are in a coalition government where there are different actors and there may be differences, as has been expressed in other matters.” Garzón has indicated that the President of the Government, Pedro Sánchez, and Yolanda Díaz, Second Vice President and Minister of Labor, “have spoken” about the controversy, but have not revealed the content of the conversation. Díaz has publicly defended Garzón’s words: “Our country must continue to bet on sustainable livestock (…) And denounce those practices that aggravate the climate crisis.”

When asked if Garzón should resign, Isabel Rodríguez has avoided positioning herself: “You should ask him that.” The spokesman minister has not been the only member of the Cabinet who has come out to contradict Garzón this Wednesday. This morning, the Minister of Education and Vocational Training, Pilar Alegría, has distanced herself from the demonstrations of the head of Consumption. “In the interview he does not mark any position of the Government, they are in a personal capacity. It is not the first time he has done it, ”Alegría expressed in an interview with Onda Cero, in agreement with Rodríguez. “We have made the Government’s position on this issue very clear on other occasions, starting with the Prime Minister himself, who has exclusively stated his position in favor of the livestock sector,” the Minister of Education continued, reiterating that Garzón’s position in the interview does not represent that of the Executive. “Spain is a great producer of quality food, where intensive and extensive models coexist, and both generate employment and an economy for our peoples”, concluded Alegría.

The president of La Mancha, Emiliano García Page, of the PSOE, has also joined the criticism and has urged Garzón to “rectify”. “You cannot make negative propaganda of such an important sector abroad. Our meat meets all control standards and is of the highest quality ”, he judged from his official Twitter account.

The minister must rectify.
You cannot make negative propaganda of such an important sector abroad.
Our meat meets all control standards and is of the highest quality.

The president of Asturias, Adrián Barbón, however, has defended the Asturian model of extensive livestock farming for being “sustainable” and “of quality”, as Garzón has done. “Any deputy of Asturias should know it and know it,” he said in social networks, in reference to the accusation of the president of the Asturian PP, Teresa Mallada, that has reproached him that he did not come out to ask for the resignation of Garzón, of whom he has said that he “crushes the ranchers over and over again.” Barbón has answered indirectly to the regional leader: “The bad thing about some deputies is that they do not know the livestock model that we practice in Asturias and they limit themselves to saying and defending what they are sent from Madrid. And they end up defending a livestock model that is totally contrary to Asturias and our interests ”.

As President of the Principality of Asturias I defend the Asturian livestock model.
Ours is a model of extensive, sustainable, quality livestock farming that has defined our environmental environment. Any deputy from Asturias should know and know it. (one)

The conversation that Garzón had with the English media is from December 26, but it has started to generate controversy this week. In the interview, the minister differentiated between the intensive and extensive livestock model. On the first, he argued that it is an “ecologically sustainable livestock and that it has a lot of weight in certain regions of Spain such as Asturias, part of Castilla y León, and even Andalusia or Extremadura.” Regarding the second, he argued that there are large companies that take advantage of towns in depopulated Spain to exploit 4,000 head of cattle and contaminate the soil and water. In addition, he added that the meat is “of poorer quality” and that it is the result of “animal abuse.”

Enrique Santiago, Secretary of State for the 2030 Agenda, in the same line that the vice president has supported the position of the Minister of Consumption: “That Garzón defends extensive cattle farming against macro-farms is what not only all the ministers should do , also all the administrations ”. And he added that “sustainability” is a commitment of the Executive to the United Nations.

It is this last part that has aroused unrest in much of the political spectrum, which has considered that the statements represented an attack on the entire livestock sector. The Agrarian Association of Young Farmers, Asaja, has requested his resignation, and both the Popular Party, Citizens and Vox have demanded responsibilities from the minister, who has published on his official Twitter account the complete transcript of his statements during the interview to counteract what he considers “the hoax and the lie.” Also the president of Aragon, the socialist Javier Lambán, has harshly criticized Garzón and has called for his immediate dismissal. “These unfortunate and foolish statements are a direct attack on an important part of the Aragonese economy,” he said on Twitter.

It is not the first time that the Minister of Consumption has been involved in a controversy with the meat sector. In July he also faced criticism from the opposition for arguing that reducing meat consumption would be advisable. On that occasion, Garzón argued that “14.5% of greenhouse gas emissions come from livestock”, and also pointed to macro-farms as protagonists of the problem. Those statements earned him an attempt by the PP to disapprove him in Congress, without success. This time it was Citizens who this Tuesday registered a non-law proposal to disapprove the minister in the lower house.