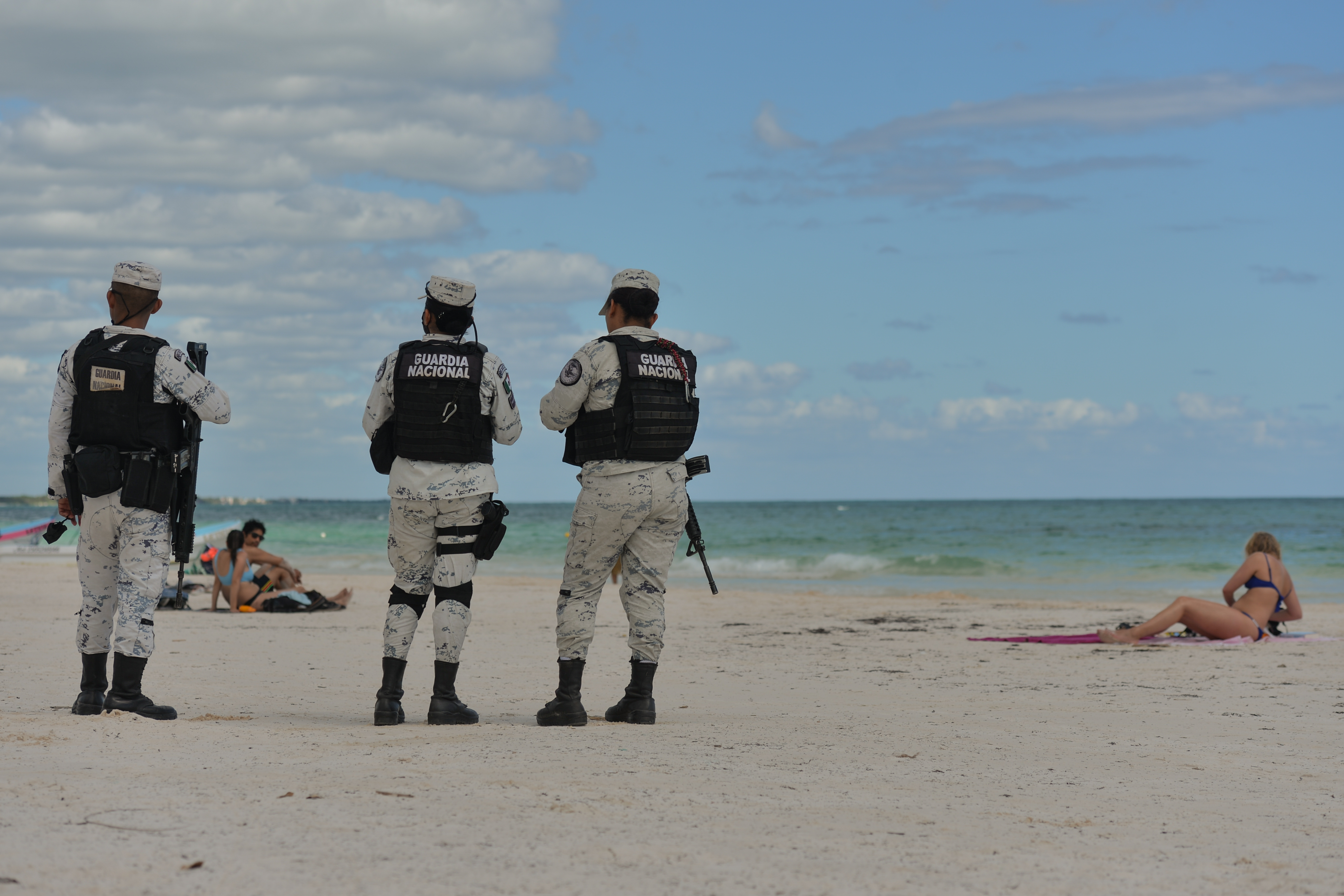 The National Guard will have a new task on the tourist coasts of Quintana Roo. This Wednesday the Secretary of National Defense, Luis Cresencio Sandoval, reported that a security battalion will be created with agents attached to the National Guard to stop the escalation of insecurity in Cancun, Tulum and the Riviera Maya. This new security body specialized in guaranteeing the safety of the almost 17 million tourists who come to the State each year will begin operating on December 1 and will have 1,445 agents.

“This battalion will provide security to the entire tourist area, as the year progresses we will provide it with the tools to do its job, the equipment it requires to be able to attend this new mission and it will also be able to take this model that we will use. here for the first time, this National Guard with its specialty in the tourist area, to carry it out in the main tourist sites of the Republic ”, said the general during the morning conference of the Executive.

The general added that in addition to the battalion, the intelligence and training areas for National Guard agents will be strengthened. To carry out this new security strategy, the Government of Quintana Roo has given the Armed Forces a one-hectare piece of land in Tulum to establish a National Guard installation. The new battalion created under the command of the Sedena will join the 4,791 state and municipal agents and the 5,300 federal elements already working in the state.

The creation of this new security body comes two weeks after the confrontation between two rival drug gangs left two dead and a climate of panic in the Riviera Maya. Days earlier, the body of a handcuffed man was abandoned in a park in Cancun and in late October a shooting in a Tulum bar caused the death of two foreign tourists, one Indian and one German, and three others were injured.

These episodes of violence have been a turning point in the area, which receives thousands of national and foreign tourists every day. According to official figures, from January to September of this year there were 442 intentional homicides, 20 femicides and more than 11,000 robberies. The municipalities with the highest crime incidence are Benito Juárez, Solidaridad, Tulum and Isla Mujeres.

López Obrador gives the military the management of its flagship projects

In a new gesture in favor of the military, the president of Mexico, Andrés Manuel López Obrador, announced this Wednesday that the Ministry of Defense will be in charge of managing the company to administer the emblematic works of his Government: the Mayan Train, the Tulum airports , Chetumal, Palenque and Felipe Ángeles, in Mexico City. The president detailed this Wednesday that sections five, six and seven of the Mayan Train will be built entirely by the National Defense. The military will also participate in the works of the new Tulum airport, and an ecological reserve of 500 hectares will also be generated in the archaeological zone of Tulum.

“It is a corporation so that there is no temptation that, over time, the privatizers return, and that they want to convert these national assets into assets of individuals, of those close to them, as was the history of the neoliberal period. So, by leaving this patrimony of Mexico in the custody of the Ministry of Defense, we have a guarantee that these assets will not be disincorporated from the public patrimony ”, he declared.

Although the great work of 1,524 kilometers of railways, which will pass through Quintana Roo, Campeche, Chiapas, Tabasco and Yucatán, has advanced slowly due to the rejection of local communities, especially indigenous ones and environmental associations, López Obrador insisted on that there is no “plan B” for the layout of this infrastructure and affirmed that it will be ready, despite all obstacles, by the end of 2023.