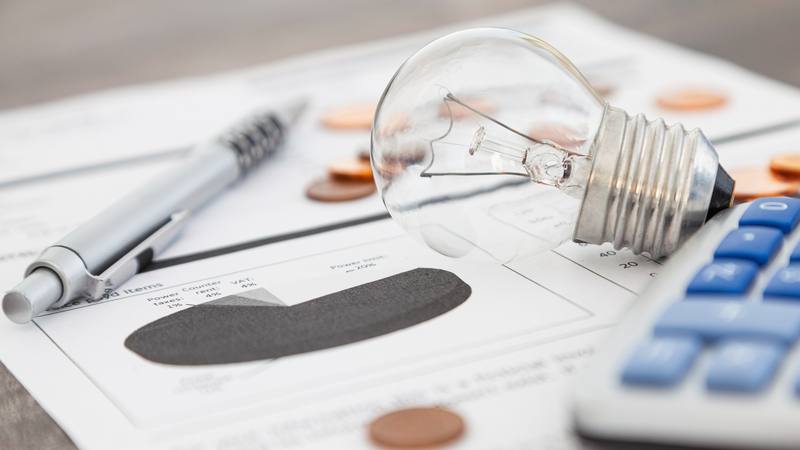 At least 3.6 million Spanish households will pay a higher electricity bill this year than in 2018, according to government data. Will be three out of ten households benefiting from a regulated tariff -also known as PVPC-, whose prices depend mostly on the price on the wholesale market, which this year has broken all records and closed again in December with the most expensive month since there are records: about 140 euros of half.

The data contrasts with the promise of the President of the Government, Pedro Sánchez, who promised in September that “all citizens with an average consumption at the end of 2021 pay a similar amount and similar to the one they paid in 2018”, although he has subsequently nuanced that it would be an “average” data. Consumer associations, however, continue to point out that the rise will affect a higher percentage of households.

The light closes December as the most expensive month in history

Since the beginning of the year, electricity prices have multiplied by fourAccording to data from the Iberian Wholesale Market Operator (OMIE): the average cost per megawatt hour (MWh) closed in January at 60.17 euros, while in December it stood at 239 euros. The data is even more surprising if we look at the maximum price, which on Christmas Eve broke its umpteenth record by skyrocketing to 383.67 euros / MWh, exceeding 400 euros in the central hours of the day.

In this way, electricity for those homes with a regulated contract – about 10.5 million according to data from the National Markets and Competition Commission (CNMC) – will end the year at 87.43 euros / MWh on average. They are 30 euros more than in 2018, when it closed at 57.28 euros / MWh. Then, How is it possible that these figures can be equaled, as the Government maintains?

The average bill will be 31 euros cheaper than in 2018

To achieve this, on the one hand, the Executive has launched a package of measures that have a direct impact on the consumer’s bill: the reduction of VAT from 21% to 10%, the tax on electricity from 5.11% to 0, 5%, the legal minimum; and the suspension of the generation tax paid by electricity companies, which was 7%. This has meant a tax cut “never seen before” on the bill of 60%, according to the third vice president and minister for the Energy Transition, Teresa Ribera. In addition, charges for the electricity system were reduced by 96% until the end of the year – which have a weight in the bill of around 30% – and the benefits of the social bonus were increased.

See also  Ukraine crisis: Scots landscape gardeners who drove over to help people escape are shot at by Russian soldiers

With this, as Sánchez pointed out this Wednesday during his traditional appearance to take stock of the year, the annual bill has been reduced by about 84 euros, leaving the 2021 receipt at an average of about 613 euros, compared to the 696 euros to which it would have amounted without the decisions taken. To carry out these calculations, the Government is based on a family with a consumption of between 2,500 kWh to 5,000 kWh per year and a contracted power of 4.1 kWh.

In 2018, for its part, the average electricity bill for a family with the same consumption and power was 608 euros, according to Eurostat. Taking into account the variation in prices between November 2018 and November 2021 -5.1%, according to the National Institute of Statistics (INE) -, the figure would rise to 639 euros, so the average bill in 2021 would be 31 euros less than three years ago. “The commitment on average has been fulfilled and there are the Eurostat data“, said the President of the Government, who in turn defended the” effort “made by the Executive to contain this unprecedented escalation in energy, which has represented a decrease in the collection of about 4,000 million euros in the second half of the year and will mean another 2,000 million euros in the next four months of 2022, after the expansion of a large part of the measures.

However, it is, as we say, an average figure, which takes into account both the 10.5 million households benefiting from a regulated tariff -whose price is marked daily by the cost of MWh in the wholesale markets- and the 16 2 million households with free rates contracted – with prices set by medium-term trading companies that do not directly depend on market fluctuations. And this is what they allege from the Executive to consider Sánchez’s commitment fulfilled.

In addition, it must be taken into account that the cost of light in the wholesale market at the beginning of the year it was relatively low, since until May it was below 67 euros / MWh while in February it closed at 28 euros / MWh. This also helps the annual average to be lower.

Sánchez himself acknowledged this Wednesday that, although “for the vast majority” the commitment is being “fulfilled”, there are 30% of contracts that are found in the regulated rate that “They are going to pay a little more than what they paid in 2018“That is, about 3.6 million households. However, we will have to wait until next March for Eurostat to update its data and check if the Government’s commitment has really been fulfilled.

For its part, the consumer organization Facua ensures that the electricity bill will be 20% more expensive this year than in 2018, according to the data advanced to RTVE.es. According to its general secretary, Rubén Sánchez, the Government “is kidding us”, since to match these figures and achieve “that unattainable goal”, the December invoice “would have to be negative and the companies would have to return to their customers 12 euros at the end of this month, something that obviously is not going to happen ”.

“When things are not made explicit, all the solutions are good,” says José Luis Sacha, professor from the University of Comillas-ICAI, who is more cautious about these figures. “I dare not say that I have cheated, of course, because the numbers are very probably well done “, he emphasizes.

December closes again with the most expensive bill in history

The truth is that prices continue to rise without brake and December will close again as the month with the most expensive bill in history: the average user – with a monthly consumption of 33 kilowatt hours (kWh) and a contracted power of 4.4 kW- will pay about 140 euros on average, according to Facua. It will be about 25 euros higher than that of November and 20 euros higher than October, which until now held the historical record. In addition, it will double the invoice for the same month of 2020, when it closed at 64.62 euros, and will far exceed that of 2018 -80.11 euros-.

And the worst is yet to come, explain the experts consulted. On the one hand, because electricity prices in the futures markets do not anticipate a truce, at least, until spring 2022; In addition, the free contracts will be renewed shortly and in them the marketers will foreseeably affect the rise in prices of 2021, while the Government has decided not to extend the 96% reduction in invoice charges, which will have a direct impact on from January.

“Gas in summer was trading at 7 euros per megawatt hour, now it is at 130 euros. It has multiplied by more than 18. If we look at the gas future markets, we see that it is going down, but very slowly: the average price for gas In the first quarter, 114 euros and we will start recording the drop from spring. And the same with electricity: the average price for electricity in 2022 will be 200 euros per megawatt hour, well above before the pandemic, “he explains in the RNE microphones the former president of the Committee of Experts for the Energy Transition Jorge Sanz.

The mornings of RNE with Íñigo Alfonso – Jorge Sanz: “The price of electricity will continue to be high in 2022” – Listen now

Against this background, the European Commission has announced that it will present an initiative for countries to make joint gas purchases, although Sanz thinks it won’t work. “When companies buy gas and make a mistake, because they buy more in a year than they think it will be cold, that excess gas generates a loss that shareholders take on. If politicians buy it, consumers pay for it. They always go. to buy more gas than necessary so as not to run out of supply and it is most likely that we will pay for it more expensively ”, highlights the expert.

While Spain continues to search in Brussels for a solution to curb the high price of natural gas and the markets for CO2 emission rights, although without success. For the moment, European leaders have been summoned, for the second time, to address the debate at the next summit, which will take place in March 2022.

Scots mum conned out of £2.5k by callous scammer pretending to be daughter