Skip to content
Home News The Government claims to have fulfilled 50.2% of its commitments 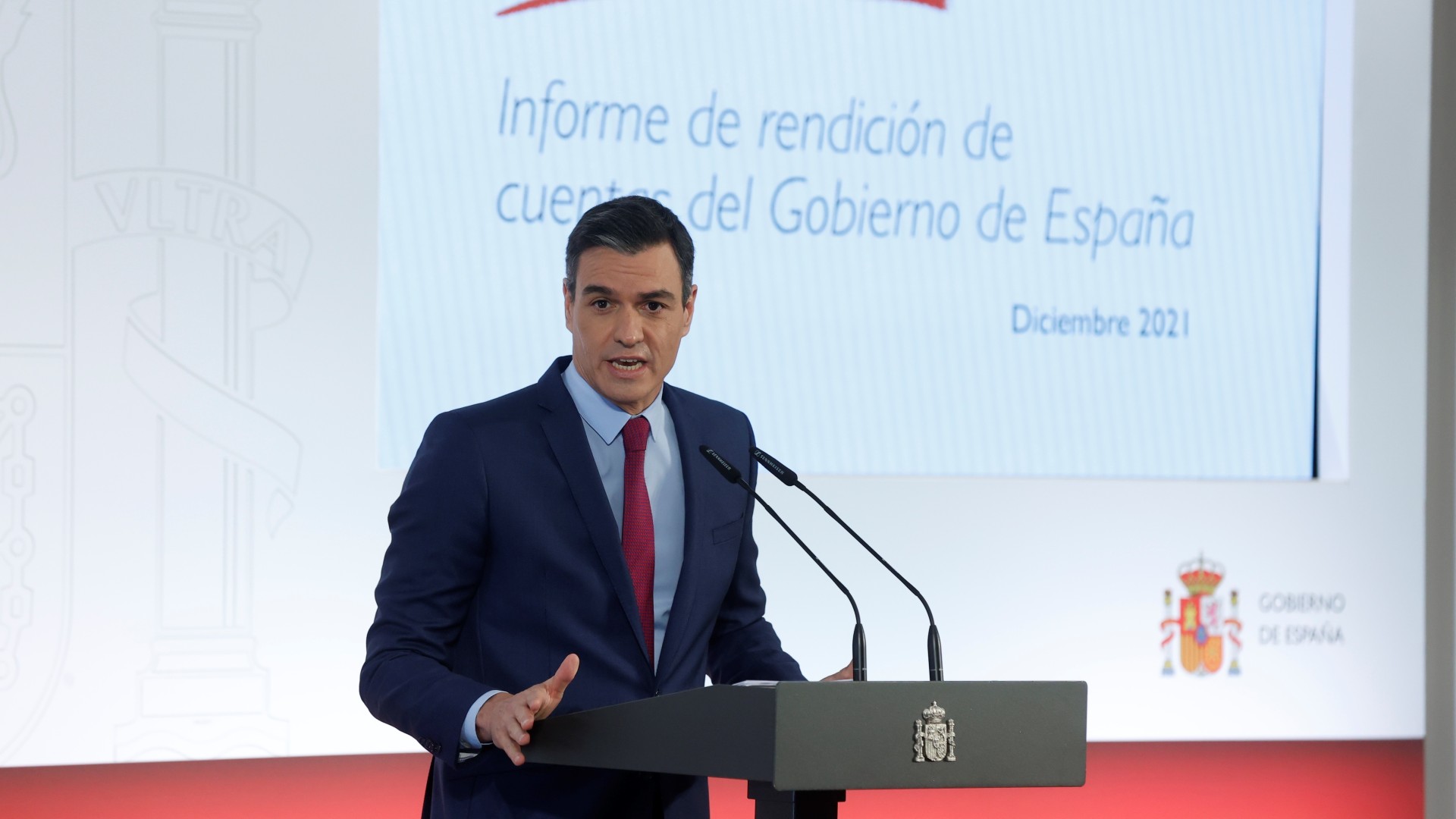 The Government assures that it has already complied 50.2% of the commitments that were acquired before the Cortes Generales, including those assumed to face the recovery after the pandemic, which in the opinion of the President of the Government, Pedro Sánchez, shows that the Executive “advances and complies” despite the “complexities derived from the pandemic” and the difficulties “logic” of such a fragmented parliament.

This is stated in the accountability report that the Executive publishes every six months to take stock of the year, which is titled ‘Complying’ and which according to Sánchez is validated by “prestigious academics” and independent experts. On this occasion, as it happened in 2020, the report has once again been marked by the pandemic, but also by the “logical” difficulties of such a fragmented parliament. “The conclusion is resounding: despite all the social complexities (…) the Executive advances and complies with its roadmap and with the commitments made to the public, “he highlighted at a press conference at the Palacio de la Moncloa.

According to the Chief Executive, since the inauguration in January 2020, the Executive has assumed 1,481 commitments, of which 42.7% have already been fulfilled. There are 243 more commitments than those acquired a year ago. Taking into account, in addition, those recently assumed to face the recovery after the pandemic before the Cortes Generales, commitments fulfilled amount to 50.2%. Specifically, the Chief Executive has cited milestones such as the labor reform recently agreed with unions and employers or the first part of the reform of the public pension system, also agreed upon through social dialogue.

“These figures of more than 50% are not simple statistics. They are policies that affect the day-to-day life of our compatriots“, he stressed, to later emphasize the” public commitment “that represents for the emancipation of young people to approve the first housing law of democracy or the system of Temporary Employment Regulation Records (ERTE).” A set of reforms that show that it is possible to get out of the crisis by expanding rights and freedoms, and not cutting them, “he added.

With regards to 2021, the Prime Minister has stated that 19.3% of the global commitments have been ratified, that is, almost one in five that were promised in this legislature. The figure rises to 26.4% if one takes into account those acquired in the inauguration speech and up to 24.1% of those agreed in the coalition pact between the PSOE and United We Can.

Among them, Sánchez has claimed to have updated the educational system, with the approval of the FP Law, the strengthening of the national health system, new rights such as the Euthanasia Law and the deployment of new measures in the fight against poverty with the Minimum Living Income. In addition, it has praised the “sense” of state of the social agents by promoting reforms with “broad social support” and the approval of laws with “broad parliamentary support” thanks to the government’s negotiation with parliamentary groups.

See also  Pizza counters from Asda, Sainsbury's and Morrisons were compared and one tasted like a takeaway

Stranger Things season four review: It’s formulaic, but who’s complaining when the formula is this fabulous?

Man, 22, raped by his dealer on island ‘controlled by drug gangs’