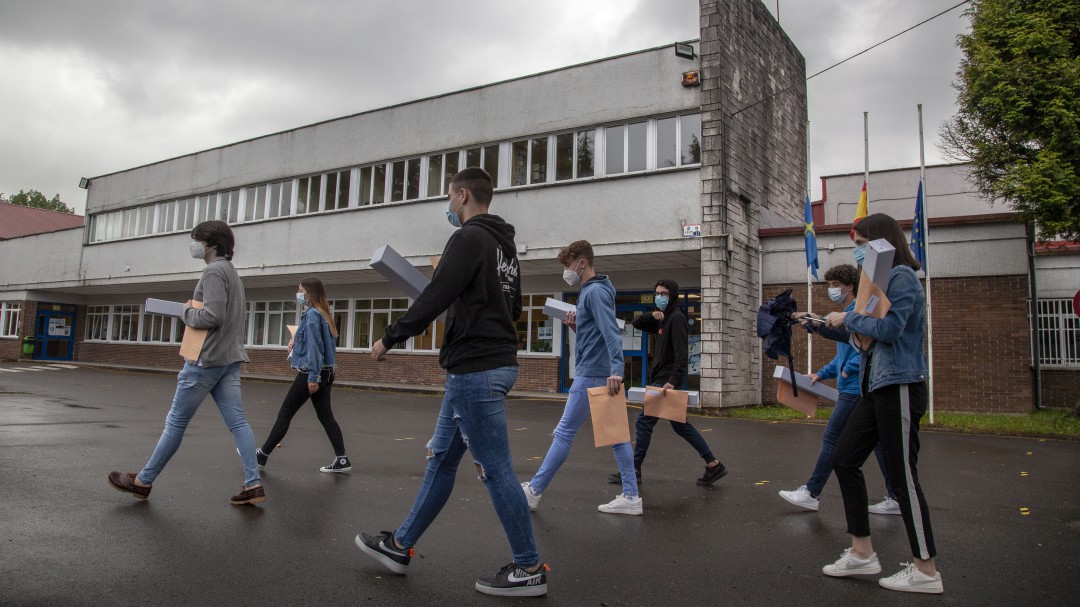 The Government will take this Tuesday to the Council of Ministers the draft royal decree that regulates the evaluation, promotion and qualification in Primary, Secondary Education (ESO), Baccalaureate and Vocational Training (FP), a document that eliminates character tests extraordinary in ESO from this same course 2021-2022.

A first draft of this project eliminated these end-of-year recovery exams in Secondary, keeping those of Baccalaureate, but later, the Minister of Education and FP, Pilar Alegría, assured that she would leave the decision to suppress it in the hands of the autonomous communities. or keep these exams for this school year, being already eliminated for the next. However, the Ministry has decided to abolish them from this same course and throughout Spain after the opinion of the Council of State to the rule considers that leaving the decision to each autonomous community would generate inequalities.

In addition to this matter, the decree also establishes that the evaluation in ESO will be “continuous, formative and inclusive” and, as in Primary, the decisions on promotion and qualification will be adopted collectively by the teaching team after an evaluation call that will take place at the end of the school year.

ESO students will promote their course when the teaching team considers that the nature of the subjects that, in their case, they may not have passed, “allows them to successfully continue the next course and it is considered that they have favorable recovery expectations and that said Promotion will benefit your academic evolution. ” In any case, those who have passed the subjects or areas studied or have a negative evaluation in one or two subjects will be promoted.

The evaluation in Baccalaureate

As for the evaluation in Baccalaureate, it will be “continuous and differentiated according to the different subjects” and students will pass from first to second when they have passed the subjects taken or have a negative evaluation in a maximum of two subjects.

For this condition to be met, the following conditions must be met: that the teaching team considers that the student has achieved the objectives and competencies linked to that title; that there has not been a “continued and unexcused absence” by the student in the matter; that the student has taken the tests and carried out the activities necessary for their evaluation, including recovery; and that the average of the grades obtained in all the subjects of the stage is equal to or greater than a 5.

On the other hand, the Council of Ministers will also address the creation of public positions for education from 0 to 3 years.

As announced this Sunday by the President of the Government, Pedro Sánchez, in his closing speech of the XIV Congress of the PSPV in Benidorm (Alicante), the Council will approve an endowment of 660 million euros in the next three years, until 2024, to open more of 64,000 educational places of the first cycle of Early Childhood Education in Spain.

The Government plans to approve this Tuesday in the Council of Ministers the draft of the Customer Service Law, as sources close to the process have been able to confirm to Europa Press.

The main novelties of the text promoted by the Ministry of Consumption go through the establishment to the companies of a period of one month to answer the claims made by the clients, the non-recognition of the right to compensation in case of non-compliance with the response deadlines and the elimination of the obligation to have specific emails for customer service.

The National Commission of Markets and Competition (CNMC) already announced that the draft would reduce “the lack of information for consumers in situations in which they may find themselves more unprotected.”

The state body also made some suggestions on calls from consumers and users to customer service services to avoid special rate ranges, except if they are free, and proposes to consider telecommunications services as basic services of general interest.