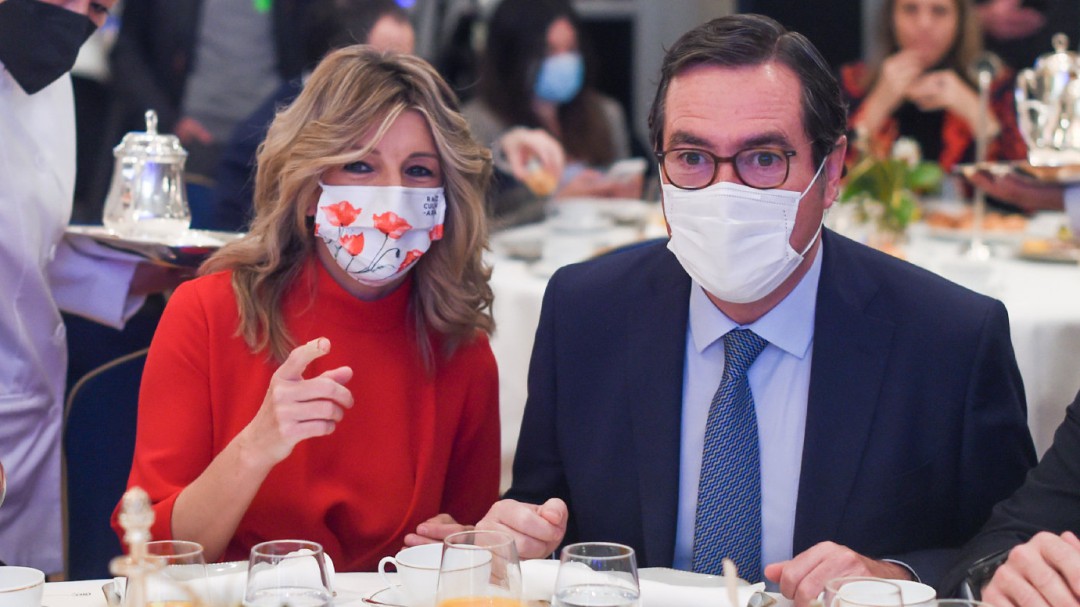 Government, employers and unions resume this Monday the meetings of the labor reform negotiation table, after a week in which there have been five meetings, with the aim of reaching an agreement before the end of this year, according to the announced commitment repeatedly by the Government.

These formal contacts are resumed after having met without interruption between Monday and Friday, thus fulfilling the objective of the negotiators to intensify the dialogue to try to reach an agreement “as soon as possible.” In addition, this Monday’s meeting, scheduled at 9:00, will take place just nine days before the last ordinary Council of Ministers of the year, set for December 28, although the Executive has scheduled extraordinary sessions on Fridays.

Precisely, the Second Vice President of the Government and Minister of Labor, Yolanda Díaz, this week was “optimistic” about the possibilities of reaching an agreement at the social dialogue table, although she warned that she knows the social partners “well” and they may “rush” deadlines.

Of course, the secretary general of CCOO, Unai Sordo, assured this week that “we must try to meet” the deadline for agreeing on the reform of the labor market before the end of the year, although he warned that “a negotiation of this importance It shouldn’t fall up or down for four days. “

“The deadline is not a red line”

“If we finish next week, great, and if not, we would have to continue negotiating, but we have been on time and we hope to be able to resolve on time,” said Sordo.

For his part, during this week, the general secretary of the UGT, Pepe Álvarez, pointed out that, for there to be an agreement, priority issues for the unions must be addressed, such as recovering the exclusiveness of the agreements and the application priority of the sectoral agreements over those of the business.

In this sense, the Spanish Confederation of Business Organizations (CEOE) convened for this past Wednesday an extraordinary meeting of its Executive Committee to analyze the progress of the negotiations, a meeting in which, as explained by the president of ATA and vice president of the own CEOE, Lorenzo Amor, “did not enter into any type of debate because what was done was to report on how the negotiations are going.”

Sitting to the end

In addition, the president of the CEOE, Antonio Garamendi, warned that if the result of the negotiation of the labor reform “is not reasonable” they will have to “say no”, despite the fact that he affirmed that they will continue to “sit” at the table of the social dialogue until the end to try to reach an agreement.

In his opinion, it is necessary to maintain the “spirit” of the 2012 labor reform in order to guarantee the “flexibility” that companies need to be able to maintain and create jobs.

However, according to the latest details of the negotiation that have emerged, a fixed contract for construction is being negotiated within the framework of the measures to reduce the temporality.