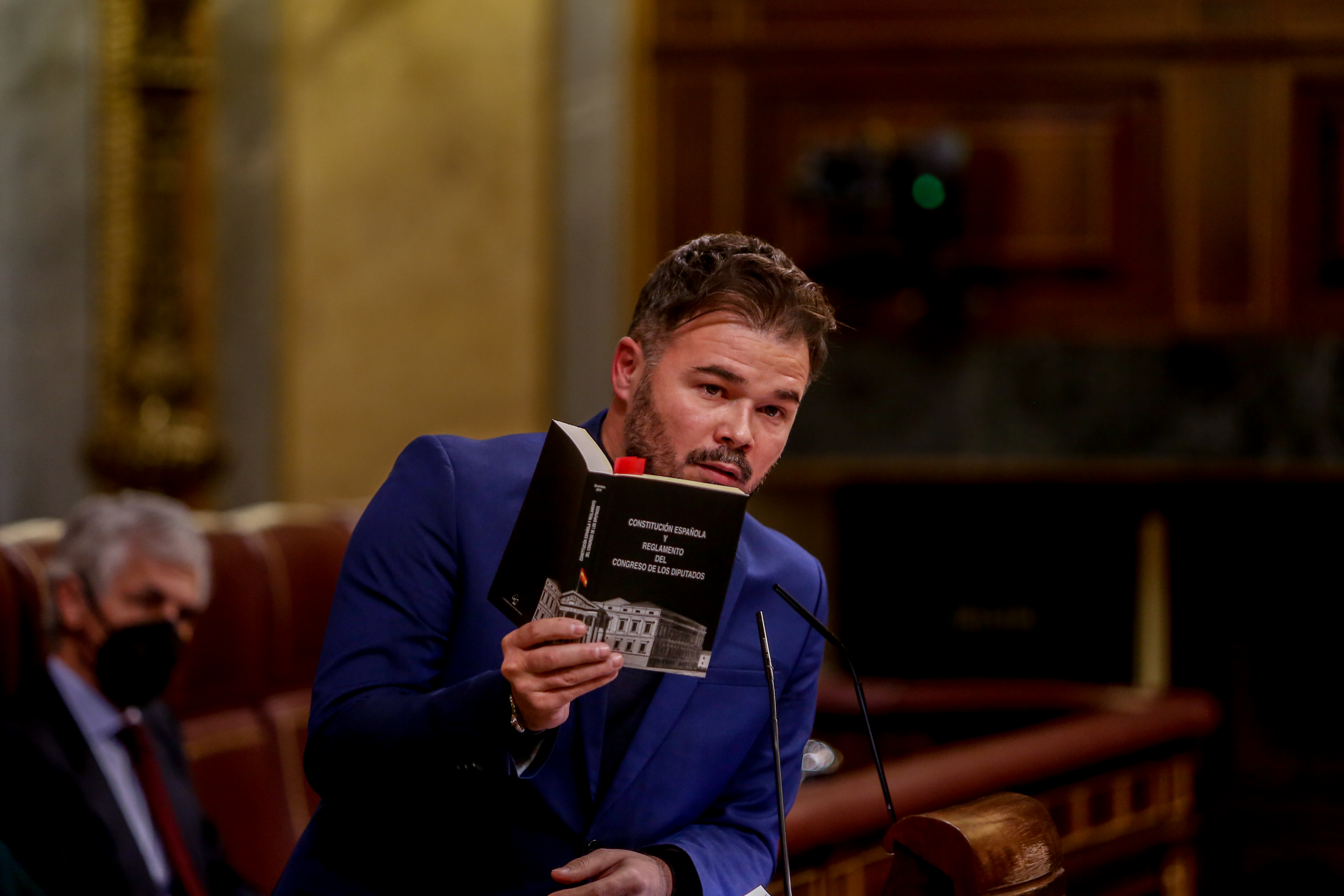 The Government and ERC have finally agreed on the audiovisual law, which allows unblocking the approval of the State Budgets for 2022. According to ERC, the agreement implies that the rule that came out of the Council of Ministers is modified to guarantee a minimum annual production of content in Catalan, Basque and Galician, paid by the platforms that broadcast throughout the State, regardless of where they have their headquarters. That implies a change in how the negotiation between the parties had been approached. Initially, the conversations focused on the obligation that the catalogs of the platforms have a minimum percentage of content in co-official languages. Now they have opted for the path of raising funds for new production through the so-called “advance financing obligation” that already provides for the Government’s draft bill and previously affected traditional public televisions. Now, it is also moving to companies such as Netflix or HBOMax. ERC estimates that it would be about 15 million euros for series and films in other languages ​​of the State apart from Spanish.

The anticipated production obligation, established in community regulations, means that platforms with revenues of more than 10 million euros from their broadcasts in Spain have to pay 5% of that money for European content. This can be done through direct participation in the production of works; the acquisition of exploitation rights or direct contribution to the Film Protection Fund of the Institute of Cinematography and Audiovisual Arts. And of that 5%, 70% has to be dedicated to “independent productions.” That is where ERC has managed to secure the minimum quota of 15 million euros for production in co-official languages, which would represent 15% of that 70%.

The PSOE spokesman in Congress, Héctor Gómez, has appeared to ratify that “the estimate” of 15 million euros will actually come from the benefits that these companies obtain in turn from the products that European directives now oblige them to make in those languages.

But that will not be the only source of financing for more production. In exchange for ensuring the final approval of the public accounts for next year and giving stability to the Coalition Executive (in practice until the end of the legislature), ERC has also managed to add 10.5 million euros to the Protection Fund Cinematographic that go to “the creation of audiovisual content in co-official languages ​​other than Castilian”, says the text issued by the republican formation. This fund already exists and depends on the Institute of Cinematography and Audiovisual Arts, which is the one that allows part of the subsidies to the cinema.

ERC has failed in its attempt to force all platforms to use the dubbing and subtitling that had already been done, for example, by the Generalitat of Catalonia. Only last year, the Department of Culture allowed the dubbing of more than 1,700 contents between series and film through subsidies that could be used on all platforms (Diseny + already uses some, for example). The Government believes that this requirement is impossible and, therefore, say the Republicans, the intermediate solution has been achieved of making the Executive jointly responsible for the bill for dubbing into other co-official languages. Gómez has pointed out that the amount of this fund will now be negotiated in the parliamentary process when the audiovisual law begins its way through Congress. The Generalitat allocated 3 million euros for dubbing last year.

The agreement leaves behind the intention to force the large multinational platforms to have 6% of their catalog in these languages, something that the economic vice president, Nadia Calviño, saw unfeasible, to focus on production obligations. Republicans will now withdraw, according to party sources to EL PAÍS, the 17 partial amendments that they had registered in the Senate to the public accounts.

The decision was known minutes before the start of the Budget committee in the upper house this Wednesday. ERC registered last Thursday, at the limit of the term, those 17 amendments in a tactical movement to remember its capacity to pressure and force the modification of the audiovisual law. With the withdrawal of these ERC amendments, it is already practically certain that the Budgets will be approved without modifications definitively in the Senate next Tuesday, the 21st, without having to return to Congress, as the Executive wanted.

Regarding the audiovisual law, ERC has specified what it considers to be some of its achievements in that negotiation. “6% of the world catalog will be in Catalan. Catalan quotas are added where until now there were only Spanish quotas. If the law policy is to attract platforms to the State, when they come they will have to meet quotas. Platforms such as Movistar or Atresmedia will have to guarantee that 6% of their catalog is in Catalan ”, concludes the text of the Republicans.

The public accounts of 2022 were not in danger after last week passed the presentation of the vetoes – equivalent to the amendments to the whole – in the Senate. But the Government has gone to great lengths to prevent Esquerra from forcing the approval of an amendment of cross-sectional content such as the one it had re-registered requesting a covid fund of 13,000 million for the autonomous communities, which had already been overthrown in Congress.

Once this obstacle has been saved, the Government will once again carry out the Budgets for the second consecutive year without adding any of the 3,952 amendments presented in the Senate. As happened last year, ERC, PNV and EH Bildu did not register any partial amendment. Although the vote is already guaranteed, the Government is in negotiations with the rest of its partners to get them to withdraw their amendments before the plenary session next Tuesday. Teruel Existe and Compromís will maintain them while other parties such as the Aragonese Regionalist Party will not.