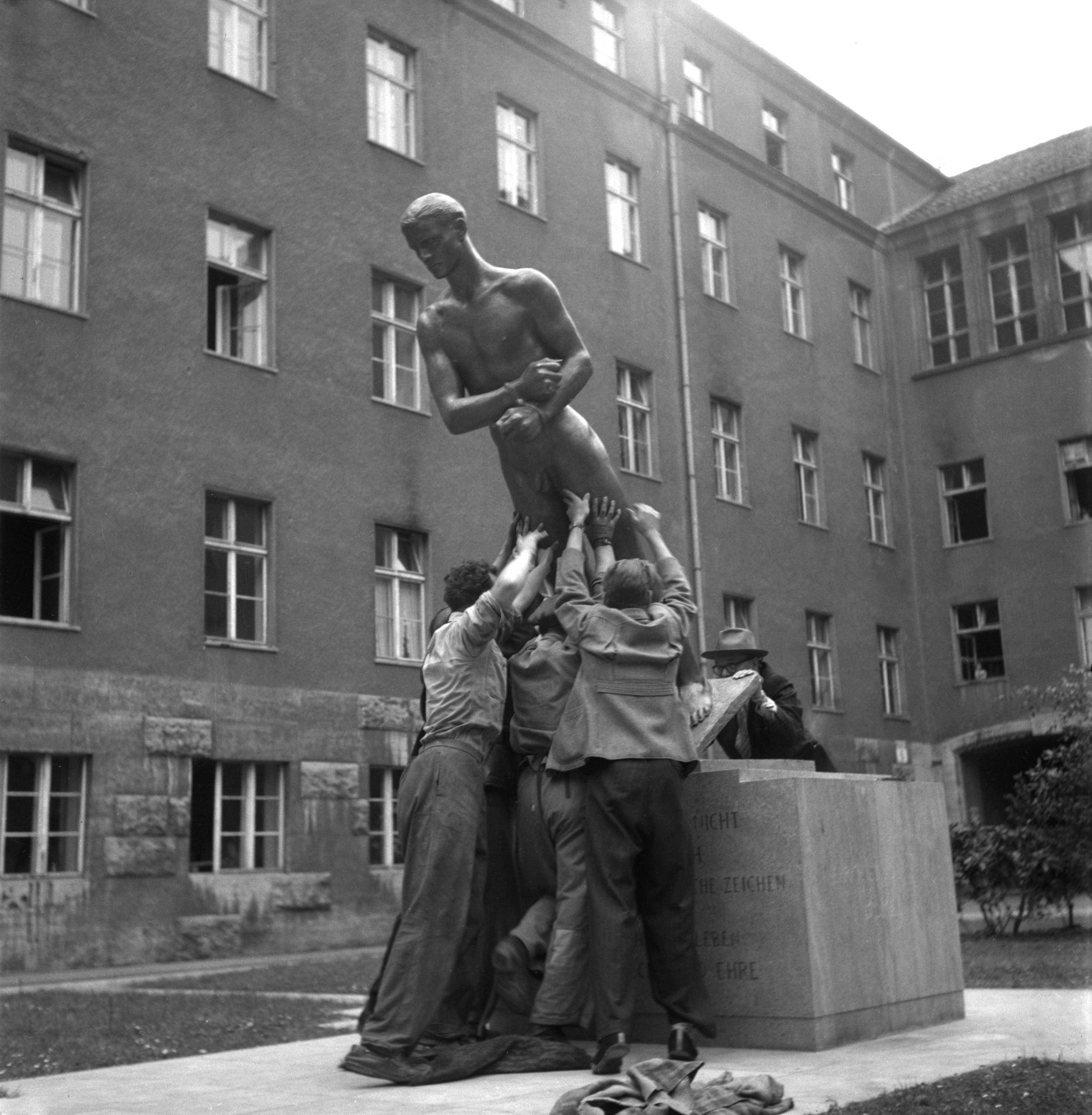 If there had been a pill of oblivion in 1945, most Germans would have eaten it. Forget the millions of dead, the destruction, the horror of the Holocaust, the devastation. But “the past is never dead. It is not even past ”. Impossible to contradict Faulkner. After the end of the war, important members of National Socialism continued a life of “success”. They thought: “Germany is another country.” Engineers, politicians or musicians “lost” the memories. Art shaped his shame. Many Nazi artists continued to receive lucrative commissions from the Administration, the Church and industry, continued to teach in universities, exhibiting and erecting monuments for the dead of the war. The executioner honoring the victims.

The origin awaits in a few sheets of a worn yellow typewritten in blue in August 1944. They appear the names of 378 artists commissioned by Hitler and Goebbels. It is the list of the “divine gifted” (Gottbegnadeten-Liste), creators “indispensable” for Nazi aesthetics (Richard Strauss, Carl Orff), who were exempted from the front. Willy Meller (sculpted the sculptures of the Olympic Stadium), Adolf Wamper, Richard Scheibe, Arno Breker or Georg Kolbe (gave the Führer a bust of Franco in 1939) showed that the Federal Republic was still in the same geography after Hitler’s suicide. All remained active after the loss of the war.

Two exhibitions in Berlin tell for the first time that how could it happen? “The German arts sector was not interested in questioning the works and careers of the ancient divine,” explains by email Wolfgang Brauneis, curator of the exhibition. The divine gifted. “History has placed these creators on the periphery, but it has not annihilated them”, recalls the expert Bartomeu Marí. The first protests came in 1965 against a Kaspar tapestry given to Nuremberg by the Bavarian state. Or the scandal of the immense bronze of Pallas Athena, which is still in front of a public school in Wuppertal, cast by Breker during 1957. What to do? Demolish them? Perhaps it is better to contextualize them and learn from the past. The German-Jewish philosopher Max Horkheimer — when he returned to Germany from exile in the United States in the 1940s — felt humiliated. “I went to a meeting yesterday and found the people so happy that they made you want to vomit,” he writes. “They were all there, sitting, just like before the Third Reich. As if nothing had happened ”.

That indignity was prolonged in the first edition of the Documenta de Kassel, which is today one of the most important appointments (every five years) on the planet-art, but which at that time, in 1955, wanted to sell the world the end of the he was a nazi. Lie. “The initial team had 21 people. Ten of them were former SA, SS or Nazi Party paramilitaries. This was something common in society ”, says Julia Voss, curator of Documenta, Politics and Art. And he adds: “From an aesthetic point of view, the co-founder, Werner Haftmann [el historiador Carlo Gentile descubrió en julio que lo buscaban en Italia en 1946 por crímenes contra la humanidad], and the Documenta distanced themselves from the National Socialist era. Although at the same time the history of modern art was reformulated in a version in which the murdered ones did not appear ”. The Nazis found a Final Solution for art: mix silence and oblivion.