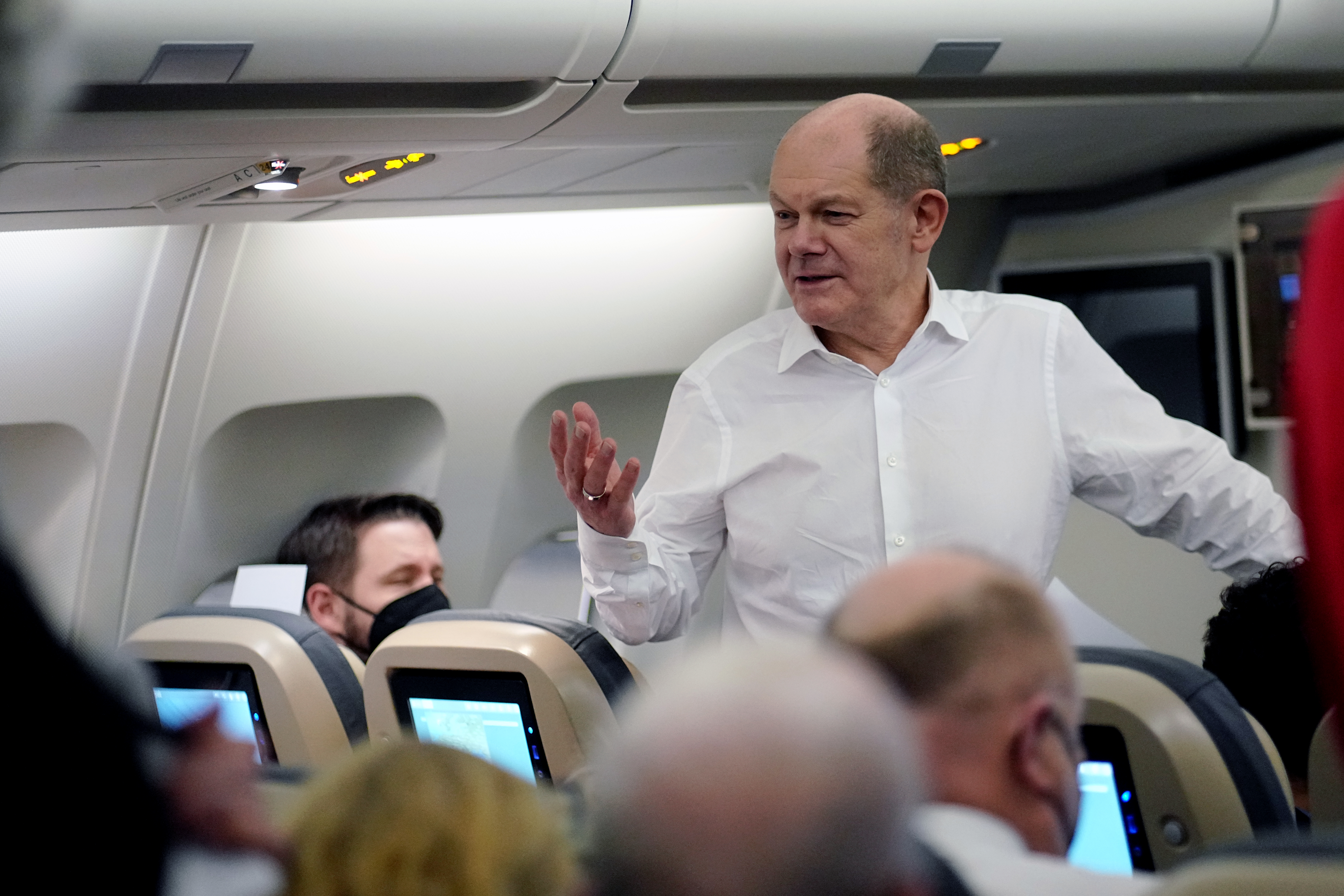 German foreign policy will play a different tune under the baton of Chancellor Olaf Scholz and his Foreign Minister, the co-leader of the Greens Annalena Baerbock, who embark on a new stage after 16 years of Angela Merkel’s conciliatory approach to the regimes autocrats. The score will remain recognizable, but some notes will change with respect to Russia and China, the two great rival powers on the transatlantic axis. The differences, at the moment moderate, have already appeared in the first weeks of the newly released German tripartite. The rhetoric about the controversial Nord Stream 2 gas pipeline is a good example of this. From considering it the German Executive as a private business project in which it should not be intervened, Moscow has now been threatened with paralyzing it if it violates the integrity of Ukraine’s borders.

For now it is Baerbock who is using the most firmness in his speech. He has been in favor of the diplomatic boycott of the Winter Olympics in China led by the United States, while the foreign minister has tried to avoid a clear pronouncement. For both, says Anna Kuchenbecker, director in Berlin of the European Council on Foreign Relations analysis center (ECFR), it is important to confirm the continuity and reliability of German foreign policy. But each in their own way. The Social Democratic leader is “without a doubt a pragmatist who has made it clear that there will be no special focus from Germany on security policy.” Baerbock, for his part, “agrees with Scholz that dialogue with Moscow and Beijing is necessary, but does not shy away from forceful words directed at autocrats,” adds this expert in international relations.

Listening to Scholz in these first two weeks of government is very reminiscent of Merkel: it shows the same emphasis on dialogue and on the flight from confrontation. But the government agreement signed by the three partners, Social Democrats, Greens and Liberals, is much more assertive and gives clear clues that the new German Executive will be less benevolent with these two powers. The tripartite has set out to pursue a foreign policy based more on values ​​than on Germany’s commercial interests, which was the number one priority of the previous Executive, in the opinion of Steven Blockmans, director of research at the Center of European Policy Studies (CEPS). He predicts that it will not be easy: prioritizing the defense of democracy and human rights over exports will require a “complex balancing act.”

Scholz has been very adamant in warning Russia on fears that it will order an invasion of Ukraine. Moscow “will pay a high price,” said the chancellor a few days ago, if it attacks the former Soviet republic, along whose border more than 100,000 Russian troops with heavy weapons are concentrated. The inviolability of the limits is “unquestionable”, he stressed. But at the same time, recalls Blockmans, Germany has vetoed Ukraine’s purchase of weapons through NATO.

Germany’s obvious economic interest in having the abundant and relatively cheap Russian gas provided by the Nord Stream 2 gas pipeline weighs on relations with Moscow. Through more than 1,200 kilometers of pipelines through the Baltic Sea, Russia could send directly to Germany 55,000 million cubic meters of natural gas every year. The project has been delayed for years by opposition from the United States and the EU’s eastern partners to its construction, which Chancellor Merkel always defended as a private project. For its detractors, it increases the energy dependence of the Kremlin and leaves Ukraine in a very vulnerable situation.

The relationship with China is also delicate. It is the largest commercial partner of Germany, relevance that is reflected in the 12 official visits that Merkel made to the country, generally accompanied by a large delegation of exporting companies. The previous governments considered China a strategic partner while the new one describes it as a “systemic rival”. The coalition agreement explicitly mentions human rights violations in Xinjiang, democratic backsliding in Hong Kong, and Beijing’s threats to Taiwan’s sovereignty – issues on which the greens used to criticize Merkel and now position Germany much more clearly. in tune with the United States.

The tripartite wants Brussels to lead a common European approach on China, a “Europeanization” of German bilateral relations that Blockmans considers very positive: “Beijing is adept at dividing and weakening the EU, and Germany’s determined pursuit of its commercial interests. it has often helped him in that purpose ”, assures the political scientist.

Without naming them, the tripartite has also established its position on the EU countries where judicial independence is not respected and corruption is not fought: Poland and Hungary. The coalition contract calls for a strong hand from Brussels against member states that violate the rule of law. Both Scholz and Baerbock have already traveled to Warsaw, their first destination after passing, as tradition dictates, through Paris and Brussels on their maiden voyage. “They both walked on leaden feet. They underlined the close friendship, but also wanted to be clear about the current problems, “says Kuchenbecker.

The leaders of the two states have expressed their lack of harmony with the German tripartite, especially because it advocates the “development of a federal European state”, in the words of the government contract. This week the deputy prime minister of the Polish nationalist government, Jaroslaw Kaczynski, accused Germany of wanting to transform the EU into a federalist “Fourth Reich”.

How much prominence will Olaf Scholz play on the international scene? Will he do like Merkel, who personally dealt with many relevant foreign policy issues, overshadowing her foreign ministers? It remains to be seen how much the chancellor will want to mark the agenda, and also how Scholz and Baerbock will combine two different visions and two divergent styles of dealing with foreign partners. There has already been some friction that shows the internal fight for control of the international story. Rolf Mützenich, an expert on foreign affairs for the SPD, said in an interview that in Germany foreign policy is essentially controlled “from the Chancellery.” Immediately, Omid Nouripour jumped, also an expert in the area but from Los Verdes, who replied on his social networks that this is the responsibility of the Ministry of Foreign Affairs. Experts like Kuchenbecker call a “clear signal to Baerbock” the fact that Scholz has appointed diplomat Jens Plötner, a heavyweight, as his foreign and security policy adviser. “It remains to be seen how this conflict will be resolved, but Baerbock will undoubtedly take the opportunity to focus on climate policy to present herself as a foreign minister for climate,” says the political scientist. Meanwhile, Plötner begins to take the initiative. According to the German agency DPA, senior representatives from Germany and Russia plan to meet in early January to discuss the conflict in Ukraine. On the German side, Plötner will be in charge of sitting down with the Russian negotiator for Ukraine, Dmitri Kosak.