Skip to content
Home News The Generalitat raises a curfew in municipalities with 10,000 inhabitants and high incidence | SER Catalunya 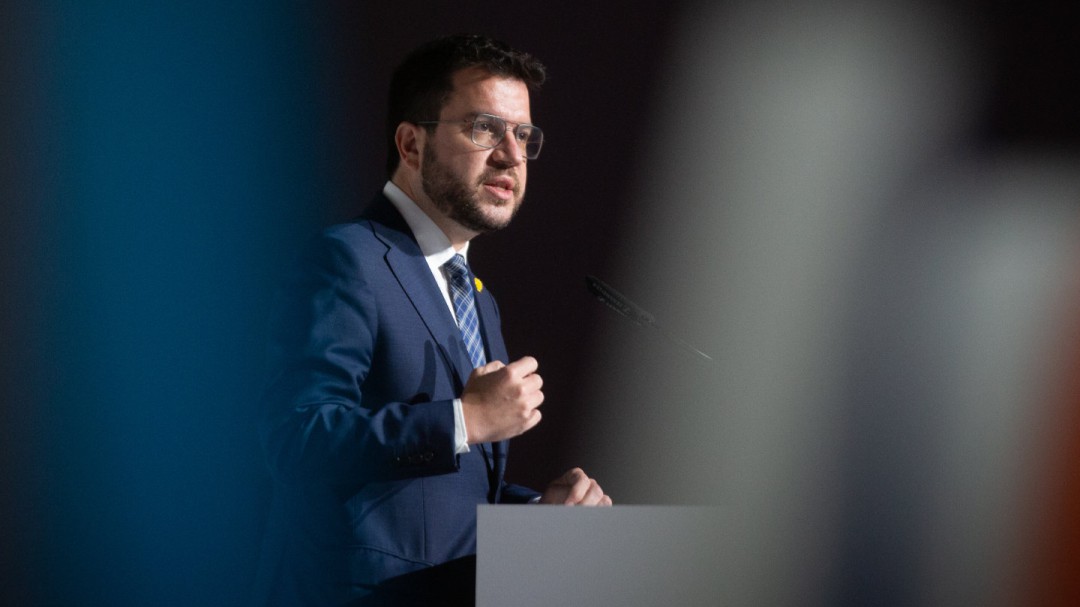 The Government spokesperson, Patrícia Plaja, detailed this Tuesday that the curfew proposed by the Executive of Pere Aragonès is aimed at municipalities with more than 10,000 people and with a cumulative incidence of more than 250 cases per 100,000 inhabitants in seven days, measure that requires the endorsement of the Superior Court of Justice of Catalonia (TSJC).

Catalonia will also request judicial endorsement to limit the meetings to 10 people, close nightlife and reduce the capacity in restaurants to 50% and to 70% in shops, culture, sporting events and gyms to stop the runaway advance of the pandemic of the Covid, powered by the omicron variant.

He has explained it at a press conference after the Executive Council, in which Plaja has assured that the Government does not contemplate the possibility of the TSJC denying the measures proposed by the Government, because they are “fully justified and argued and have legal bases.”

Asked by the media, she indicated that the Procicat is working on a meeting in the municipalities that will be affected by the curfew if endorsed by the TSJC, although it has advanced that most large Catalan cities meet both requirements and would be affected by this overnight lockdown if it goes into effect.

Subsequently, the president of the Generalitat himself, Pere Aragonès, spoke to the media to explain the need to take these measures:

“Given the current situation we have to act, we cannot remain with our arms folded, it would not be coherent or responsible. It has been decided to adopt a set of measures that are hard and hurt us to adopt but that are necessary and adjusted ”.

“Along with these measures to reduce the number of infections, we are making an effort to continue vaccinating the population because it continues to be the most effective pharmacological measure against the omicron variant. You have to take advantage of all the vaccines available ”.

“We will accompany the measures with financial aid for the affected sectors.”

“The measurements are taken at a special time of the year. We share sadness and frustration because, after last year, we expected to have a Christmas more like what we were used to. But, unfortunately, we are not in this situation ”.

“Thanks to vaccination, the consequences are much less than what could be due to the number of infections there are. These figures, before vaccination, would have led us to much tougher measures ”.

“The evolution until last week did not make us foresee taking measures before the Christmas and New Year holidays, because we believed that everyone needed to be able to rest with the family. But the data of the last week, all the indicators show how the scenario has radically changed and they have made us change our minds. We couldn’t wait a day to adopt measures that we know are tough ”.

Despite this harshness, Aragonese has asked that the measures be applied throughout the State and will ask for it tomorrow during the conference of regional presidents, where he will also demand the head of the Government, Pedro Sánchez, to expand the COVID fund by 2022. Aragonese too It has demanded that the State endorse that Social Security provides coverage for sick leave to families with confined children, even if they are vaccinated and are negative. It also wants greater agility when taking measures in all the territories. Aragonés has announced “aid packages” to the most affected sectors.