Skip to content
Home News The future of the British government depends on one thing, and it’s not ‘Partygate’ 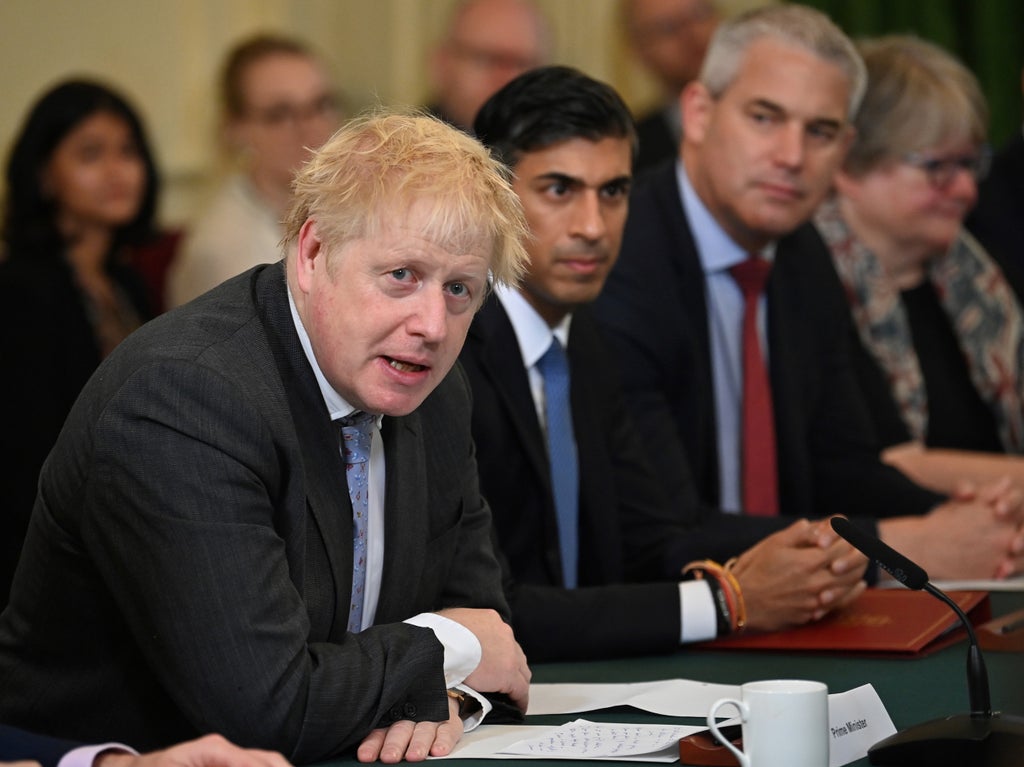 The slogan “it’s the economy, stupid” from Bill Clinton’s successful 1992 presidential election campaign seems terribly out of place in today’s politics. The British Westminster bubble is totally obsessed with “Partygate” and the political future of Boris Johnson.

But beyond the bubble, there is the prospect of a European war in the Ukraine; Covid is still with us even as restrictions are lifted, and the future of the British government (and others like the Biden administration and the Macron presidency) still depends on what happens in the economy.

There is always some economic uncertainty, but current conditions are exceptionally hard to read. The nature and persistence of inflation is much debated and unclear, as are the political remedies. Supply chain disruption may ease or worsen depending on developments in China. The war in Ukraine, if it happens, will have important consequences for energy markets, especially gas.

Governments and central banks are struggling to understand and adequately respond to the highest inflation in 30 years. Consumer inflation in recent weeks, year over year, has been around 5 percent in the UK and Eurozone, 7 percent in the US. These are levels that are double or higher than what banks central governments consider consistent with their financial stability mandates.

The optimistic view is that there are unique short-term factors that need to be resolved but will go away: supply chain bottlenecks, especially shipping rates; labor shortages for occupations such as truck drivers; energy costs (with the UK also facing a huge rise in heating bills as price controls are relaxed).

A somewhat less optimistic view is that there is a deeper problem: too much money has been pumped into the economy as a result of the emergency monetary measures of the last few years: ultra-low interest rates and the use of QE, large-scale buying of bonds, mainly government, from central banks.

Inflation matters. The German government is obsessed with the risks of inflation getting out of control. Other leading countries know that even single-digit inflation can have painful consequences. Those workers on fixed wages or unable to negotiate higher wages take a real cut in their wages. Savings deposits, which attract very low interest payments, lose value.

Retirees, who have been protected for the past decade by the “triple lockdown,” may face short-term cuts in their income due to delays in improvement or because price increases, especially in home heating bills, they hit them disproportionately. Continued asset inflation increases inequality and creates barriers to home ownership.

In what were considered “normal” conditions before the financial crisis, central banks became adept at managing interest rates to keep economies in balance. But when interest rates start at zero (negative in real terms), small upward adjustments will have little effect. And big increases will have traumatic effects on households and businesses that rely on variable-rate loans.

These include many poorer people already struggling to pay off costly overdrafts or consumer credit, and many small businesses that have relied on costly loans to get through Covid. There is also a potentially very damaging effect on emerging economies that borrowed abroad (in foreign currency, especially dollars) and could now be forced into severe debt problems that impede their recovery from the Covid-induced recession.

An even more complicated problem is how to relax QE. Quantitative easing is a new economic mechanism, and no one is entirely sure what will happen when it is reversed. An earlier attempt in the US to phase out QE produced what was called a “tantrum” as bond prices fell sharply and threatened a serious financial crisis.

If central banks run the equivalent of cold turkey, the risk is that asset markets collapse. There is a lot of nervousness that the sharp decline in stock and house prices could undermine consumer and investor confidence, pushing us back into recession.

The orthodox economic response to this dilemma is to combine a tightening of monetary policy (increasing interest rates) with an easing of fiscal policy (increasing spending). But that is much easier said than done. After President Biden got his first stimulus package and an infrastructure bill through Congress, he was unable to persuade all of his colleagues, let alone the opposition, to vote for the legislation. from him Build Back Better. One reason was the fear that he was overdoing the fiscal stimulus and fueling inflation.

On this side of the Atlantic, the British chancellor is now obsessed with reducing the huge fiscal deficit and keeping public debt below 100 percent; in fact, his reputation for fiscal management within his own party depends on it.

But the pressures on Rishi Sunak show how difficult it is to follow a stable fiscal course. Tax and spending decisions are highly political and cannot be outsourced, like interest rate setting, to “experts.” The chancellor decides. Government and opposition MPs are clamoring to cut the 5 per cent VAT on energy and remove the pending increase in National Insurance charges; however, there are few suggestions from these MPs as to what other taxes should be raised instead.

Sunak is having to walk a very treacherous path, considering that there may soon be a leadership competition in which he is one of the main candidates. Assuring his party that he can cut taxes, spend more, and impose strict fiscal discipline, win their support, and then deliver on all three, is probably beyond the ability of a mere mortal. The only shred of comfort from him is that his counterparts in the US, Germany and elsewhere are struggling with the same problem.

But there are bigger, long-term problems piling up: an aging population and a declining workforce; the stuttering of the Chinese growth machine; Brexit; trade protectionism, “decoupling” and “national security” interventions that undermine economic efficiency; the costs of the transition to zero carbon emissions and the clamor for a fairer distribution of income and wealth.

Meanwhile, a particularly clever Covid virus is likely at work on how to create a new round of global economic and medical havoc. It is how governments deal with these challenges, rather than passing scandals, that will dictate who is re-elected and who is impeached.