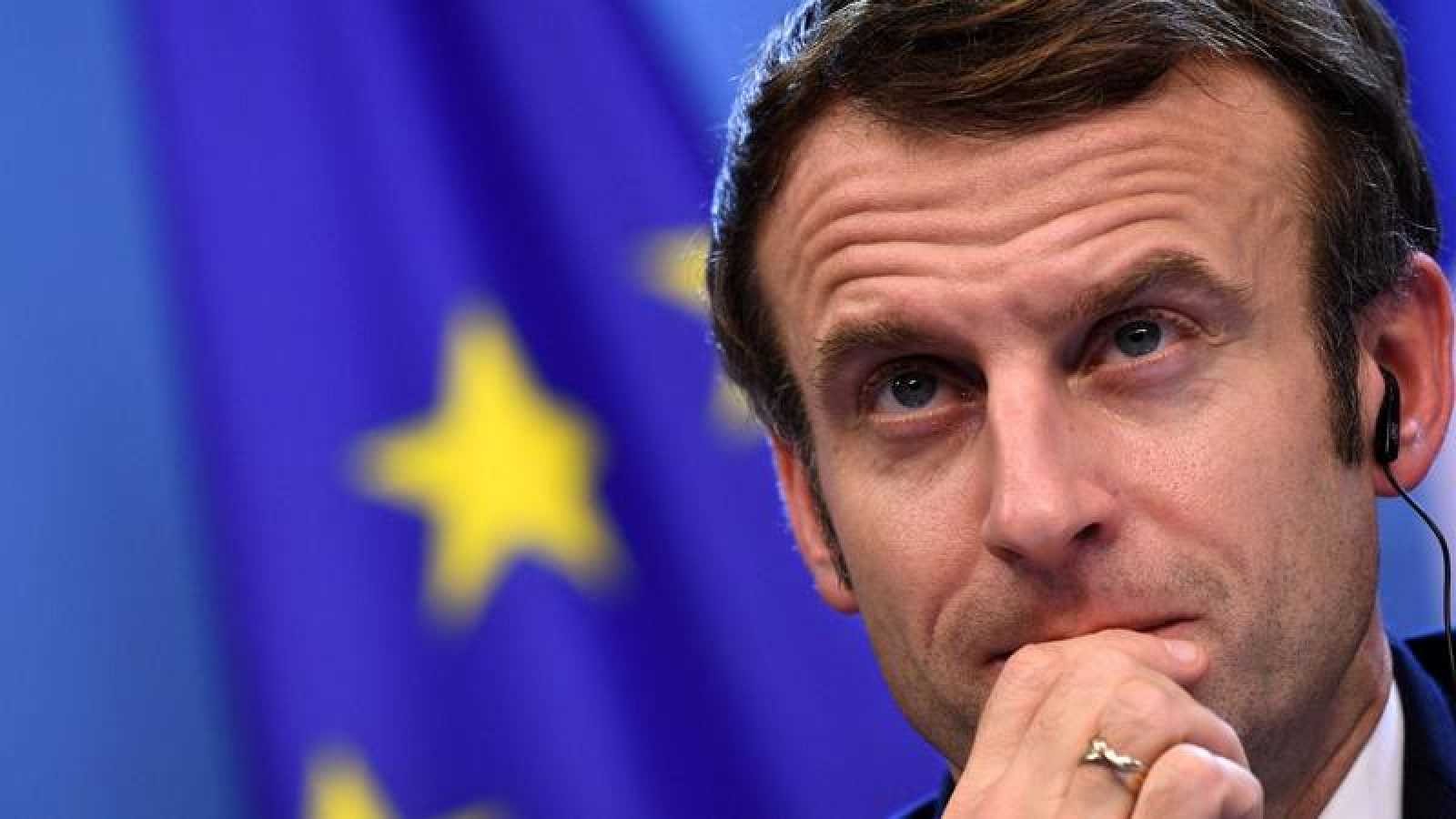 On December 9, the President of the French Republic, Emmanuel Macron, presented his objectives and lines to lead the European Union, during this semester. France picks up the baton of the rotating presidency from the hand of Slovenia, and although Macron’s plans are summed up in the objective of achieving a strategically autonomous and sovereign Europe, no one is aware that this presidency fully coincides with the elections in April to elect the new tenant or tenant (there are three women in the candidacies, the Republican Valérie Pécresse, Marine Le Pen of the extreme Right, and the socialist Anne Hidalgo) of the Elysee.

Macron, who before addressing his plan displayed an EU logo in the colors of the French flag and a commemorative two-euro coin, has always emerged as one of Europe’s strong and key leaders. For many, his figure is now more evident after German Chancellor Angela Merkel has left, but obviously, he will not consolidate as such if he is not, again, the president of France.

Review of the ‘Schengen area’

Macron assured that “it was necessary to move from a Europe of Cooperation within our borders, to a powerful Europe in the world, fully, free in its elections and master of its destiny.” To do this, the first thing he proposes is reinforce borders, with the review of the ‘Schengen area’ and the creation of an emergency protocol, and a reaction force in the face of specific migratory crises as has happened on the border with Poland and within the framework of the confrontations between Brussels and Belarus.

When 27 migrants died in the English Channel in November and the diplomatic crisis between France and the United Kingdom worsened, many analysts were not ignored that Paris convened a emergency meeting between neighboring countries and that it was decided that a Frontex plane would intensify surveillance in the Strait, without counting on the presence of the United Kingdom at that mini Summit in Calais. France had vetoed London over a matter of forms of the prime minister, Boris Johnson, who posted a letter to Macron on social media with his proposals for the migration crisis. The Frontex aircraft decision was made jointly with the European Commission, the Netherlands, Germany and Belgium.

The French president also proposes that the 27 member states have regular migration meetings as the countries of the euro zone do on economic issues.

Of course, migration and defense of borders is, as always, one of the complex issues to reach agreements within the EU.

Plans in Defense, Economy and Health

Macron has also always defended that Europe is more autonomous in military security and that it does not depend only on NATO and the United States. But the fact that France is the EU country with nuclear arsenals raises the resentment of many member states that this initiative, or Macron’s ambition, is only a strategy in which Paris only uses the EU to show and boost your military might. So think, for example, the most pro-NATO in Berlin.

Regarding economic objectives, France also wants a great Summit in March where the 27 discuss plans to curb global warming and achieve a new model of European economic growth for the next ten years, slowed down now by the pandemic, and fluctuations in exports in a world marked by rivalry between the United States and China.

It remains to be seen in the coming months if France succeeds in getting the EU to expand the initial package of 750,000 million euros in the face of the impact of the pandemic, or how the limits of carbon emission are shaped to meet the objectives of climate change , and before Macron’s France that bets, for example, on build more small nuclear reactors and new generation before a Germany in disagreement with this energy source.

But, perhaps, the most immediate thing for the EU will be to quantify the cost of the omicron crossing, for now, in full action.