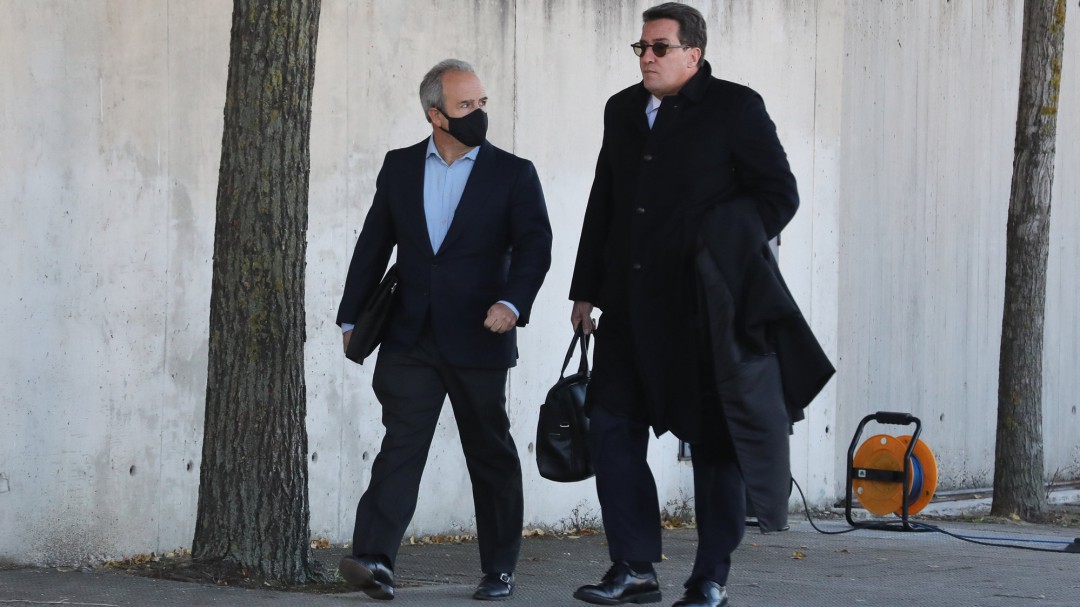 The former mayor of the Popular Party in the Madrid municipality of Boadilla, Arturo González Panero, gave a statement this Tuesday in the trial held at the National Court for the activities of the plot in the municipality he directed, and has aimed at the highest level in the corrupt network from which the plot benefited, certain confessed leaders of the party and supposedly, the same conservative formation.

González Panero, known by the plot as the “meatloaf”, has stated that when the leader Francisco Correa boasted of his contacts with high levels of the Popular Party, it was not “bravado.” He claims to have witnessed how he attended meetings at the “hotel Fénix” accompanied by the son-in-law of former president José María Aznar, Alejandro Agag, or the then vice president “Rodrigo Rato.”

The former mayor asserts that Correa “not only entered the national headquarters of the PP without accreditation”, but also had a “great ancestry in Moncloa.” In this sense, he has narrated how from the palace headquarters of the presidency of the Government, during the last Aznar government between 2000 and 2004, they called him “to suggest appointments” or even to ask “that the garbage collection service spend the 7 days of the week for the urbanizations of Boadilla instead of the 3 that we had been doing ”. “And that”, added the “meatloaf”, “Mr. Correa had told me that it had to be done and that if I didn’t do it they would call me to send it to me”.

Arturo González Panero has delved into Aznar’s alleged involvement by narrating how the hiring of the also accused former PP regional deputy, Alfonso Bosch, took place as manager of the Municipal Land and Housing Company (EMSV), which was used as a vehicle for the Most irregular awards to companies “friends” of the Popular Party.

He maintains that one day “Antonio Cámara, who I knew was working directly with Mr. Aznar as President of the Government [era secretario personal del presidente] He called me, he spoke to me in the plural, he told me that they were very interested, that this person had not entered as a regional deputy and that they had also lost the elections in the Escorial and he was not going to continue as a councilor, because he had an income and well, Mr. Antonio Cámara told me and I named him ”.

The “symbiotic” corruption system of the PP and the Gürtel

Arturo González Panero and also Isabel Jordán, the former worker of another of the corrupt network firms, Easy Concept, have recognized the “symbiotic” relationship between Gürtel and the PP, defined as such by the UDEF inspector, Manuel Morocho, in one of his summary reports. Francisco Correa organized all the Popular Party events and it was there that he met many of the leaders and aspirants to be one in the future. He noticed them and used his company Pasadena Viajes to “attract” them, giving them flights and stays or charging them at a very low price.

Later he tried to collect the favor by obtaining awards in the municipalities where the honored ones governed and distributed these contracts between his own companies and others recommended by the national leadership of the PP because they were habitual donors of black funds. These companies once again paid new commissions for these contracts and the opaque money reverted to the pockets of the network, in that of some of the politicians involved, and again in the Popular Party itself to finance electoral campaigns and other uses such as the already condemned payment. in black of the headquarters, current expenses or bonuses.

The “naturalness” in illegal financing

González Panero has admitted the illegal charges both in the electoral campaign and in the pre-campaign in the 2003 and 2007 elections, and has explained how this corrupt practice was institutionalized in the party headquarters. He has cited “for example” spending on campaign banners. He has said that “from the PP they told us that they were going to pay 30 banners but that we would place 200” and the difference had to be paid “from outside” in reference to payments in black and without invoice to avoid being persecuted for having exceeded the legal maximum limit electoral spending.

“Even from the party”, added the “meatloaf”, they told us to assume the electoral expenses of the municipalities where the PP was in the opposition and they had no possibility of irregular financing “. The prosecutor Concepción Nicolás has asked him who gave the order from the PP and González Panero has replied that it was the “regional manager, I think I remember that it was Beltrán Gutiérrez [imputado por la financiación ilegal del PP en Púnica] but come on, it was a matter that was approached with absolute naturalness in party meetings ”. He has also stated that the still regional president of the PP, Pío García Escudero, called him in 2000 to “place” a position of the Popular Party in the municipal land company.

For her part, Isabel Jordán, who has also admitted the figures and the payment of “envelopes” with amounts of between “3,000 and 12,000” euros, has stated that Francisco Correa had Arturo González “caught by the eggs” because they recorded a video accepting cash. Correa assured him, according to Correa’s testimony, to be “calm” that for that reason, he would have in Boadilla “all the contracts he wanted.”